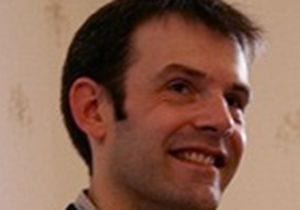 I am very lucky in that 90%
of the time I can forget that I
have epilepsy. Until that
changes I will most
likely maintain my
treatment as it is

Tom is a neuroscientist at University College London. He had his first recognisable seizure when he was nine, but it was a number of years before he got an official diagnosis of epilepsy.

Tom is in his 30s and is a scientific researcher in the Department of Clinical and Experimental Epilepsy, at University College London.  Tom studies neuroscience, and more specifically the mechanisms by which brain cells communicate with each other and how changes in these mechanisms may be involved in causing neurological conditions such as epilepsy.  He is married and lives in Berkshire, where he enjoys cycling and running. He has previously completed the London marathon and London triathlon in support of ERUK.

When Tom was nine, he had his first recognisable seizure.  The doctor who had been summoned recognised all the typical symptoms of a generalised seizure, and Tom was taken to a local hospital where he stayed in a children’s ward for a few days.  Unfortunately all his tests came back normal and a definitive diagnosis was not possible.

Over the next months and years he had many EEG’s, CT scans and then MRI scans as they became widely available, but still everything appeared normal.  His seizures quickly settled into the routine they have followed to this day; whereby he has an average of six seizures every night when waking up or falling asleep, and sometimes (although very rarely) he has one during the day.  Tom’s seizures last only a short time and he quickly recovers and remains conscious throughout.  He explains that on a bad night when he may have between 10-20 seizures, which can be rather disturbing.

After school and University Tom went on to study for a PhD in Neuroscience at Royal Holloway University, where things were finally taken in hand.  Following referral to a specialist, Tom was put on to a video-EEG ward at Charing Cross Hospital, and after a few days a seizure was recorded as he was waking up one morning. Finally an evidence-based diagnosis was possible, and he was diagnosed with frontal lobe epilepsy.

Tom has always been very open with friends and colleagues about his epilepsy, as he firmly believes it is vital that people are aware of and understand the condition, but he tells how it can still be quite disconcerting for others witnessing a seizure.  “I was running with some friends, and felt a seizure coming on so found a safe place nearby.  I had my seizure, got up and walked back to my friends.  Everyone looked horrified!  Thankfully I remain conscious during my seizures so I can explain what has happened to me, and I think this helps people understand the condition”.

Tom has taken many different medications over the years but is now at a watershed. He cannot remove any of the three drugs he takes as his seizures will increase in frequency again, so he says he has two options: he could add a fourth drug or investigate surgery as a possible next step.  But he goes on to say that he is very reluctant to make any significant changes to his treatment regime, “I am very lucky in that 90% of the time I can forget that I have epilepsy. Until that changes I will most likely maintain my treatment as it is”.

Tom is full of hope for the improvement of epilepsy treatment in years to come: “As research makes progress we will discover more effective treatments and many more will be able to become seizure-free”.  He is also very hopeful that surgery will make great advances, especially as the less invasive and more targeted methods in development start to become realised.