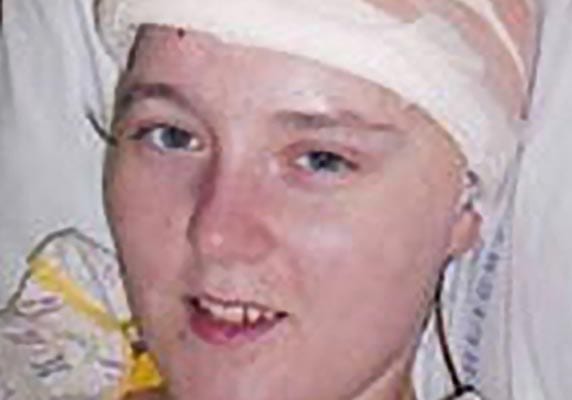 Raising awareness of epilepsy is important as it does not get the profile that it should.  And research is vital to finding out what causes epilepsy and how to treat it.

Sam, now in her late twenties, has just announced a landmark date.  This year she will be 10 years seizure free, following surgery in her late teens.  This is her story.

Sam has two brothers, both of whom are older than she is, and she is the only one in the family to have epilepsy.  Sam’s mum believes that her daughter’s epilepsy might have been triggered by a febrile convulsion that she had at the age of one following a severe attack of tonsillitis.  But as far as Sam is concerned, it all started in adolescence when she was about 11/12.  She noticed that she had periods that left her feeling ‘dazed’ and then she experienced rare but full-blown seizures that gradually became more common; resulting in 1-2 seizures a week.

Up until the age of 16 Sam was under the care of the Pendlebury Children’s Hospital (now closed), and thereafter at the Hope Hospital in Salford.  She was prescribed medication (four or five different sorts), which appeared to have no side-effects but did not stop the seizures.  From the ages of 13 to 16 Sam began a period of MRI scans, EEGs and 24-hour monitoring to try to find an explanation for her seizures.  But nothing was found.

Her school years were difficult. She remembers that following a seizure she had to sleep or return home, and when things became too much she would simply find refuge in the library.  Exams were a particular problem as she would experience panic attacks, anticipating the worst, so she was allowed to sit her exams in a small room with a group of similarly affected children.

Sam does not remember her first seizure but remembers that they could take place “anywhere and everywhere: in the middle of the road; at a pelican crossing; even at the bus stop”.

However, Sam’s epilepsy has never got in the way of her doing the things she wants to do.  She has taken part in almost every sport imaginable; from gymnastics and swimming, to sailing, badminton, tennis and boxing.

Eventually she was sent to the National Hospital for Neurology in London.  Although this was a long way to travel for appointments, Sam was reassured by the knowledge and expertise of the specialists there who deal with patients of all ages.  They were able to explain the risks and benefits of possible surgery and the fact that they were very positive about surgery for Sam made the decision that much easier.  So it was here that she underwent successful left temporal lobe surgery at the age of 19 following extensive tests to locate the area in the brain which was causing the problems.  Initially Sam was prescribed two drugs following surgery,  but currently she is taking just levetiracetam.

In her matter of fact way, Sam did not view her condition “as a big deal until at 21 I went to college and met another lady with epilepsy and for the first time I saw a seizure.  It was very scary”.   She acknowledges that one of her brothers is scared of the condition and tries to ignore it.

Since her surgery, Sam has been seizure free and feels as if she has been given “a new life”.  She feels completely different, and has noticed a dramatic positive change in herself. Sam has now been driving for over two years, and early in 2015 she decided to embrace an opportunity to travel to Australia with her boyfriend, where she stayed for 12 months, working and blogging about her experiences!

Sam has always fundraised for Epilepsy Research UK and now that she is back in the UK she has already signed up for the Manchester July 2017 5k colour run.

She says “Raising awareness of epilepsy is important as it does not get the profile that it should.  And research is vital to finding out what causes epilepsy and how to treat it.”