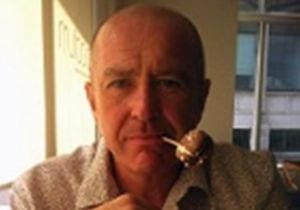 To anyone else in a similar
situation I would say don’t
give up, and don’t be afraid
to ask your consultant
for assistance

Paul, 51, was diagnosed with epilepsy in 2014. Although he experiences brief auras only, his condition has had a significant impact on his life.

In 2014 I was shocked to be diagnosed with epilepsy. I had always thought epilepsy was a condition brought on by flashing lights resulting in violent seizures, but how wrong I was.

It all started in 2013 when I had a few occurrences of smelling burning. I mentioned it to my girlfriend one day and she immediately asked me to see my GP. Her mother had died 2 years previously of a brain tumour, and as part of her research into her mother’s condition she had come across information that tumours could cause changes in the brain that manifested as a burning smell. To placate her, I agreed.

I visited my GP who ran some basic tests – nothing neurological, but what I would term normal, physical, reactive tests on my whole person, which were all fine.

I was referred to a consultant neurologist who sent me for an EEG (as I understand it, a brain function reading). This came back ”inconclusive”. Prior to the test I had been asked a range of what I thought were unrelated questions, and had answered yes to experiencing ”deja vu” (which I now know is another sign of epilepsy). Up until this point, however, I still had no idea what they were actually looking for.

I was then sent for a ”sleep EEG” (where I had to go to bed far later than normal and get up much earlier also, so that when I undertook the test, I was primed to go to sleep). Although was in a very noisy room and my head was covered in electrodes, I did manage to drift off briefly. However nothing was said to me at the end of either EEG by the people conducting the examinations.

Some considerable time later (certainly weeks, but I cannot say for certain how long) I received a letter from my consultant saying I had epilepsy, and that he prescribed specific medication. I was absolutely aghast. How could these ‘episodes’ I was having be epilepsy? They were so brief –  disappeared almost as soon as I had them – and they didn’t affect my consciousness at all.

I was given limited information about my condition, but after a lot of my own research I discovered that what I was experiencing were auras, which in themselves are simple focal seizures. Usually auras come before a more complex seizure, but I discovered that sometimes – as in my case – they happen in isolation and don’t progress. I decided against taking anti-epileptic drugs because my auras were (and still are) so infrequent, and they had no effect on my daily life or work. I didn’t think that the benefits would outweigh the risk of unpleasant side effects. I still haven’t told anyone at work about my auras, because there is no need, they are not noticeable.

However! My condition has caused major problems with regards to driving, and in this respect it has turned my world upside down. When I spoke to my GP soon after diagnosis, she advised me not to drive and to advise the DVLA immediately of my condition. I had actually arranged to see my consultant in any case some 6 weeks hence, so I stopped driving of my own volition (epilepsy rules state you have to be clear of all ”seizures” for 12 months or more before you can apply to have your driving licence reinstated).

When I met with my consultant, he said that in his professional opinion I was perfectly safe to drive, because I had never had any seizures that affected my consciousness in any way. However, he insisted that I inform the DVLA. He wrote to me confirming that I was able to drive and I sent that letter (along with my own covering letter) to the medical department at the DVLA. Some weeks later they sent me their epilepsy-specific form, which I duly completed and returned. I heard nothing for some considerable time and I thought that was the end of the matter.

Then, out of the blue, in January 2015, I received correspondence from the DVLA advising me that my licence was being revoked immediately following the date of their letter, but that I had the right to appeal.

It was evident to me that they hadn’t read my consultant’s original letter, which clearly stated that I was safe to drive; they had just seen the word ‘epilepsy’ and to them that meant no driving.

This was a real blow, and I was especially bemused by length of time it had taken the DVLA to contact me (I had been driving with my consultant’s backing since my initial consultation). I have elderly parents who live some distance away, and I rely on my car to visit them regularly (public transport is not feasible). My 82-year-old father is not physically able enough to make the long journey to me.

Following a completely unrelated accident where I have been injured, this has proved extremely stressful for everyone.

I contacted my consultant who kindly wrote a letter to the DVLA (to accompany my correspondence, appealing against their decision), stating that my condition was purely that of an ”aura” of smelling burning, and that the ”aura” was a rare occurrence in any case. I am waiting to hear the result from the DVLA still.

The most frustrating thing is, if the DVLA had read all of my initial correspondence, this anxiety and upheaval would have been avoided. I am, in the opinion of an eminent neurologist, perfectly safe to drive, but I’m not allowed to because of the stigma and lack of awareness that still surround epilepsy.

Update, February 2015: I am delighted to report that I have been granted my driving licence back from the DVLA. It took a while, but with the help of my Consultant, I was able to prove my ability to drive. To anyone else in a similar situation I would say don’t give up, and don’t be afraid to ask your consultant for assistance – their opinion will hold the most weight with the DVLA!