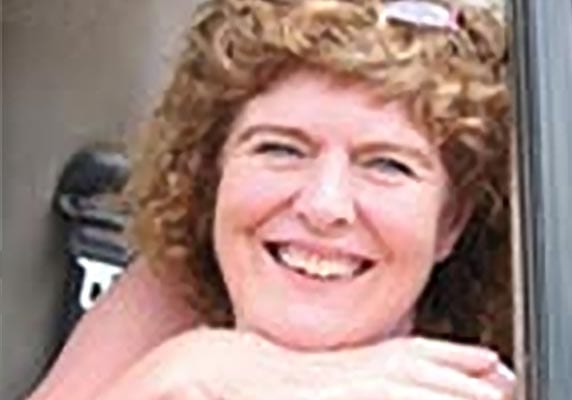 Margaret, a former nurse, developed epilepsy when she was in her fifties. Her memory has been severely affected by recurrent seizures.

Margaret is in her sixties. She is married with a son, and she and her husband spend most of their time in South West France. Margaret qualified as a nurse in her early twenties, but after a while realised it wasn’t for her. Later in life she became involved in doing something she loved – interior design. She is now retired and enjoys travelling, patchwork quilting, socialising and watching rugby with her husband.

Margaret was diagnosed with epilepsy in 2006 at the age of 56, whilst living in Edinburgh; and one of her first major seizures occurred at work whilst she was putting up a display. She remembers having had a seizure some time before this when living in France, but a doctor there said it was a one-off and no action was taken. She now thinks that she may also have been having some nocturnal seizures at that time, which she and her husband believed to be bad nightmares.

At first the cause of Margaret’s epilepsy was not clear, but doctors felt it might be linked to the extreme stress that she and her husband had been under for the previous five years whilst living in the South of France.  However, Margaret discovered that her father had experienced absence seizures later on in life, and that her paternal grandfather had had tonic clonic epilepsy. It is possible therefore that Margaret had a genetic susceptibility to epilepsy that was triggered by the stress.

After her diagnosis Margaret trialled a series of anti-epileptic drugs, but she did not respond to them. She was experiencing both absence seizures, during which she lost the ability to speak, and tonic clonic seizures, and they were becoming more frequent. It reached a point where she was having three or four tonic clonic seizures and multiple absence seizures every week. She went into status epilepticus a number of times, and was hospitalised on many occasions.

During this time Margaret was living alone. Her son visited as often as possible, and was extremely supportive; but he worked abroad a lot, and she spent a lot of time feeling afraid. She didn’t dare go out alone for fear of having a seizure in the road, and she was scared to use the iron or hob in case she had a seizure and burnt the house down. Her house was fitted with a key box in case a doctor/paramedics needed to get into her house urgently, and she was also given an alarm that alerted a medical team if she went from being vertical to horizontal too quickly. If the alert was raised a member of the team would telephone Margaret and if she didn’t respond they would send medical help to the house. This saved her on a number of occasions.

This situation continued for four years, and Margaret felt that she was not getting the most effective level of care from her neurologist. In 2010 she approached her GP for advice and was referred to a different neurologist, who prescribed a steadily increasing dose of Lamotrigine. Margaret had already tried lamotrigine in the past, however the dose had been very low and the previous neurologist had switched to a different AED without trying to increase the levels. Margaret found that with higher levels of lamotrigine, her seizures were controlled.

She has now  been seizure free for almost three years, and is reunited with her husband.  Approximately six months ago Margaret started to experience stress-related nocturnal (tonic clonic) seizures; however these are now controlled with additional medication. Despite her seizures being controlled, however, Margaret is still very aware that she has epilepsy and she is constantly afraid of having another one.

Lamotrigine causes Margaret some problems with her balance, and she and her husband have made adaptations to their house and surroundings in order to reduce the risk of accident. However the major lasting impact has been on Margaret’s memory. The medication causes her some short-medium term memory loss; however it is the effect of the repeated seizures she experienced on her long term memory that has been most significant. Huge chunks of the last 40 years have been “wiped away and are gone forever.” Margaret doesn’t remember her wedding day 40 years ago, the birth of her son, trips to London; or the once-in-a-lifetime holiday to America that she went on with her husband.

It is devastating for Margaret to have lost these precious memories; and also for her husband and son who can no longer reminisce with her. It’s also very difficult for Margaret to explain it to others. When they socialise, Margaret often feels she has to make a point of telling people about her epilepsy and memory problems in case they wonder about some of the questions she might ask or the things she might appear not to know.

Over the last three years, Margaret and her husband have revisited some of the places that they went to before her epilepsy developed, and she has been able to form new memories. She feels that if treatments were more targeted, and if there was a way of preventing memory loss due to recurrent seizures, this would improve the lives of people with epilepsy enormously.