Inspired by her son Jack who lives with epilepsy, Leah and friends Anita, Laura and Toni recently took on the 25K Broads Walk Challenge in aid of Epilepsy Research UK. We caught up with Leah to discuss the disruptive impact of the conditioning on family life and why she is committed to supporting vital research into epilepsy.

When my son Jack was four months old, he began making some unusual movements – crunching up his core and throwing his arms out to the side. After a week or so we took him to the doctors to describe the activity. They said it sounded like some sort of wind, stomach cramps or similar. We tried a treatment for wind, but his actions continued.

Unfortunately, we know that Jack sustained a brain injury at birth. This eventually led to the diagnosis of infantile spasms, and later epilepsy and global developmental delay (GDD). He has just turned seven, is still non-verbal and only started to take steps about two years ago. The combination of GDD and epilepsy means that Jack is at a special needs school, and we worry if he’ll ever be able to live independently or have a job. We think twice about things like booking a holiday: What if he has a bad seizure while we are away? As Jack has never known any different, he takes it all in his stride and is a very happy little boy. Although he cannot tell us if he can feel a seizure coming on, he can certainly still communicate his needs.

There are many great charities out there and lots of people doing different things to raise money for all sorts of different causes. However, for me, the glimmer of hope that one day research might lead to a cure for epilepsy is what keeps me going. As a parent, watching your baby have a seizure makes you feel quite helpless. By fundraising, at least you feel like you’re doing something to help.

We’re quite lucky with Jack at the moment. On a good run, and when his medication is at its most effective, he might only have one seizure a month. Imagine if research could guarantee only one a month, or one every six months. That would give him the energy to focus on his development, to learn to talk and hold a conversation with us. 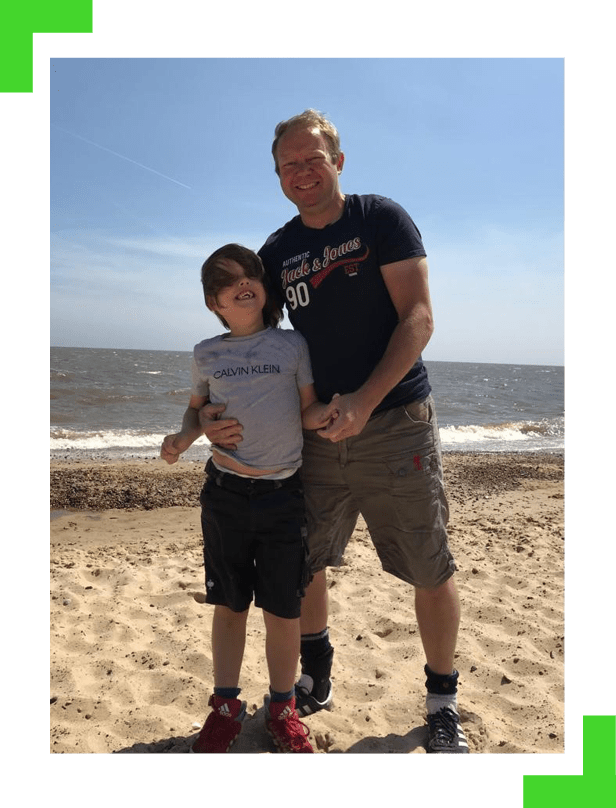 My real hope is that the next Mum sat at the hospital with her baby gets told “we think your child is having seizures, but it’s ok, we have this amazing treatment that will stop them”.

You can STOP lives being interrupted by epilepsy. Your donation will fund only the best research to help to achieve this.