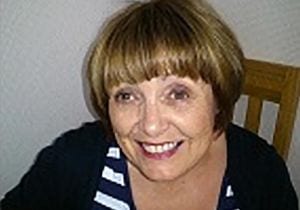 “I felt it coming on. I knew I was going to have one and would try to fight it  …. but you can’t

Joan, a successful kitchen designer, comes from a family of seven siblings, three of whom have epilepsy.  Joan herself was diagnosed with the condition at the age of 11 and was happy that her twin sister was not similarly affected.  As Joan herself says “I could cope with it but I didn’t want her to have it”.  Epilepsy appears to run in the family, as Joan believes her father’s sister may have had the condition and she thinks that her father, although not officially diagnosed, may have had ‘petit mals’.  Joan herself has two sons, one of whom has also been diagnosed with epilepsy.

Joan, who readily admits that her memory is not as good as she would like, says that her first memory of being diagnosed is when she was at secondary school and she woke up in hospital, with her mother by her bedside, unaware of what had happened. She was didn’t know where she was and she had no memory of the seizure itself.  She remembers sleeping a lot – on and off  – whilst she stayed in hospital.  The second time it happened she remembers that “the whole school had stopped, and through a haze I saw that all the children were lined up as I was taken by ambulance to the hospital”.  Joan remembers that this went on for years, even to the point that some of her school friends would ask her to “have fits” so that they didn’t have to go to the French lesson!  Mostly though Joan did not remember the seizures themselves, but does recall feeling very tired after an episode and would sleep through most of the day.  On one memorable occasion she had two seizures in a day and slept for most of the week after.  Finally Joan was referred to a specialist who kept a close eye on her and her medication.  If she suffered a seizure at home, she was taken to the doctor who would check her over, monitor her drug regime and make any adjustments that he thought necessary.  If the seizure took place at school, she would be taken to hospital. In hindsight, Joan recalls feeling angry before a seizure, and had a kind of premonition “I felt it coming on. I knew I was going to have one and would try to fight it  …. but you can’t”.

From the ages of 11-15 Joan’s epilepsy was not well controlled as the doctors and specialists tried to find the best drug regime to control her condition. Finally,  Joan was prescribed Phenobarbital, which she believes had an effect on her memory.  Her medication was then changed to Phenytoin, which suited her well and meant that she was seizure free for 20 years.

However, Joan believes that her long term memory was severely affected as she does not remember episodes from her childhood that her twin sister happily recalls. After 20 seizure free years,  Joan’s seizures recently returned. She has now been prescribed lacosamide, which she seems to tolerate well; her seizures are controlled and she feels less sleepy.  Happily, within the last couple of months Joan has got her driving licence back and has treated herself to a new car.

Joan’s son Richard was diagnosed with epilepsy at 17, when he had just got his driving licence.  Joan says that she was “devastated at the time as I really didn’t want him to have it. But we don’t let it rule our lives”.  Richard is now 26 and happily married.  His condition is medically controlled, he is working and he is now driving again.

Joan firmly believes that research is the way forward “It is 100% important.  Breatkthroughs in research will help us to find out more but we need to let people know.  Raising awareness is important”.  As Joan reflects on her life she says “I wish I hadn’t been afraid to talk about it …..of being judged.  I realise that people said a lot of negative things to me – because they didn’t know and don’t understand epilepsy.  So I spent years not telling anyone … now I couldn’t give a hoot.  I sometimes think if I was to say to a stranger ‘what is my disability?’ they wouldn’t be able to say and might think it is that I am short!”

This typifies Joan’s lovely warm character and her philosophy, which is best summed up in her own words “You just get on with it ….. you could have a lot worse things”