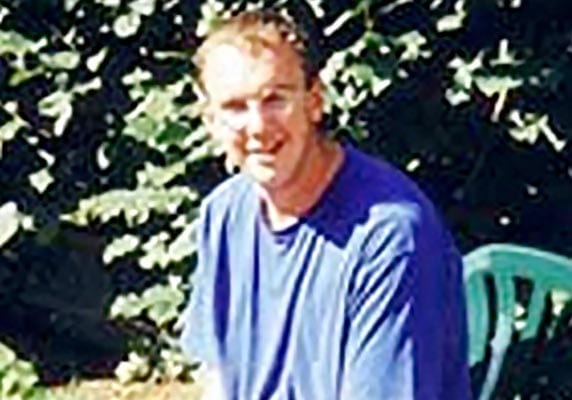 David died of SUDEP when he was just 23 – approximately six years after he was diagnosed with epilepsy. His parents, Richard and Heather, tell his story.

His parents, Richard and Heather, tell us:

“David was brought up in Cheddar, the youngest of three children.  He was 17 when his epilepsy began. His first seizure happened several months after a head injury sustained from a collision with a tree when out running one morning. David had grown so quickly that we believe he hadn’t adjusted his extra height to surrounding hazards.”

Having initially found his diagnosis very difficult to accept, David showed enormous courage in trying to live a normal life. He achieved very fine A-Level results which enabled him to gain a place at Somerville College, Oxford to read Physiology (Medicine). David made many friends at Oxford and his already tremendous sense of humour was significantly sharpened into his characteristic “wicked” wit! He completed his finals to “First” Degree level. After his three years at Oxford he spent the last year of his life in London training for his MD at University College. He achieved very good results in all his first year exams in London but died the day after the first year finished. He would probably have ended up doing medical research after completing his MD. Because of his epilepsy he was fascinated by neurology.

David didn’t want to be “mothballed” by his condition and continued to enjoy activities like rowing at Oxford and surfing in Cornwall despite his awareness that these activities are normally unavailable to people with epilepsy.  The restriction that he found most difficult was the fact that he was banned from driving. He owned two cars at different times and loved the independence this gave him but after diagnosis he had no hesitation in notifying the DVLA immediately which took a lot of courage. He enjoyed socialising with friends where he was often the life and soul of a party though he needed to be careful over his alcohol intake. We are so pleased that we didn’t restrict or limit his activities and this helped him to really enjoy the vast majority of the time.

As a family we were all well aware of the risks and tried hard to control the stresses induced by the worry that David’s condition caused. Fortunately all members of the family were mutually supportive of each other and were thus able to give David the support that he needed, as did his girlfriend Shelley. His family was very important to him. We were all thrilled with David’s immense achievements in the six years of his condition and so grateful for his sustained mental brilliance and good humour. His courage rubbed off on all of us.

“People with epilepsy want to be treated normally, I think. However hard, it is important for those around them to understand the condition and to remain calm during a seizure and reassuring as the seizure ends and consciousness returns (that’s the frightening time for the affected person). To provide a secure, loving environment is crucial; to try not to be too restrictive over activities that might be incompatible with epilepsy (though I accept that this is tricky and needs delicate judgement). To be willing to talk about the condition and the problems facing an epileptic; to understand that there are times of great sadness and depression which have to be worked through with sensitivity. I think it’s also important for the carers, be they parents, family members or friends, to have access to someone they can lean on for support when the need arises.

Richard and Heather have been tireless fundraisers on behalf of Epilepsy Research UK, believing that research holds the answer to a life free of epilepsy.  Fundraising has also provided them with a positive focus: actively helping to advance our understanding of the condition and raising awareness of the issue.  It’s also been a good way of keeping in touch with David’s friends. “The support they (as young people) have provided has been inspiring and Heather and I are greatly honoured by their occasional visits to Somerset – and we’ve been to the weddings of two of David’s friends!”.

Our thanks go to Richard and Heather, their family and friends, for the extraordinary contribution they have made to supporting our research through the David Scourse Memorial Fund.