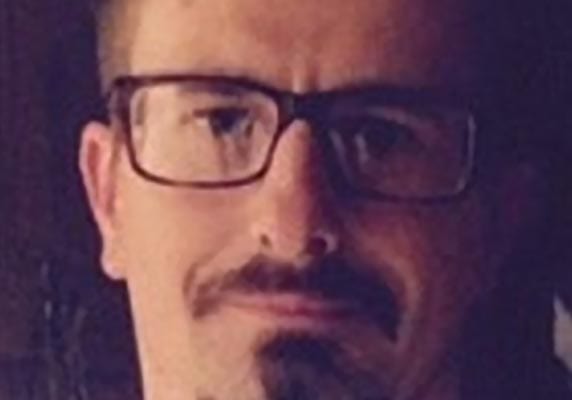 I wasn’t diagnosed with epilepsy
until I was 18, which is
when I had my
first seizure

Dave was diagnosed with epilepsy at the age of 18. Although his seizures are controlled he still has side effects, including mood swings, anxiety attacks, auras and problems with memory. Here he talks about his experiences.

“I wasn’t diagnosed with epilepsy until I was 18, which is when I had my first seizure. I was on my way home from work and had to go into a shop to buy batteries for my Walkman (yes, I’m that old!). Whilst in the shop my vision started to flicker and I felt a sudden feeling of panic. I left the shop as quickly as I could and once outside my body seized up. The right side of my body began moving inwards and the left side locked into place, which meant I was standing on the spot involuntarily spinning around in circles. My neck was tilted backwards and locked in place and the last thing I remember was the sky spinning, confusion and panic. At this point I blacked out and collapsed. I woke up three hours later in Bristol Royal Infirmary with my parents there.

I was discharged the same evening and told I would need tests to determine what had caused the seizure. Once I got home from the hospital, I don’t think I left the house for around two weeks in fear that it might happen again.

I had an MRI Scan, a CT Scan and an EEG (whist having a flashing light directed at my face, which even for someone without epilepsy wouldn’t be pleasant). After the tests I was officially diagnosed with epilepsy and for the past 16 years I have had to take anti-seizure medication twice a day. I will most likely have to continue doing this for the rest of my life.

How does it affect me now?

Although my epilepsy is well managed by medication I am still affected by some less noticeable symptoms. I experience mood swings and anxiety attacks, and some days I panic about leaving the house to go to work or even to go to the supermarket to buy milk.

My memory – long-term and short-term – occasionally lapses. Some long-term memories only exist for me because there are photos – I have no recollection of the event. With regards to short-term memory I can forget a conversation whilst it’s still happening, so if you find me saying yes to a ridiculous request that’s probably why!

I can also have trouble concentrating and paying attention during conversations and performing tasks. A few lines of something I’ve heard will get stuck in my head – a movie line or song lyric – and it will repeat itself over and over and no other thoughts can get through. This can last for several minutes.

I sometimes have an intense feeling of déjà vu. It can be so strong that it becomes confusing, causing paranoia and anxiety.

I experience “auras”, which happen in different ways. Most commonly for me my senses are heightened, and sounds become so loud that it’s like someone is shouting in my ear. My vision seems brighter and the colours seem more intense.

I haven’t openly discussed this with family or friends before, so I’m expecting some mixed reactions. There are so many people who experience the same symptoms as me and have learned to hide them, but they will always be there.

There is still little awareness about epilepsy, and I’d guess that 80% of people who know me don’t know I have it (until now of course!). It’s very likely that you all know someone who has epilepsy – a family member, friend or work colleague – and you aren’t aware of it.”

Dave is fundraising for Epilepsy Research UK by running the Bristol to Bath Marathon on 25 October (https://www.justgiving.com/DaveHellings/). We wish him the very best of luck!