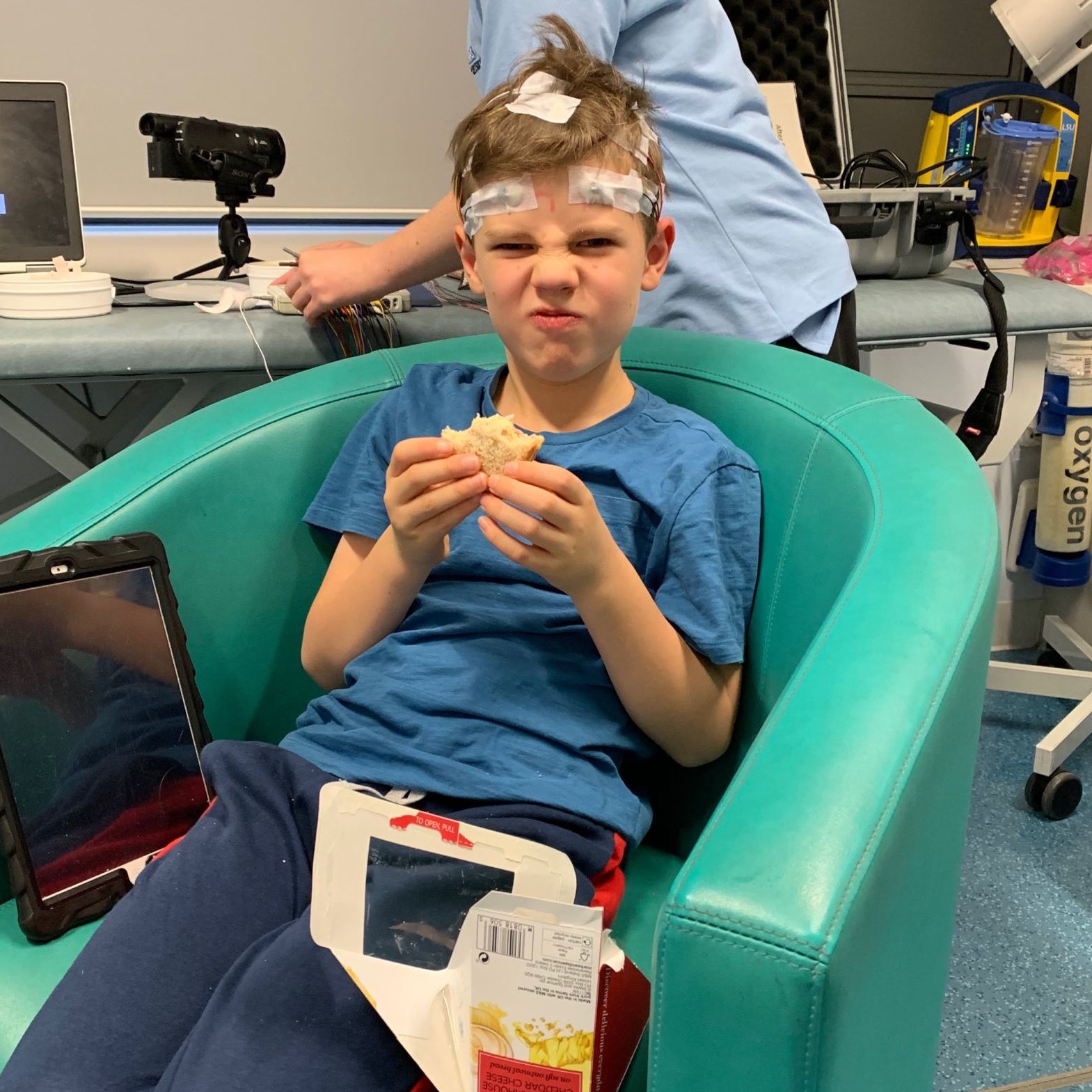 Seizures are so much more common than people think, so it’s shocking how underfunded epilepsy research is.

Richard is taking on the first-ever #Brainathlon this month to raise money for Epilepsy Research UK, inspired by his son Jasper, who lives with epilepsy. We spoke to Richard and his wife, Alice, about the impact epilepsy has had on their family and why they are committed to supporting research.

Richard – you’re taking on the first-ever #Brainathlon this month – how would you describe your abilities as a walker, runner and climber?

Richard: A decade ago I was quite fit. I even ran half marathons. But between family life, work commitments and now lockdown, I let my fitness go. In recent years I’ve been lucky to squeeze in a quick walk around the park. I hadn’t run for at least a couple of years before I started training for this. Building my fitness back up has been quite daunting, and it’s a lot harder to get back in shape now I’m, let’s say, past the age of peak fitness!

The #Brainathlon is supporting Epilepsy Research UK, Brain Tumour UK and Brain Research UK. Why do you think it’s important to raise funds for neurological research?

Alice: Obviously, we have a personal interest in seeing more research done into epilepsy. But one thing that really struck us when we started fundraising was the number of friends and colleagues who got in touch to say they had experience with epilepsy as well. Richard sent an email to some of the people in his office to let them know he was taking part and we were shocked by how many replied to say their child, sister or niece has epilepsy too.

Seizures are so much more common than people think, so it’s shocking how underfunded epilepsy research is and how limited the treatment options are. Our son Jasper is only 11. If more research could be carried out now it would mean by the time he’s grown up, there could be new treatments that allow him to live a normal life; drugs free of side effects or maybe even a way to be free of epilepsy altogether. 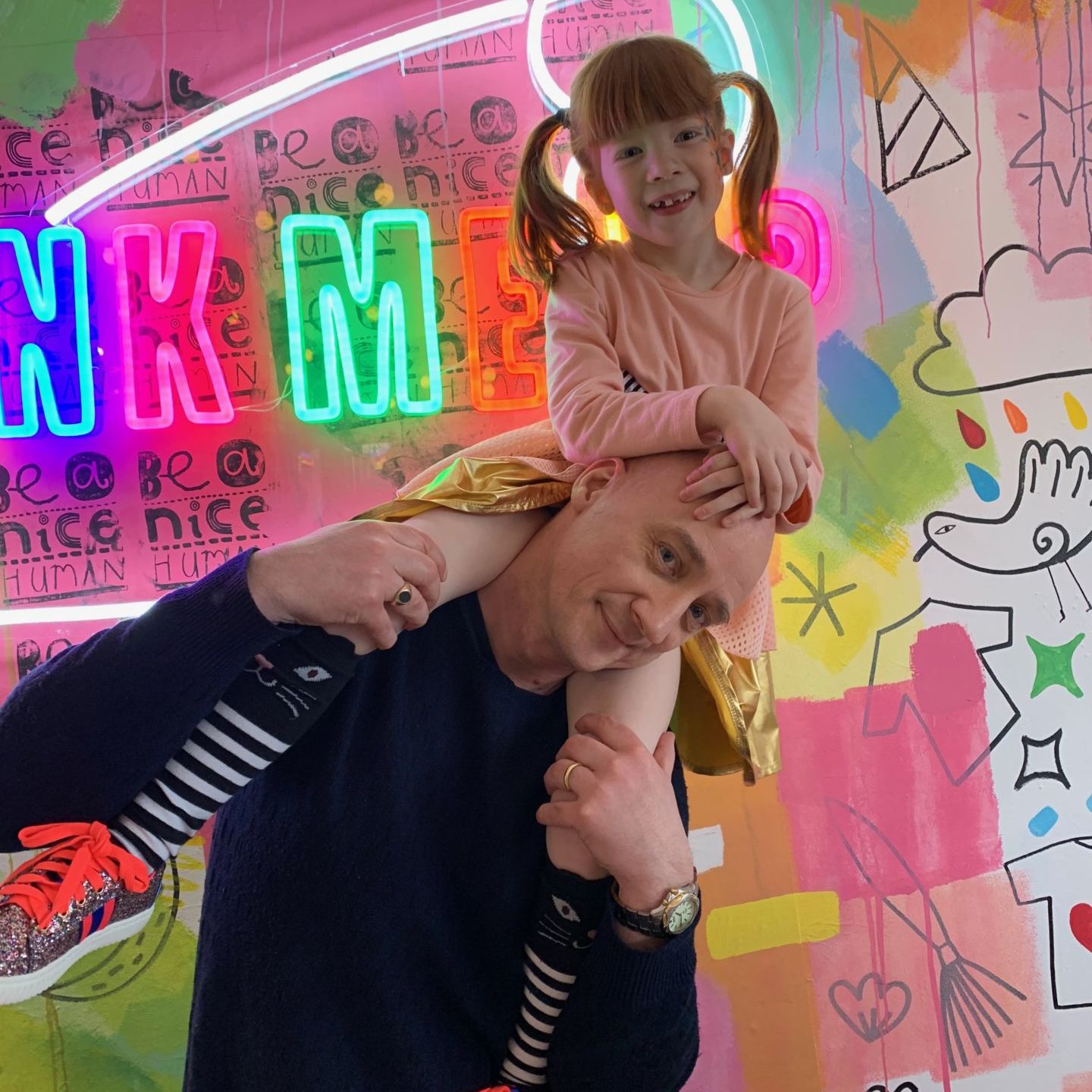 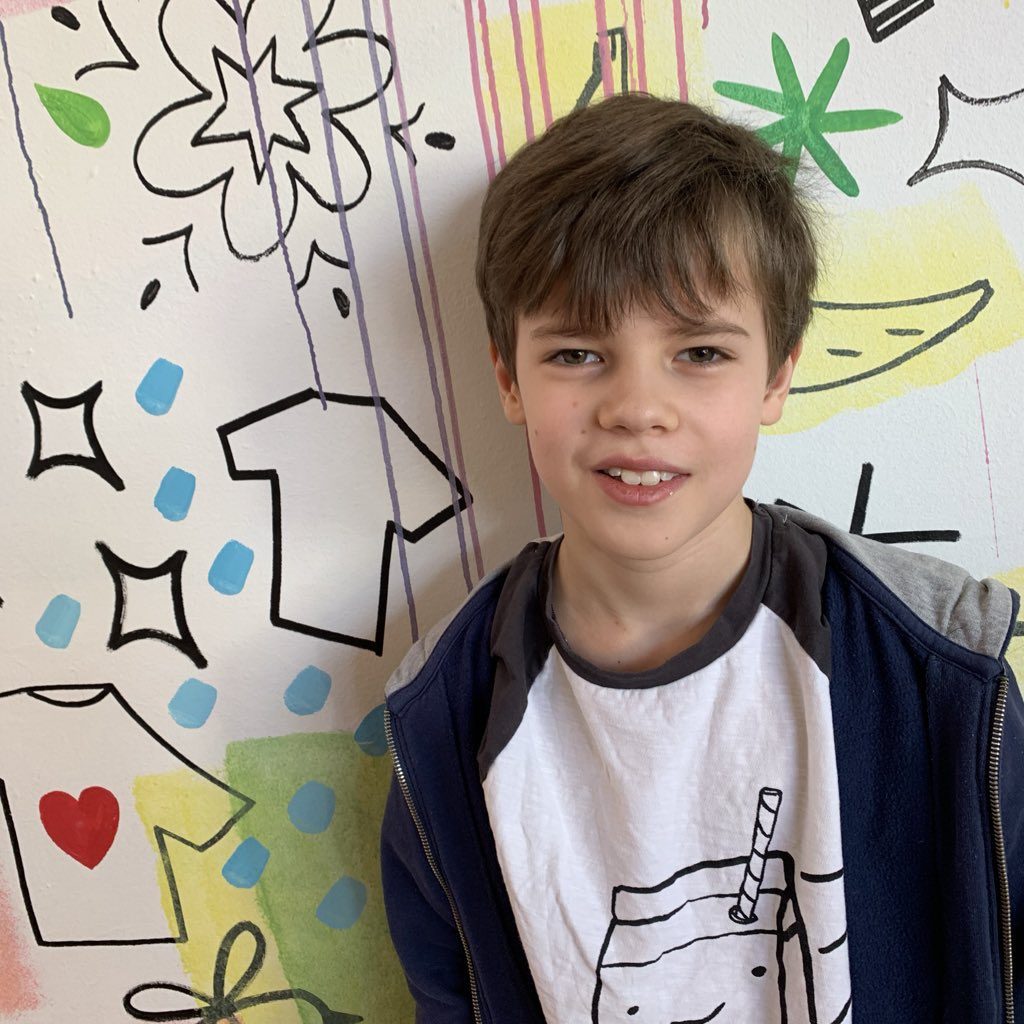 How did you find out your son Jasper had epilepsy? What was your immediate reaction to the news?

Alice: Jasper’s epilepsy story has two chapters. He was diagnosed with infantile spasms at five months, but we were one of the very few lucky families for whom treatment worked. Infantile spasms are a form of epilepsy usually associated with other, permanent conditions so it rarely responds fully to treatment. In Jasper’s case, there were no other conditions, and the medication did work. By the time he was one he was back to being a healthy and happy little boy, completely drug and seizure-free. We asked at the time what the chances were of the epilepsy returning, but so few children come through infantile spasms with no obvious cause the doctors said they simply didn’t know.

That was it until he was nine. We were on the bus on the way to school one day and I noticed Jasper had gone rigid and his eyes were at a weird angle. He came out of it after a few minutes and when I asked him about it, he said this happened all the time and he’d been meaning to talk to me about it.

Because of what he’d been through as a baby, I knew what it was straight away. I dropped him at school and waved him off as though nothing had happened. I didn’t want to worry him. I then walked around the corner, out of sight of the school, and broke down. I sat in the driveway of someone’s house and just sobbed and sobbed for about an hour.

Alice: We try as much as possible not to let it, but it has. For Jasper, the biggest interruption has been to his school and social life. During Year 5, the seizures became so frequent that it wasn’t practical for him to stay in class. He couldn’t follow what was going on in lessons and was so exhausted it was making him more ill. Getting him to school was impossible – I can’t drive and we couldn’t travel by bus without him having a seizure.

In the end we decided to home school for a couple of terms. It was the best thing for his learning, but it meant he missed out on so much in the way of social life. Jasper is back at school now, but it’s been difficult for him to get back into it. He’s had to work incredibly hard to build up his stamina, catch up on the work he’s missed, and reforge friendships. The effects of that kind of interruption last a while.

Richard: It’s also been hugely difficult for his little sister. She’s just turned seven and doesn’t fully understand what’s going on when Jasper has a seizure.  All she knows is that one minute she’s playing happily with mummy and the next that all gets interrupted because everyone has to pay attention to Jasper. A few months ago, she had to take a short course of antibiotics. It tasted foul but she loved taking it because, she told us, now she had to take medicines like Jasper she’d get attention too. We could not have felt worse.

Jasper is back at school now, but it’s been difficult for him to get back into it. He’s had to work incredibly hard to build up his stamina, catch up on the work he’s missed, and reforge friendships. The effects of that kind of interruption last a while.

Alice: Of course, one day we would like a complete cure, but epilepsy is complicated and it’s not really just one condition, so that could be a long way off. What can and should happen now is a new generation of drugs.

Richard: We have had amazing medical support throughout, but if I’m honest, I don’t feel the side effects of these drugs are taken as seriously as they should be. For too many people, Jasper included, seizure control can only come if you accept side effects that are utterly debilitating. What’s the point of stopping the seizures if Jasper is so depressed and full of panic attacks, he can’t leave the house, or so dazed he has no idea what anyone is saying to him? That’s not a cure; that’s not even ‘managed’. We urgently need more targeted treatments, and that can only happen with research.

Sign up to take on your #Brainathlon challenge before Monday 19 April 2021 here.