What is Deep Brain Stimulation

Deep Brain Stimulation therapy (DBS) is one of the techniques that a lot of people are talking about, but what does it do? Is it for everyone? And how far along is the research into epilepsy ?OverviewDBS is a surgical procedure (an operation).  It involves implanting an electrode into the brain and a  ‘neurostimulator’ into the chest.. The stimulator activates the electrode, in the aim of blocking signals from the brain which trigger a seizure.DBS is  one of several different types of ‘neuromodulation’, which include vagus nerve stimulation. It is very widely used for Parkinson’s Disease. The technique is essentially the same for epilepsy, although the specialists are targeting a different area in the brain.It is still a new treatment, and it’s not always available on the NHS in England for treating epilepsy. However, the results so far show that it can sometimes be very successful in reducing seizures and/or making them easier to deal with.Why is it done?The brain works through sending electrical signals, or ‘impulses’. A seizure is caused by the brain firing off a lot of cells abruptly. DBS aims to correct that ‘misfiring’.“We use the technique in two different ways,” explains Professor Mark Richardson, Chair of Epilepsy Research UK’s Scientific Advisory Committee and Paul Getty III Professor of Epilepsy at the Institute of Psychiatry, Psychology and Neuroscience, King’s College London. “One is to stimulate the thalamus, in the middle of the brain. This is a crucial node or ‘telephone exchange’ of the brain where a lot of signals pass through; and there’s a reasonable amount of evidence that stimulating different areas of this region can be effective. The alternative is directly stimulating the bit of the brain where the seizures originate, in the attempt to ‘turn it off’, though there is less evidence about this.”Who is it suitable for?DBS is a possible option for some people who are having very severe seizures, who do not respond to medication and are not candidates for surgery to remove the part of the brain where the seizures start – either because the specialists can’t identify that area, or because removing it would be very damaging.How is it done?“We drill a small hole in the skull,” says Richardson. “Then, with the help of a computerised navigation system, a long narrow introducer threads a wire through to the brain target. Then we remove the introducer, tunnel the wire under the scalp and under the skin on the neck and to the chest, and implant a little device, which is the box of electronic control systems and battery, under the skin on the chest. It’s like a current heart pacemaker, around the size of an iPod, and it is very unobtrusive.Usually, after a few days we then turn the device on using another device held over the skin, and then we turn it on.”The stimulation goes off and on in a very quick cycle, taking less than a moment. The patient also has a device of their own so they can switch it off if they need to.How effective is it?There are some risks, and it doesn’t work for everyone. It is recommended that anyone considering the procedure should discuss the risks with their specialists.  NICE GuidanceSome people also do experience serious side effects including bleeding in the brain, infection, depression and memory problems. The neurostimulator in the chest also has to be switched off for anyone having an MRI scan, which can be a drawback.However, around 50 per cent of people who’ve had DBS experience fewer seizures as a result.  Professor Mark Richardson and his team are investigating the networks in the brain that give rise to a seizure in the first place. 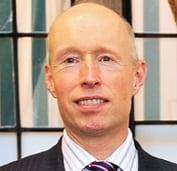 “The fundamental thing that goes wrong in a seizure is that instead of a few cells firing off normal functions here and there, there is an abrupt firing-off of a lot of cells. That shouldn’t happen, and most people’s brains are protected against it.“Our research programme is focused on how we can better understand the complex network of nerve cells and electrical impulses within the brain, and to see whether there are patterns that mean a person could switch from normal activity to a seizure.“This includes a project where we explored why DBS (in this case of the thalamus) might be effective in temporal lobe epilepsy. Trial data showed that it is effective, but conventional wisdom says that the thalamus is not involved in temporal lobe epilepsy – that it’s caused by an abnormal region of the temporal lobe generating seizures.“We used detailed brain scanning (called Diffusion Tensor Imaging) to see nerve fibres running through the brain. We were able to map connections between the temporal lobe and thalamus, and showed that the small region of thalamus which is specifically connected to the temporal lobe is clearly abnormal on the scans.  This suggests the thalamus is in fact involved, and that DBS in this area can be one option that’s considered for people whose epilepsy doesn’t respond to other treatments.” 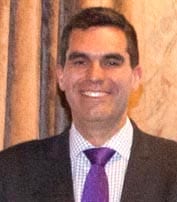 Dr Antonio Valentin and his team are his team are currently developing a new neuromodulation treatment called cortical electrical stimulation.“Unlike DBS, cortical stimulation is superficial. It stimulates the surface of the brain, over the region that is provoking epilepsy, with the aim of stopping or reducing epileptic seizures.“Once we prove that stimulation of the area can block the patient’s seizures, we have three options. One is to remove that part of the brain (but that may mean the patient loses some losing function). Another is to use a technique called thermocoagulation, literally ‘burning’ it (though this again it may result in losing function). Or we can use chronic, continuous cortical stimulation using the same approach as DBS. We’ve used different approaches so far and we’ve seen everything from huge success to no result. Some of those successes have been very striking, though.“For each patient, we need to analyse a huge amount of information to know what course we should take. At present, that can take us weeks.  Thanks to an ERUK grant we have developed a first initial draft of the software capable to automatically give us the clinical information we need.”
2019-10-26T22:57:48+01:00June 5th, 2017|