The link between stress and seizures: Final Report 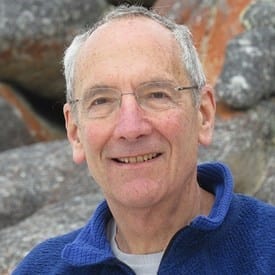 How do stress hormones trigger seizures?

In 2014 Professor Stafford Lightman at the University of Bristol was awarded a pilot grant of £29,208 to investigate the link between stress and seizures. The association between stress and seizures is well recognised, however the mechanisms for this relationship are still not understood. Professor Lightman and his team from the University of Bristol and the University of Exeter, focused their research on cortisol, which is a hormone released by the body in response to stress. Cortisol is known to have a major effect on both neuronal activity and on the ways that brain cells communicate, and so the scientists wanted to investigate if it could play a role in seizures also.During the course of the study, which concluded last year, the team used mathematical and preclinical models of epilepsy to explore how cortisol alters the electrical activity of the areas of the brain that are known to be associated with seizures. They were able to investigate how increasing cortisol levels affected seizure activity, in comparison to healthy controls without epilepsy.

The team discovered that increasing levels of cortisol alone did not increase seizure occurrence, but that exposure to a loud sound did increase seizure occurrence. These results indicate that other components of the body’s stress response, for example, an increase in adrenaline, are implicated in seizure activity.These results are very interesting, as they suggest that it is not just cortisol that is responsible for the association between stress and seizures. Further research is needed to build on this work and properly unpick the mechanisms underlying the relationship between stress and seizure frequency, which may lead to new treatments for epilepsy in the future.

Professor Lightman was elected as a Fellow of the Royal Society (FRS) in 2017, a tremendous accolade for a scientist. The Royal Society is a self-governing Fellowship made up of the most eminent scientists, engineers, and technologists from the UK and the Commonwealth. Fellows are elected for life through a peer review process on the basis of excellence in science. Congratulations, Professor Lightman!