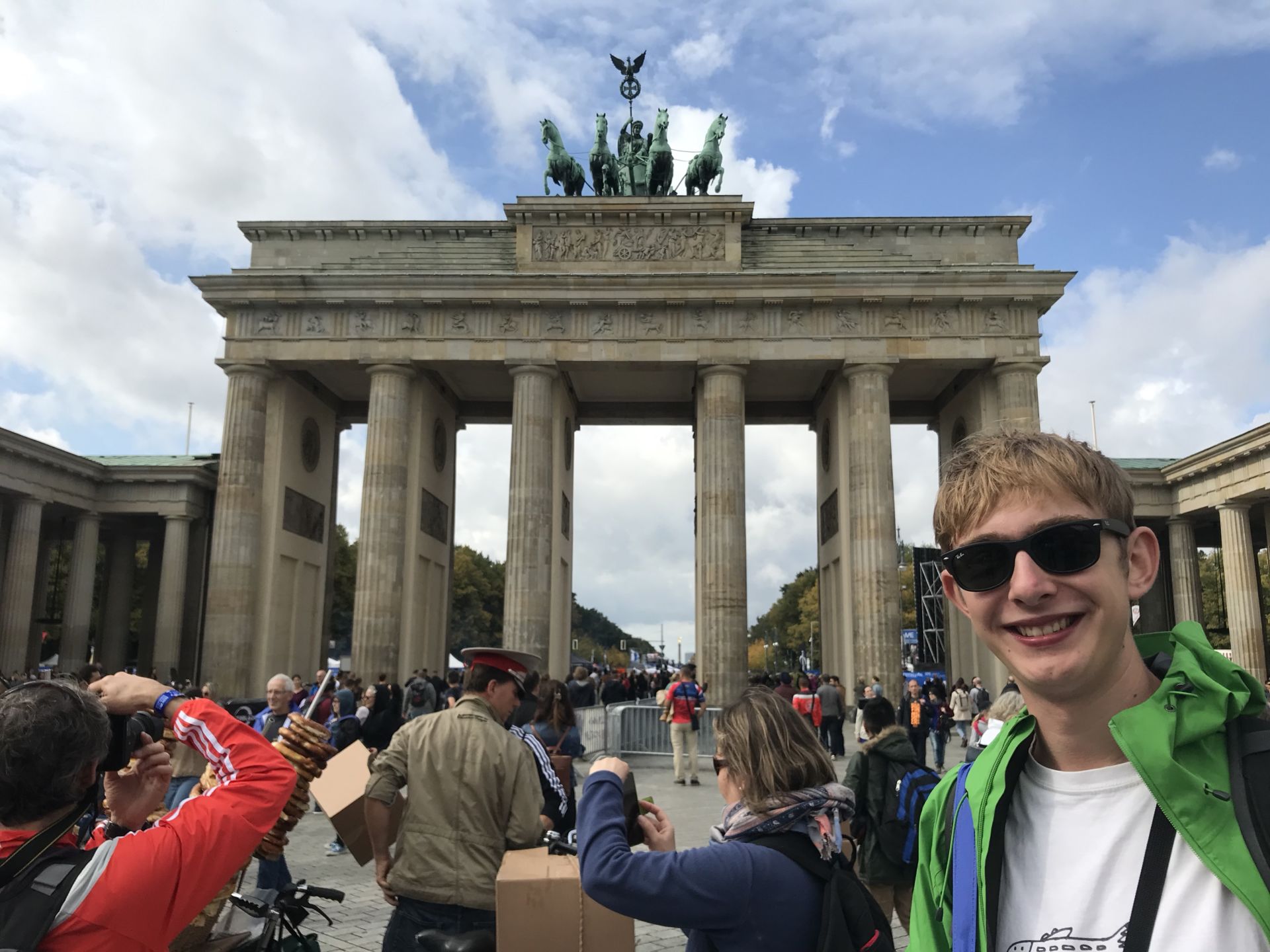 The support on the route was incredible and I cannot speak highly enough of all the people in the crowds, cheering on despite the apocalyptically bad weather

“Lovely day for a race” Dad said, waving me off as I descended into subterranean Berlin.

The U-Bahn smelt of deep heat, Vaseline and pre-race nerves. Getting off at the Brandenburg Gate, I followed the horde of runners all making their way to the start line – all with one common goal in mind. Everyone was doing their own weird rituals and warms ups, mine involving sitting down on a log and saying my final goodbyes to my loved ones: who knew what would happen over the next four hours.

Making my way to the start line, I felt excited, nervous and an overwhelming sense of ‘what am I doing here?’. After the elites started off without me (annoyed I missed my start wave there!), I started in wave F and we all looked around at each other, taking comfort from the fact that we were all going to run the same distance, on the same streets, in the same weather together. Weird detail to include, ‘same weather’, I know – but my gosh it is necessary.

Just after the start of the elites, the rain began. We all knew this was coming, with the majority of the runners becoming amateur meteorologists the week before the race.  Not thinking anything of it after the glorious morning we had, I picked up a fetching Nike tracksuit from the floor and wore it out for the first few kilometres. 5km went with ease, and I naïvely thought that this would be a piece of cake – just as I picked up a piece of cake from a small child handing some out on the route. 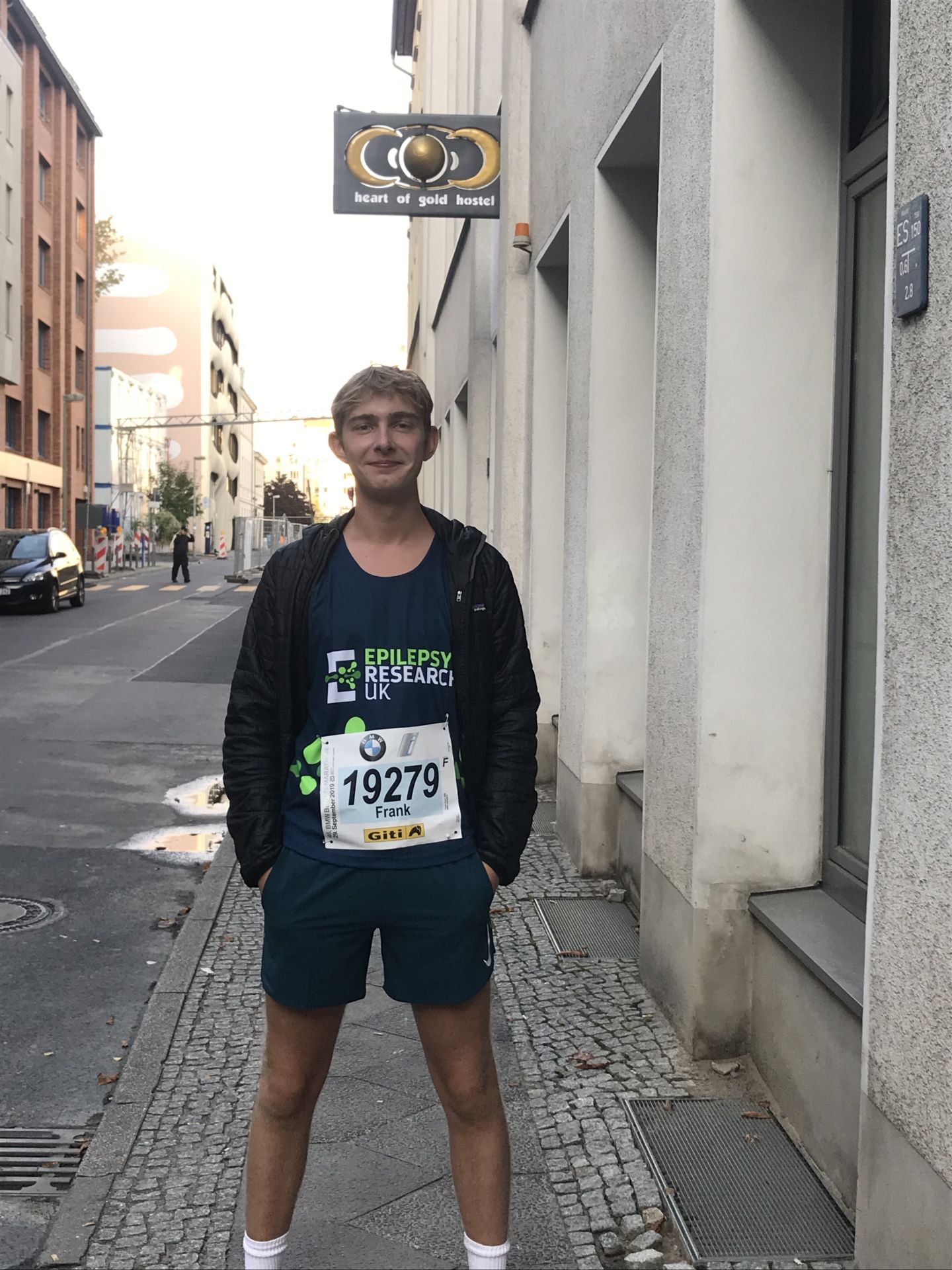 The support on the route was incredible and I cannot speak highly enough of all the people in the crowds, cheering on everyone and always being there, despite the apocalyptically bad weather that plagued the whole of Northern Europe. From the family’s out supporting, to the bands playing the music on the course, and the stewards, their support undoubtedly pushed me to the finish and for that I cannot thank them enough.

Rain properly set in around 10km in. It didn’t stop until the end. Running past all of the sights, I felt myself getting more and more worn out, but that didn’t stop me from running all the way to the finish. With the rain becoming heavier and heavier, I felt my legs going the same way – and it became very hard to stagger with around 5/6km to go. A small packet of Haribo Starmix and a Danish man calling my name out from the crowd was a large help in getting me across the line. However, I remembered why I was running the race, and for who I was running it for, and that provided me with all the strength I needed to finish the marathon.

Running under the Brandenburg Gate was an incredible experience, and I will always fondly remember finishing the race and getting my medal. To anybody thinking of running a city marathon or taking part in event for charity – I would wholeheartedly recommend it. You learn a lot about yourself, and you get to complete a challenge which one would not normally do. My thanks go out to the organisers of the race, as well as the team at Epilepsy Research UK for their support. I would also like to thank Tanya and my family for their unwavering help. Finally, I would like to remember Johdi.

I made sure I ran like McDonald’s was closing. 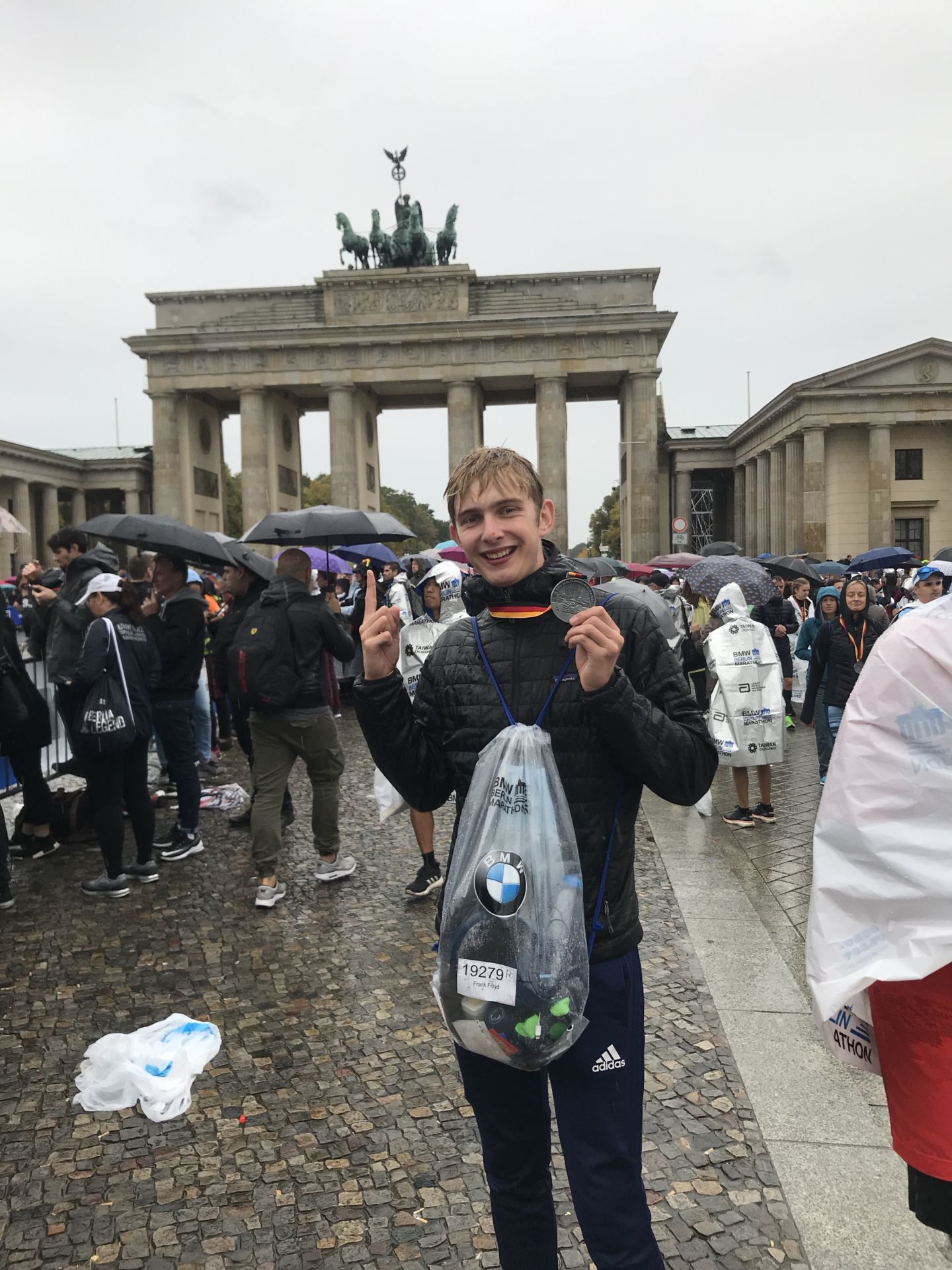