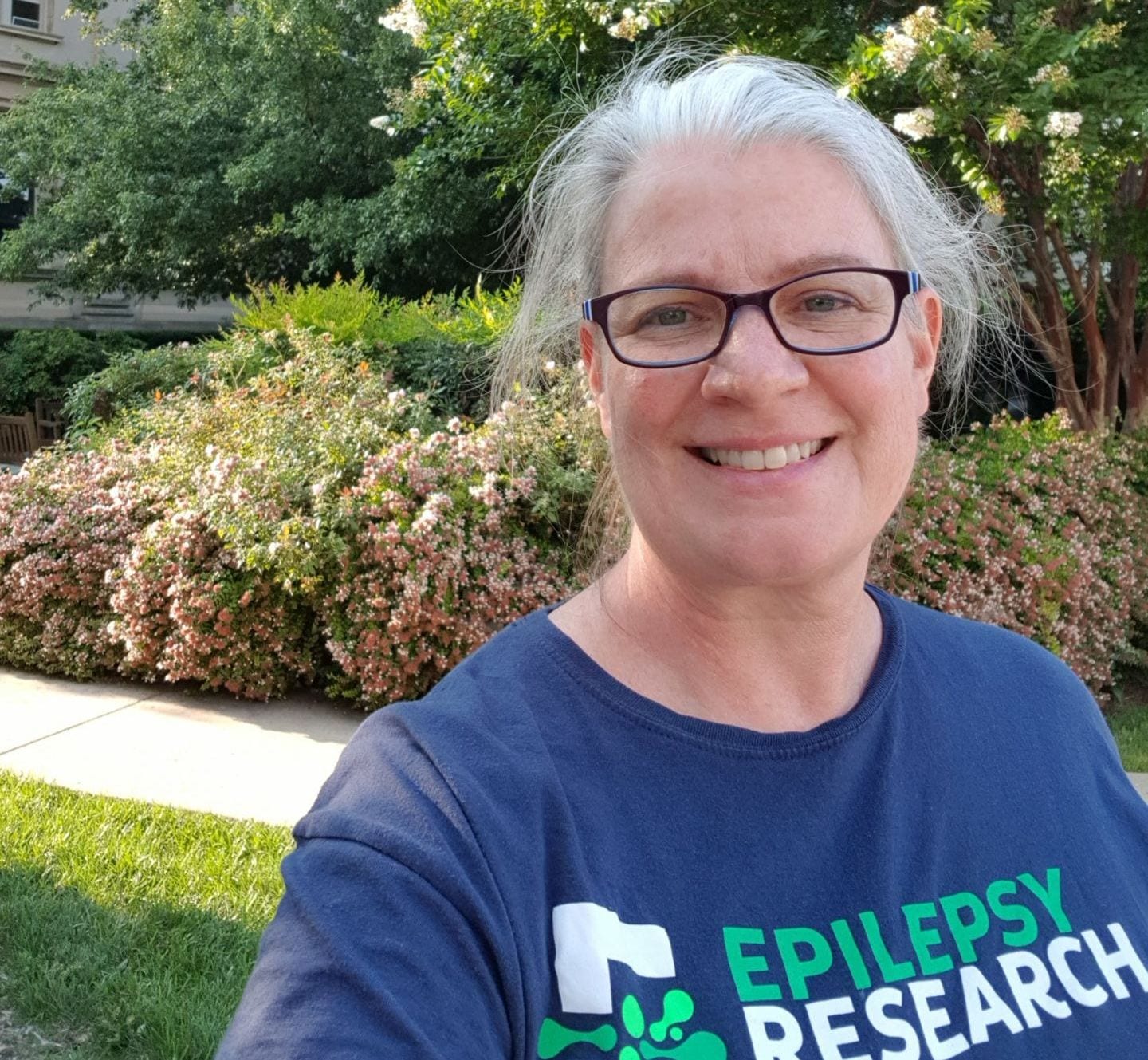 I have complete confidence that my gift will be used wisely, to further the ground-breaking research for which Epilepsy Research UK is well known.

Long-standing ERUK supporter Jeanette recently pledged a gift in her Will to ERUK. We caught up with Jeanette to discuss her life with epilepsy and why securing the future of research matters to her.

Why have you chosen to leave a gift to Epilepsy Research UK in your will?

I have volunteered for Epilepsy Research UK since 2016 and have come to know the members of staff, trustees, researchers, and other donors. I have complete confidence that my gift will be used wisely, to further the groundbreaking research for which Epilepsy Research UK is well known. I would like future epilepsy researchers to have funding to build on that body of work and to help decades of future patients become seizure-free.

How did you find out you had epilepsy and what was your immediate reaction to the news?

My immediate reaction was relief. I had struggled with epilepsy since age 10 and my parents had tried for years to find a doctor who could help me. I finally understood the symptoms I had experienced for most of my life were in fact a few different types of seizures.

In 2007, I had a seizure while riding a bicycle in traffic. I woke up lying in a stranger’s front garden, not knowing where I was, nor remembering how I got there. I was referred to Dr John W. Miller, the head of the Regional Epilepsy Center at Harborview in Seattle, Washington, USA. Dr Miller told me to ask family, friends, and colleagues for help compiling a history of episodes. Without exception, they said, “You do that all the time!”

What are your hopes for the future regarding epilepsy research, or general awareness and understanding of the condition?

I would like to see research not only for adults or children with epilepsy but specifically for early to late teens. Perhaps current treatments that were intended for adults or children aren’t as effective as they could be for the patients in between. Social media tells me that young people ages 12-18 have some unique challenges, including visible and punitive side effects and hormones confusing the overall treatment picture.

I hope there comes a day when epilepsy is normalised, much the same as diabetes, which is treated as a minor side note about a person. No-one with epilepsy should ever be discriminated against, either subtly (while still legally) in employment opportunities, healthcare, housing, or education, or overtly with bullying and criticism of symptoms or behaviours. I have never experienced discrimination myself, but I have seen it with others.

Do you have a message for researchers working in the epilepsy field?

Involve more patients, not only as test subjects in clinical trials but also in designing your study to begin with. We may mention a potentially interesting new line of inquiry based on our own experience living with epilepsy. We are willing to help; feel free to ask us!