Angie Jones recently undertook this mammoth adventure with her brother Gerallt to raise money in memory of their brother Dafydd. She recounts the experience here:

“In September 2014 my brother Gerallt and I went up Snowdon for the first time (even though it’s been on our doorstep our whole lives!) and we loved it. So much that we decided we’d like to do something for Epilepsy Research UK in memory of our brother Dafydd.

Months had passed and after researching on the Epilepsy Research UK website about how to fund raise, we decided a trip up Everest Base Camp sounded like an exciting challenge for us both. We’d booked it for March 2016, and a year of hard training commenced, we began cutting out junk food followed by several trips up Snowdon! 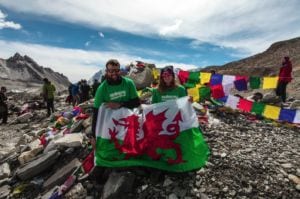 We had no idea what to expect, but wanted to focus on doing something positive out of our loss. It was challenging and we had some hard days, but it was so worth it, the scenery, the people, the culture – spectacular! I’d highly recommend any similar challenge, it helped us keep focused for a year by fundraising for such a good cause.
Dafydd was diagnosed aged 7 with epilepsy, he didn’t find it easy coping with the condition, especially in his teenage years. He suffered from nocturnal seizures which gradually got worse as he got older. We had some awareness about SUDEP but never thought it would be fatal for Dafydd. On the 14th of May, 2013 he passed away to SUDEP, aged 25. By doing this trek we hope to raise awareness about epilepsy and SUDEP,  and also to help raise funds for an amazing charity.

We can’t thank Epilepsy Research UK enough for all their help and advice they have given us since we have lost Dafydd. Their website is informative and the staff are fantastic. If you ever have the opportunity or gut instinct to do something like this, grab it with both hands and just do it, as you never know what’s around the corner! I think Dafydd would be very proud of us.”

We are so grateful for Angie, Gerallt and all the Jones family for such amazing support of our research. Since the trek they’ve supported with collections and charity stalls and fundraising tirelessly and have raised almost £15K. This is an impressive amount and a fantastic contribution to epilepsy research. Thank you so much. 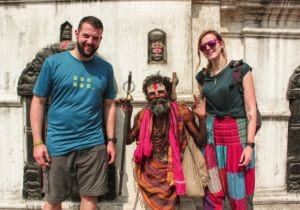