Fowler Welch Charity of the Year

Fowler Welch have generously decided to support us as their charity of the year for 2014/15 due to the untimely passing of their colleague Warren Bradshaw.

Elaine Wymant, Marketing Manager organised the biggest fundraiser of the year – The Big Bike Challenge.  The Challenge saw Fowler Welch employees cycle 726 miles via all of their 9 depots across a week. Split up between manageable sections, each day a team of riders would pass on the ERUK awareness ribbons to the riders on the next leg, as they covered the breadth of the country raising both money and awareness along the way, passing the ribbons to Warren’s family on the final day of the challenge.

The challenge will be remembered for many years and will ensure Warren’s memory lives on. Richard Slater, Sales and Marketing Director closed the challenge with a short speech and flowers for Warren’s mum to give their condolences.  It was of course, emotional but the family thanked everyone and were humbled by what was achieved in Warren’s memory.

“It is an honour to support Epilepsy Research UK , it is close to everyone’s hearts at Fowler Welch.  The Big Bike Challenge was a great success and we have many more activities planned to raise even more money for this important research” said Elaine Wymant. 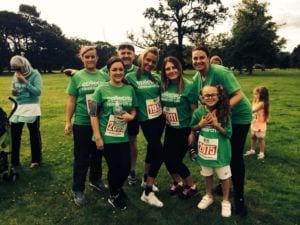 … along with holding a series of coffee mornings across all the depots, here is one of the delicious cakes that was on offer! 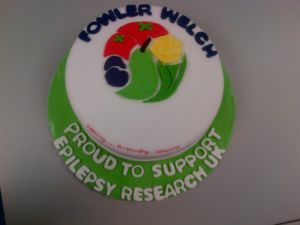 The most recent activity was a depot wide Christmas Jumper day on 18 December! 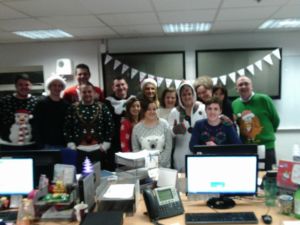 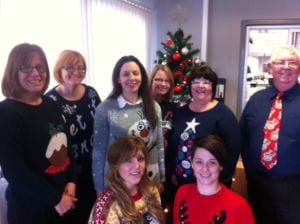 The year was rounded up with a Golf Day in March, and we are delighted to have received over £22,500 and thank every Fowler Welch employee for such committed support of Epilepsy Research UK.