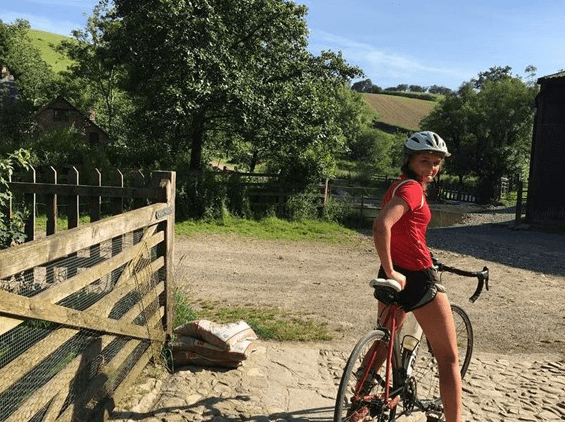 In addition, being a doctor herself, my mother always advocated research into medical conditions and would always research the science behind symptoms and illnesses. This is why I support ERUK.

This January, Felicity and her friend Tessa are taking on one of the longest cycling challenges we’ve ever seen at ERUK – 6500km up the west of South America from Chile to Peru. In this interview, Felicity tells us why she’s doing it in support of epilepsy research.

Cycling 6,500km over 4000m of ascent is quite an incredible goal (Ride London is more than enough for most!). Why did you choose this extreme personal challenge?

I’ve always had a spirit of adventure and wanted to explore a part of the world I have never been to. South America was a vast area I hadn’t visited and knew little about. After doing more research into the area and previous expeditions I was convinced the landscape was much better seen at the slow pace of a bicycle. The ride will allow us to engage more with the local communities and see this fantastic environment in closer detail.

The route I have chosen to follow, which takes us up and over the Andes, is more taxing than the coastal route would have been. I chose to do this because I wanted to explore these more remote parts of South America. Being brought up in Mid-Wales, hills (although a lot smaller!) are something I have am very used to. Having spent many an hour running and cycling over through the Cambrian mountains I feel mountains provide a unique challenge and sense of adventure to the trip.

You’re raising money in memory of your mother, who sadly passed away due to epilepsy related problems. How was Susan’s life affected by the condition?

On a physical level, Mummy was stopped from driving and had to give up her job as a GP when she acquired the condition. This therefore placed restrictions on her life, preventing her from participating in outdoor activities such as climbing, which she had so loved before, and increased her reliance on my father.

However, I feel the psychological and emotional effects that epilepsy had on her were probably more difficult to come to terms with than the physical ones. I believe she always felt that she was unable to look after my brother and I properly as young children as she was worried about having a seizure. Although we always felt she was an excellent mother, I believe this was a constant emotional burden for her. The fact that she could no longer live her life as freely as she did before sometimes lead to outburst of anger over small things, which could lead to friction between us and her. She tried to adapt her hobbies and lifestyle to overcome these issues and did a lot of painting in her last few years.

Why is supporting research into epilepsy important to you?

As a child I saw the physical and emotional pain that epilepsy caused Mummy. My most vivid memory was her having a seizure whilst pouring boiling water when we were at home together. This and many other instances where she would bang her head or hit something during a seizure have stuck with me.

Thinking back on these memories made me think of the pain she must have suffered during these instances. I therefore wanted to support ERUK to prevent people like her suffering in such a way. I feel particularly strongly about this as many people develop epilepsy due to another illness, as my mother did. In her case she caught encephalitis from one of her patients. This to me seems such a cruel outcome for people who have already suffered serious illness and it’s something they truly do not deserve.

In addition, being a doctor herself, my mother always advocated research into medical conditions and would always research the science behind symptoms and illnesses. This is why I chose Epilepsy Research UK in particular over any other epilepsy charity.

Felicity and Tessa set off in January 2020. You can read more and support Felicity’s efforts here.