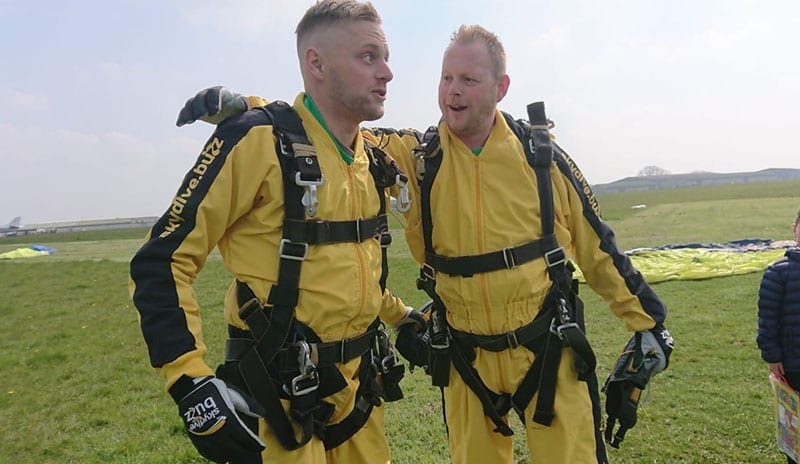 Epilepsy research is important to me because I don’t want others to go through what our family has been through. Eventually it could be possible to prevent epilepsy-related deaths – that is the goal.
Mark

Oh my word. This is terrifying.

Mark and Nick were in a plane, thousands of feet up in the sky, being edged towards the open door by their skydiving instructors. Understandably, they were terrified, but they couldn’t back out now…

This was the pairs’ first skydive and their first big charity fundraiser. Mark and Nick felt they needed to do something above and beyond in memory of their brother Wayne, who sadly passed away from epilepsy related complications in November 2018.

Friends and family were all fantastic in supporting the brother’s efforts, with everyone getting involved to help raise funds for their jump. Mum Yvonne raised money in the community, collection boxes were left in the local Co-op, and there was a great level of support on the day to cheer on the pair as they left the runway for their skydive.

Mark was delighted with the support they received, saying, “epilepsy research is important to me because I don’t want others to go through what our family has been through. Eventually it could be possible to prevent epilepsy related deaths – that is the goal.” 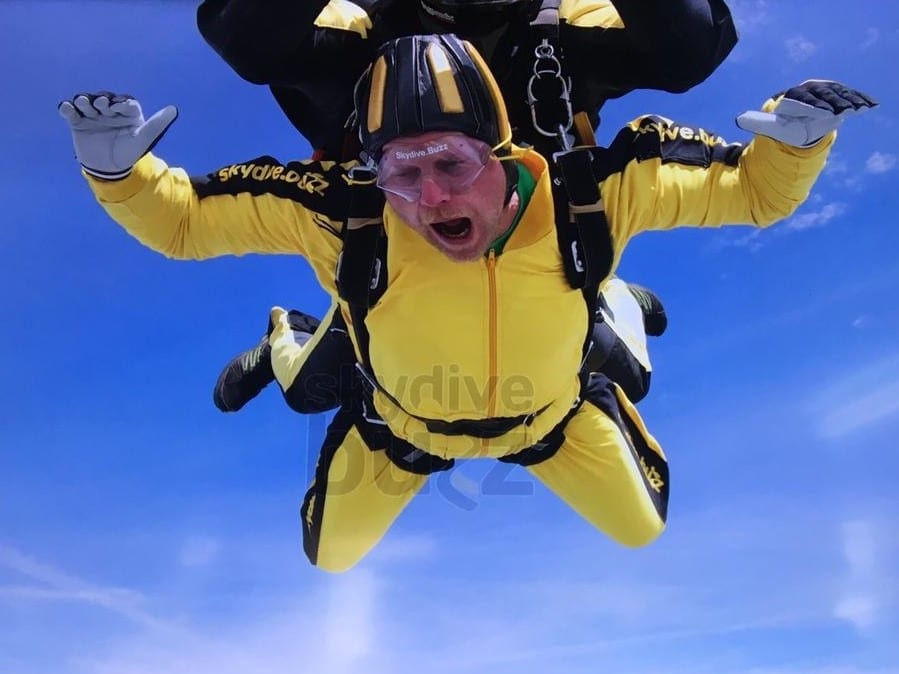 Once the brothers had left the plane, the fear evaporated. Mark said,”the parachute opened it was complete bliss. Nick loved it also.” He went on to say he would consider doing another skydive and that they are already getting together ideas for a future fundraiser, perhaps including the younger members of the family.

The skydive went on to raise an incredible total of £1748.20. The whole team at Epilepsy Research UK would like to say a huge thank you to everyone involved in this fantastic event, and in particular to Mark and Nick for doing something heroic for a brilliant cause.

Do you want to jump out of a plane for ERUK? View our skydiving options here.

Maybe you’d like to raise funds with your feet on the ground? You can view our upcoming events here. 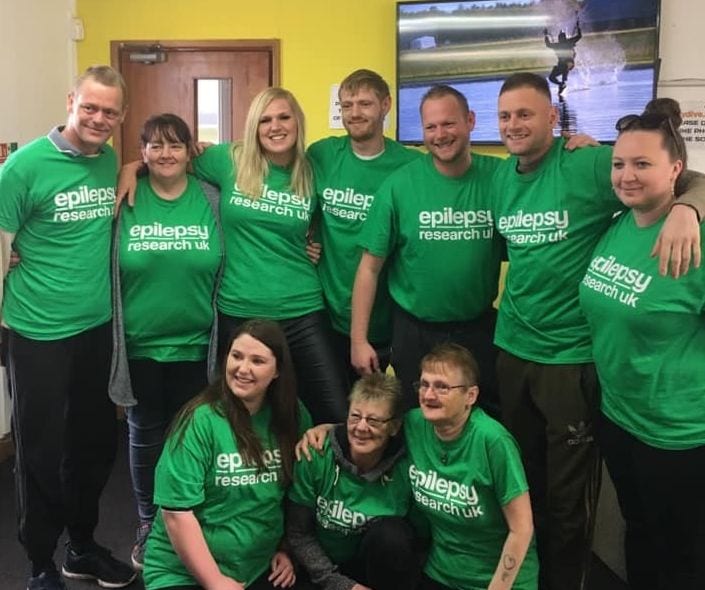