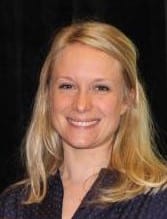 Understanding whether transient maternal seizures during pregnancy are associated with poorer child neurodevelopment will aid treatment decisions for women with epilepsy and their doctors.
Dr Rebecca Bromley

Children who are exposed to certain antiepileptic drugs (AEDs) in the womb are at risk of poorer neurodevelopment, but if women with epilepsy don’t take antiepileptic drugs during pregnancy they risk having seizures. There is little evidence about how short-lasting seizures might directly affect an unborn child, however, and this makes very it difficult for women with epilepsy (and their doctors) to make informed treatment decisions for pregnancy.

In this project, Dr Bromley and colleagues will investigate whether exposure to seizures in the womb has a negative effect on the neurodevelopment of the child exposed in the womb.

During the study the group will recruit women with epilepsy who are either pregnant or planning a pregnancy, and are taking lamotrigine and/or levetiracetam (which pose the lowest risk to neurodevelopment, meaning that the team can assess the true effect of seizures on neurodevelopmental outcome). They will divide the women into two groups: those who are experiencing seizures and those that aren’t (the controls), and they will follow them throughout their pregnancy for any changes in seizure status. When the children of the women are approximately 12 months old, the team will assess their neurodevelopment using standard tests and without knowing whether the child was exposed to seizures or not.

The team will analyse the neurodevelopmental scores and investigate whether there is a significant difference between children who were exposed to seizures in the womb and those who weren’t. They will categorise the seizures into convulsive and non-convulsive to assess the effects of each.

The results of this project will have an immediate impact on the care of women with epilepsy who are planning a family, offering them important information to help in what can be very difficult treatment decisions.