£149,632.62 project grant over 36 months awarded to Dr Jessica Kwok at the University of Leeds

“Perineuronal nets have been well demonstrated in experimental conditions as a key regulator in synapse formation and functions. The results from this project will provide solid evidence on how the mal-formation of perineuronal nets contribute to abnormal connections and development of epilepsy.”

In the adult brain, specialised extracellular structures called perineuronal nets (PNNs) are responsible for synaptic stabilisation. They are involved in the control of cell excitation, growth, and projections as well as cognition. When PNNs are abnormal, atypical synaptic stabilisation can occur, which may lead to the development of epilepsy. Absence epilepsy is a common form of childhood epilepsy. Increasing evidence has shown that the duration and frequency of seizures are correlated with cognitive impairment. Traditional anti-epileptic drugs are not effective and can exacerbate absence seizures.

The results of this study will be important in guiding the design of new pharmaceuticals to restore PNN function. This project will highlight the role of PNNs in the development of epilepsy, and will further our understanding of absence epilepsy. New strategies to improve treatment of epilepsy and associated cognitive deficits will also be identified. 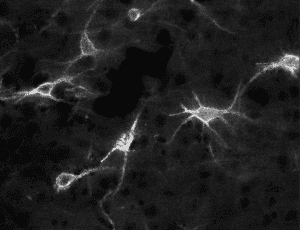