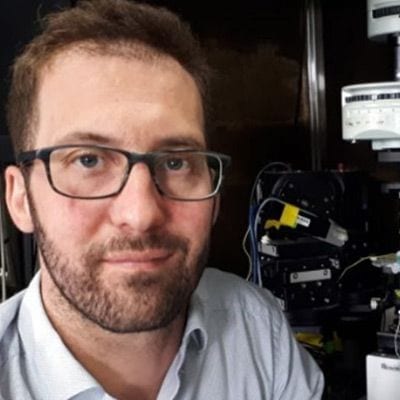 With this ERUK study, I will attempt to stop seizures by manipulating the activity of one specific inhibitory cell type. If successful, this study will be an important stepping-stone towards alternative treatments for patients.
Dr Vincent Magloire

Epileptic seizures arise from a failure of the inhibitory system to restrain brain excitation and so prevent it from spreading across multiple regions of the brain. An attractive therapeutic approach that has recently been developed consists of reducing this excitation by genetically manipulating excitatory brain cells at the origin of the seizure – known as the seizure focus. This is depicted by the red neuron in the picture, which shows a cross-section of a small part of the cerebral cortex. While this approach has been successfully tested in animals and hopefully soon in patients with refractory epilepsy, it would be far less invasive and potentially much more powerful to directly target and fix what is malfunctioning, namely the inhibitory system.

Dr Magloire’s research has led to the identification of a promising new candidate for restoring inhibition: the neurogliaform (NGF) interneuron. These inhibitory brain cells are located across the entire surface of the brain (green neurons in the picture) and exert particularly powerful and long-lasting inhibitory control over other neurons. This project aims to manipulate their activity, and thereby their inhibitory power during seizures to see whether this can stop focal and generalised seizures.

Vincent will use different strategies to manipulate these NGF cells either locally or distally. The first one will employ a new genetically-modified animal model that enables specific and local manipulation of NGF cells during seizures. The second will test the effect of stimulating the claustrum, a brain structure that globally excites all NGF neurons across the cortex and that could therefore block the generalisation of seizures. These two complementary approaches will allow Dr Magloire to test whether the inhibitory action of NGF cells can be harnessed, and precisely determine how best to use it to prevent seizures.

Thirty percent of patients continue to experience seizures despite medication, with surgical resection of the epileptic region one of the only options available for seizure freedom. There is therefore a very real need for new epilepsy treatments. Testing whether the inhibitory system can be rescued from failing during epileptic seizures by manipulating NGF cell activity will give important insights into how seizures are generated and whether this is a viable therapeutic strategy. 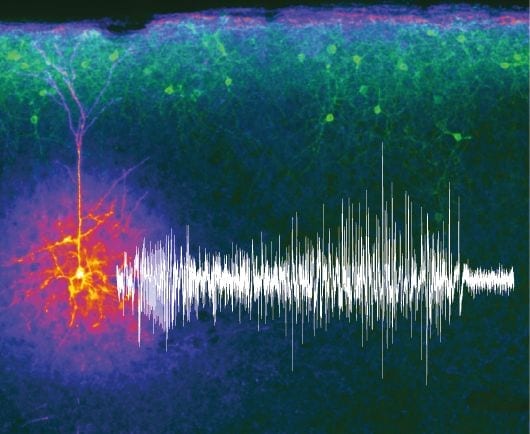