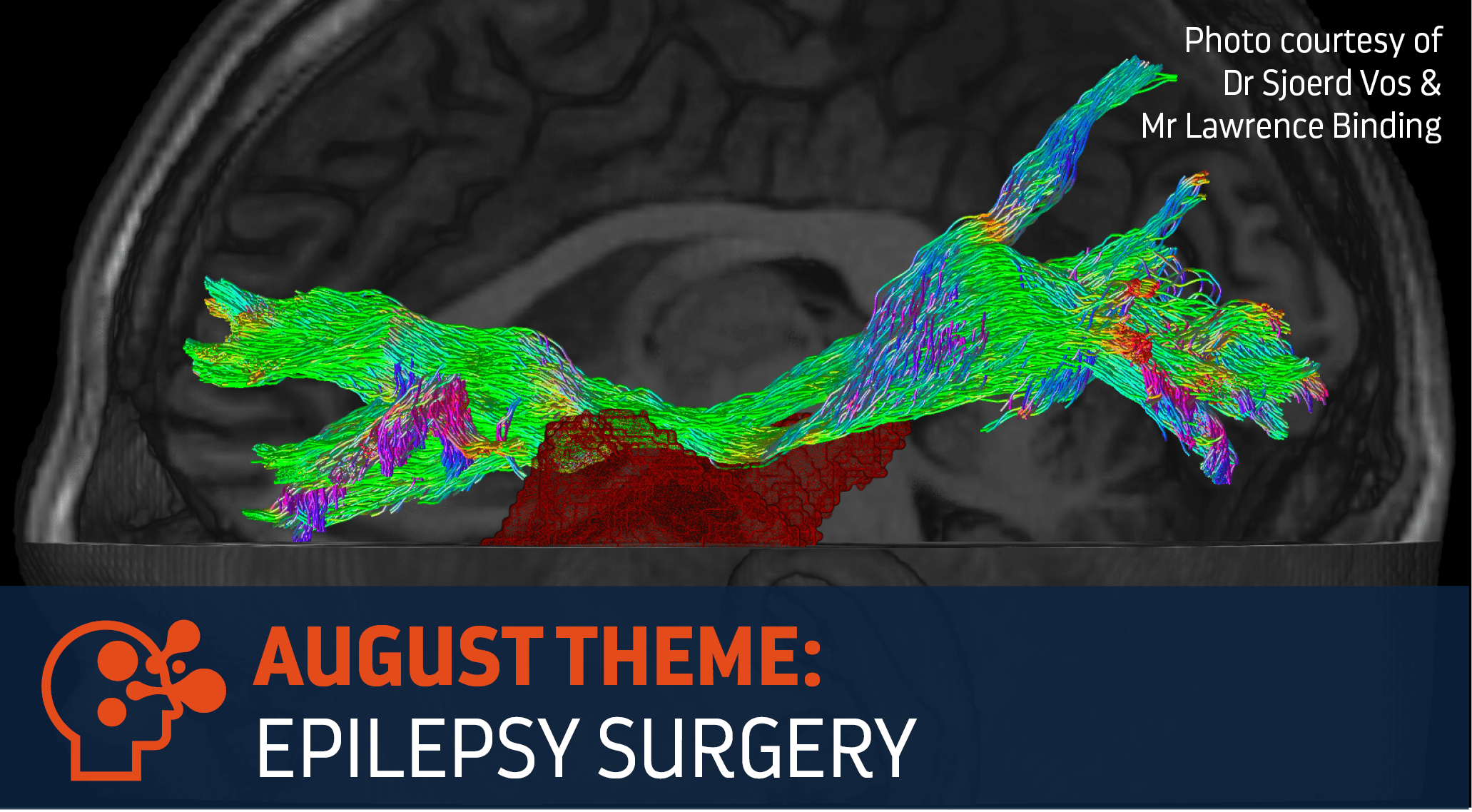 Sometimes epilepsy does not respond to medication and in some cases, surgery may be considered as a promising treatment option with the potential to control seizures. But surgery doesn’t come without risks and challenges. This month on the Research Blog, we’re looking at how world-leading research funded by Epilepsy Research UK has helped to improve surgery, and one person’s remarkable story of the difference it can make.

Rachel started having seizures when she was two years old. As she grew up, they became more frequent, and the drugs she was taking were failing to control them. Her epilepsy became so severe that she was having as many as 30 seizures a day.

Like Rachel, 30% of people with epilepsy live with seizures that can’t be controlled by medication. Rachel was eventually referred to Great Ormand Street Hospital (GOSH) in London, to be considered for surgery to remove the brain tissue causing her seizures.

Surgery can offer some people the chance of living seizure-free, dramatically improving their quality of life. But there are risks too. The challenges begin with trying to identify precisely which part of the brain is causing the seizures, which is not straightforward. What’s more, these regions are often involved in important processes like thinking, learning, and memory – so operating on this brain tissue, or removing it altogether, can have a life-long impact.

To predict how surgery might affect Rachel’s life in the future, her medical team relied on research such as that carried out by Professor Torsten Baldeweg. Torsten and his colleagues at University College London (UCL) were funded by Epilepsy Research UK to assess the long-term impact of epilepsy surgery in children. As Torsten explains in his Research Blog later this month, he and his team have shown that children who underwent surgery had fewer seizures and better language and neuropsychological results than children who did not have surgery.

Rachel had many tests and visits to GOSH to identify the location and extent of the brain region causing her epilepsy. Finally, the doctors came to a decision: they were confident that surgery was a good option for Rachel, and that her seizures would likely stop afterwards.

Rachel and her family reacted with hope and excitement, but also fear. “Choosing to have surgery in an attempt to control my epilepsy was a scary decision my family had to make,” Rachel says in her Research Blog next week. “Because I had very little idea as to what was going on, I was feeling very scared so I clung to my parents as much as possible.”

One of the biggest concerns for people undergoing surgery is the potential for life-long side effects. Dr Sjoerd Vos from UCL and colleagues have been studying the long-term impact of epilepsy surgery on a person’s language abilities. Using MRI scans and language tests before and after surgery, they have revealed specific connections in the brain which are crucial to the long-term recovery of language. As Sjoerd explains in his Research Blog later this month, this could help surgeons plan operations to help preserve language functions later in life.

Rachel was eight years old when she had her surgery. When the surgeons removed a piece of tissue the size of a 20p coin from her brain, she says “that was the moment my life changed”. Within 24 hours after the operation, the doctors and her family saw a dramatic improvement – they say she was like a different child. Although her immediate recovery was painful and re-learning basic skills was challenging, the surgery was a success. Now 19 years old, Rachel has had no seizures since the operation.

Sadly, not everyone who undergoes surgery for epilepsy is so fortunate. Although surgery can give people a life free from epilepsy, it doesn’t work for everyone, and some people still need to take anti-epileptic drugs which may only partially control their remaining seizures.

We believe that research holds the answer to improving the success rate of epilepsy surgery, and limiting its long-term effects. That’s why Epilepsy Research UK has invested nearly £4 million into research to explore surgery and other treatments for when anti-epileptic drugs don’t work.

Rachel is running this year’s London Marathon in aid of Epilepsy Research UK, to help give everyone the same chance she’s had to live seizure-free. “Along with the care I received in GOSH and the skills of the surgeons, I know that it was research that saved me,” she says. “I am so grateful for the life that research and surgery have given me.”

Keep an eye on the Research Blog in August, where Rachel, Torsten, and Sjoerd will be sharing their views on epilepsy surgery. They’ll also be speaking at our webinar later this month – sign up to our E:Bulletin to be notified when you can register for the session.