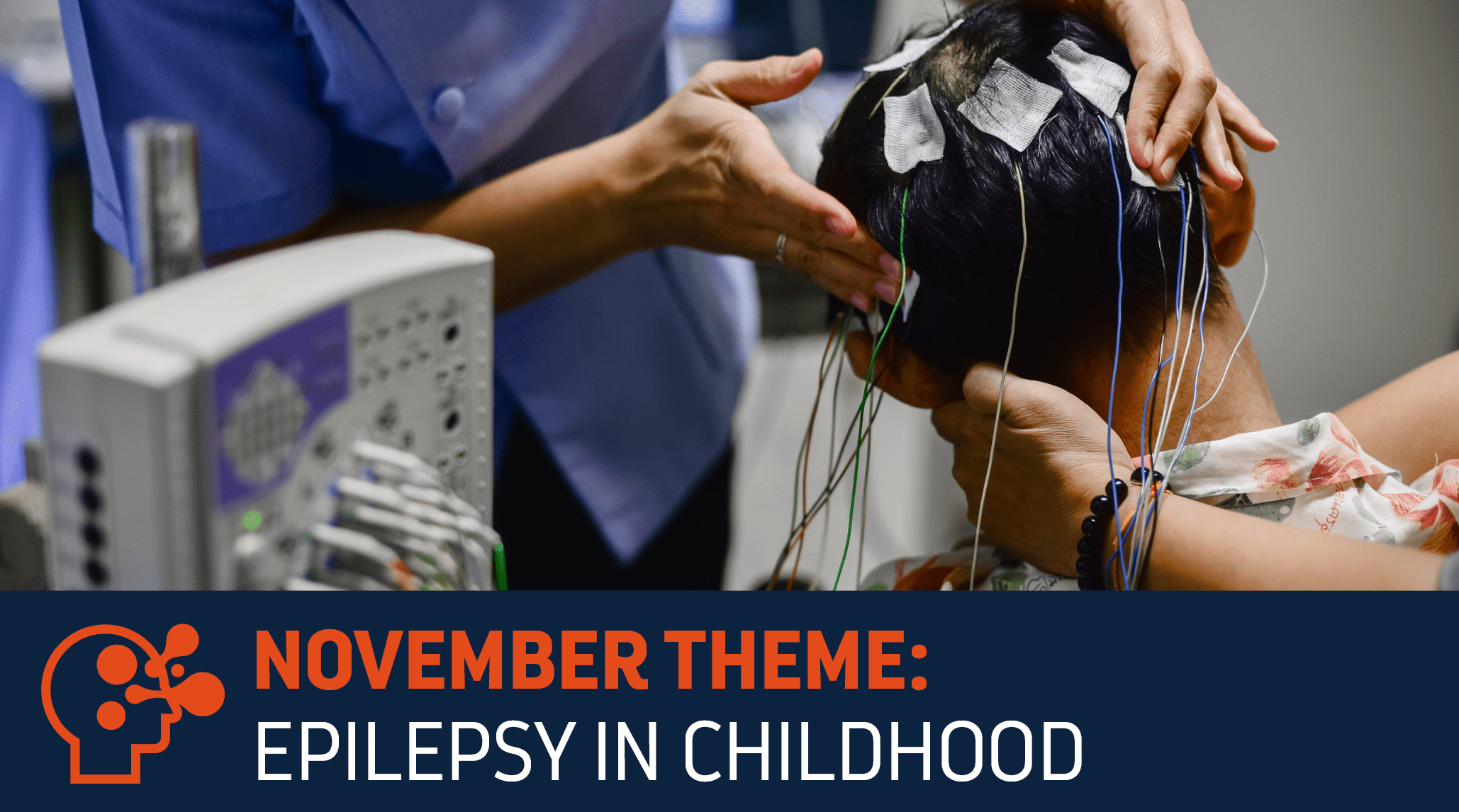 There are around 112,000 children and young people in the UK living with epilepsy, often linked with other neurological conditions. On the #ERUKResearchBlog this month, we’ll be looking at how early diagnosis can lead to better treatments to control seizures and reduce the impact on young people’s lives.

Hannah is a student at a circus school in Bristol, where she performs aerial acrobatics including the trapeze, silks, and hoops. “Circus school is almost like the intense dance and theatre colleges combined”, she says. “It requires a combination of dedication, athleticism, and a love of performance.

“Due to the strength involved, aerial acrobatics are often thought of as a male sport. But I always thought ‘why does it have to be? Girls can do it too’.”

Another thing Hannah hasn’t let define her is epilepsy. She was too young to remember what it felt like being diagnosed with juvenile absence epilepsy at the age of four. But as she grew older, she found a way to come to terms with her condition.

Getting an early and accurate diagnosis is vital. It means treatment can begin early, and hopefully prevent epilepsy becoming the defining feature of a person’s life. This is one of the reasons why Epilepsy Research UK has invested more than £2.5 million in research into childhood epilepsy.

However, diagnosing epilepsy in children is not a straightforward task. Brain scans can help to identify the part of the brain which has been affected by epilepsy. But these scans may need people to travel to specialist centres or require children to lie still for long periods of time. Other methods may either be highly invasive or may not provide as accurate information.

Providing better methods for brain imaging is the goal of Dr Tim Tierney’s project, funded jointly by Epilepsy Research UK and Young Epilepsy Fellowship in this year’s research awards. Tim is developing a new wearable brain scanner which can be used in any setting – in a hospital or at home – giving some freedom back to children and their families. In his blog later this month, he’ll explain how the wearable brain scanner could help surgeons plan surgery better, which would be transformative for some children with severe epilepsy.

After having her first tonic-clonic seizure at the age of 9, Hannah tried many different anti-epileptic medications. It took a long time to find one which brought her seizures under control. Her friends were understanding of her condition, and her teachers let her catch up on any schoolwork she missed. Hannah later joined a support group for young people with epilepsy, who chatted about living with the condition. “It was great to discuss things with other people my age who were going through similar challenges,” she says.

Diagnosing epilepsy often depends on understanding the causes of the condition and knowing what to look for. However, for many children, it is difficult to identify this cause – for 65% of people with epilepsy the cause is unknown. On top of leaving an important question unanswered, this can sometimes make finding effective treatments difficult.

“I’d like to see more research into the causes of the condition, looking more at the brain and why epilepsy arises in the first place,” Hannah says. “I still don’t know what caused my epilepsy.”

Dr Joe Symonds and his colleagues have been trying to give more people the answers they need. In a project funded by Epilepsy Research UK, studying infants with epilepsy in Scotland, they found that genetic causes of epilepsy are much more common than previously thought. In his blog later this month, Joe will explain how genetic testing could become a routine part of diagnosis for some children, providing families with a diagnosis sooner and helping to guide treatment.

Hannah feels fortunate for the support she’s received from those around her and her circus community. “We can all discuss epilepsy, and even joke about it, but it’s all done in a caring and understanding way.” In her blog post next week, she tells us more about what it’s been like growing up with epilepsy.

For other young people in her situation, Hannah has simple advice: “Find a support network that works for you and don’t let epilepsy define you.

“I’m Hannah; epilepsy is a part of me and it always will be, but epilepsy isn’t all of me.”

Keep an eye on the Research Blog in November, where Hannah, Tim, and Joe will be sharing their views on epilepsy in children and young people. They’ll also be speaking at our Research Roundtable webinar later this month – sign up to our E:Bulletin to be notified of when you can register for the session.