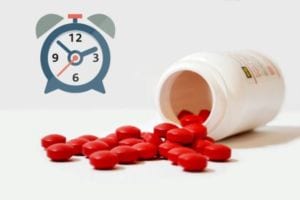 Patient adherence to medication regimes is a large problem across the world.  Across all medicines, it has been estimated that up to 75% of people do not take their medicines properly.  This could be a problem in epilepsy as a lowering of the medication in the bloodstream could lead to breakthrough seizures.  We wanted to know how often people who receive our e-newsletter felt that they adhered to their medication regimes.  The results were interesting.  Please bear in mind that this was a self-selecting poll of 125 people and so any results must be read in that way.  They were also asked to estimate for themselves how many times in the last month that they had forgotten to take their medication altogether or had taken it at a different time to that which had been recommended.

When we asked about how often the respondents forgot to take their medication altogether or at the wrong time in the past month:

Here are some simple tips to help you remember to take your medicine.