Valproate in pregnancy: a change most needed 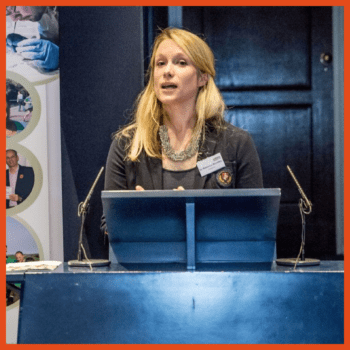 Dr Rebecca Bromley, a Neuropsychologist and researcher at the University of Manchester, has been involved in the study of antiepileptic medications in pregnancy for over 15 years. As part of the ERUK Research Blog Change Maker series and to coincide with the release of the First Do No Harm report, today Dr Bromley discusses the journey in recognising the risks associated with sodium valproate, and how patient campaigning and research brought about vital change.

This blog series by ERUK focuses on change – the alterations in valproate prescribing has certainly been one of the most notable changes in recent times. Placed back into the limelight once again today by the publication of the Independent Medicines and Medical Devices (IMMDS) Review First Do No Harm1.

In 2014, and again in 2018, medication regulators in Europe issued increasingly strong warnings that exposure in the womb to sodium valproate (also known as valproic acid, epilim, depakine and other brand names) was associated with wide ranging risks to foetal development. The recommendation was that use in women in their childbearing years should be avoided if possible.  Valproate was widely licensed in the 1970s and had become one of the most commonly prescribed medications around the world for epilepsy. An important and life-saving drug for some, over time became known to convey an increased risk of birth defects and lifelong developmental problems.

Change started in the form of a steady decline in prescribing the drug, as evidence of its risks to the foetus came to light. Then came substantial regulatory intervention to reduce further the number of exposed children. But these changes occurred after decades of use and we are now tasked with understanding what lessons can be learnt and what additional change can be made.

Documenting the risk associated with exposure to valproate in the womb was incredibly important. After all, we are talking about a preventable cause of physical and learning disability. Research was key to the changes made regarding the use of valproate, but the slow accumulation of evidence undoubtedly led to more children being exposed to valproate than was ultimately necessary. Change happened, but not soon enough and we need to look at how we do better.

Being more responsive to patient concerns is at the centre of today’s First Do No Harm Review1. Patient led campaigns were certainly at the forefront of the changes which occurred with valproate; although it took time for their voices to be heard. Without the campaigning from patient groups I am unsure as to whether we would have seen such significant regulatory intervention. Having attended many regulatory review meetings, it was the patient campaigners, I believe that brought the severity of the possible deficits to life; in a way the research evidence alone was failing to do. These patient groups used the research evidence to argue for change. They wanted valproate to only be used when absolutely necessary and when woman had all the relevant information. The combination and collaboration of the research evidence and international patient campaigning were central to the changes we’ve seen for valproate regulation.

A (slowly) evolving evidence base

From the 1980s onwards case reports appeared from infants with symptoms that the authors believed could be associated with their exposure in the womb to valproate.  A European collaborative study later demonstrated with increased rigor what these countless smaller studies, case reports and studies on animals had indicated: that exposure to valproate in the womb was associated with an increased risk of birth defects2. Throughout the 2000’s research gained momentum, demonstrating that valproate did in fact carry a higher rate of birth defects than any other antiepileptic drug. Pregnancy Registers such as the UK Epilepsy and Pregnancy Register were essential to defining this risk.

The focus of the work also changed during this period. No longer was the research focused just on physical birth defects, but the longer-term health and development of exposed children was now under consideration too.  Between 2000 and 2004, four publications were released which gave devastating evidence. They all found that the children exposed to valproate were more likely than those exposed to other antiepileptic medications to have special educational needs, to have a lower IQ or higher levels of child developmental delay. It is my personal experience from this period of time that there was still disbelief from many that the developmental difficulties were linked to the valproate exposure and the bar for proof of was set inordinately high.

Two studies, which offered improved methodological rigor, had begun in 1999 but due to the nature of their work would not publish their results for a decade. One started in the US and the other in the UK, funded by the US National Institute of Health and the Epilepsy Foundation (now Epilepsy Research UK). The NEAD study combined data from these two studies and published their first developmental findings in 20093 and confirmed what the retrospective studies and parents of children exposed to valproate had been telling us; that there was significantly poorer development in children exposed to valproate.

Over the next few years a flurry of publications came demonstrating an increased risk of having a wide range of developmental problems. The risk was greater compared to other medications used to treat seizures, higher doses carried higher rates of risk and the impact on development could occur in children without the characteristic birth defects. For some children these impacts would be mild but for others they were substantial and lifelong.

There are many contributing factors as to why it took time to bring about the significant changes needed. Most significantly maybe is that early reports or signals were not given the credibility they deserved. They were not followed up with well funded rigorous studies immediately. The experience with valproate has led to changes beyond just that of the medications used to treat epilepsy. The First Do No Harm Review concludes that more change is required to optimise maternal and foetal health in pregnancy and this includes research into the other antiepileptic drugs.

The importance of research funding

It is critical that I note my appreciation to Epilepsy Research UK. Research money is hard to come by and our group have had more disappointment than success- as is the way of academic life. As an early supporter of both the UK Epilepsy and Pregnancy Register and the Liverpool and Manchester Neurodevelopment Group, ERUK funded key initiatives including the UK contribution to the important NEAD study. They continue funding us today to maximise the safety of pregnancy for both mother and child.

Find more information on the release of the Cumberlege review here.