How can a material used in the electronics industry help develop epilepsy treatments? 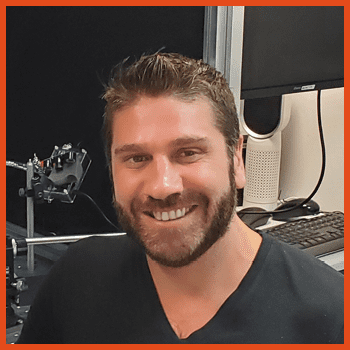 Epilepsy Treatments
How can a material used in the electronics industry help develop epilepsy treatments?

For this week’s blog, we caught up with Dr Robert Wykes, who was awarded an Epilepsy Research UK Emerging Leader Fellowship in 2015. Through this research, Dr Wykes was among the first in the world to adapt in vivo calcium imaging approaches (a method used to decode the neural activity of hundreds of neurons) to study epilepsy. Further research grants worth over €1.1m from the European Commission have enabled him to continue developing gene therapy strategies and investigate a new area of research involving the application of novel graphene-based electrophysiological probes to study and treat epilepsy. In this blog, Dr Wykes explains how this technology could advance epilepsy research in the future.

Graphene is a material made of carbon atoms that is commonly used in electronics and the energy industry. But what potential does graphene have for medicine and, more specifically, epilepsy? Well, graphene has several advantages over traditional metals that are used for recording brain activity. It is non-toxic, and also has improved MRI compatibility, flexibility, and most importantly the ability to record brain activity across a wide range of frequencies.

There are 3 main areas where we feel that graphene-based electrophysiological probes could benefit epilepsy research and treatment.

It is estimated that around half of all epilepsy-related deaths are caused by Sudden Unexpected Death in Epilepsy – known as SUDEP. However, little is known about the underlying mechanisms that cause SUDEP. In recent years it has been proposed that one potential cause of SUDEP is spreading depolarisation: a pattern of activity that can occur in the brain after a seizure. Essentially this means that the brain experiences a sudden wave of hyperactivity, followed by a wave of suppression of brain activity. This suppression can last a relatively long time – tens of seconds – and can, worryingly, affect the areas of the brain that are required for breathing. Spreading depolarisations are the largest disruption of normal brain activity. Traditional, metal-based electrodes are unable to detect these events during recordings of brain activity, and so they have been poorly studied in the context of epilepsy. We are using graphene transistors to study spreading depolarisations after seizures, gaining information on how they occur and how they might be treated. As we can record these events just beneath the skin, we believe that future clinical translation of these devices could result in an early warning SUDEP device based, in part, on detection of spreading depolarisations. (This could have huge potential in preventing epilepsy-related deaths).

2 Identifying the source of seizures

For many epilepsy treatments, including surgery and gene therapy, it is absolutely crucial to know where seizures originate from – known as the seizure onset zone (SOZ). There are several biomarkers (a measurable indicator of the severity or presence of a condition) that can help identify the SOZ. One validated biomarker that is seldom used, due to current technology limitations, is the presence of altered electrical brain activity just before a seizure, called a ‘DC shift’. We have determined that graphene micro-transistors are capable of recording this altered brain activity as well as other electrical biomarkers. The ability to record DC shift, coupled with the improved MRI compatibility that graphene electrodes allow, may mean that we are able to develop clinically applicable graphene probes to more accurately identify where seizures originate from. This has the potential to improve the accuracy of surgery and localised gene therapy strategies, which may lead to improved success rates.

Neurostimulation, or brain stimulation, is an alternative treatment option for patients with various neurological disorders, including epilepsy that do not respond to medication. Various methods of brain stimulation approaches are being used experimentally in the clinic with promising results. For both brain stimulation and recording, the electrode is often required to be small. However,  traditional metallic electrodes (with a diameter similar to that of a single human hair) cannot provide enough charge to produce a response without irreversibly damaging the electrode material, resulting in probe failure over time. Graphene microelectrodes can be made in such a way that they have an increased electrochemical surface area, providing enough charge needed without damaging the electrode, meaning they can reliably stimulate for much longer periods of time.

Graphene-based stimulating electrodes could be incorporated into the probes used for SOZ detection, in order to apply localised stimulation to induce epileptic activity, highlighting an additional advantage for this technology in providing more accurate identification of a SOZ.  Additionally, they could prove more efficient and reliable than metal-based probes for brain stimulation-based therapies.

Both of the Wykes labs (UCL & Manchester) benefit considerably from a close collaboration with two Spanish based research groups, led by Jose Garrido and Anton Guimera Brunet, who design and fabricate the graphene-based probes.