Drug development: From bench to bedside 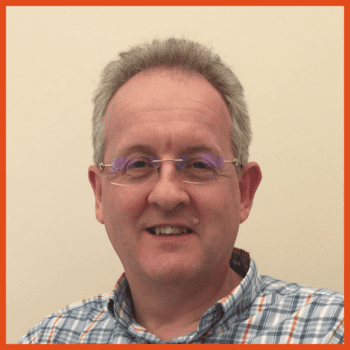 This week we hear from Professor Richard Baines who was awarded an Epilepsy Research UK Explore Pilot Study earlier this year. In this blog, Professor Baines discusses the drug development process – from the first discoveries in the lab, right through to developing new drugs and into clinical trials.

Can there be any better accolade for a scientist than to discover a new drug? Unfortunately, it’s not as simple as it sounds. The drug discovery road is long and bumpy and, without a map, easy to get lost. I have started down this road and, whilst still a long way to go, I’d like to share my experience so far, which may explain why drug development takes so long and costs so much.

It was about five years ago that I was bitten by the ‘drug development bug’. After a lifetime of study in how nervous systems maintain the stability of function, my group identified a key player; a protein called Pumilio. A review of the scientific literature revealed that reduced presence of Pumilio was associated with seizures, in everything from fruit flies (my own lab model) to humans. We predicted that increasing Pumilio might prove effective for treating epilepsy. A simple experiment to do in flies and the outcome was truly amazing with seizures reduced by a greater extent than seen with standard antiepileptic drugs. The stage was set – all we needed was a drug that increased Pumilio.

Roll forward to the present day and we now have that drug (what we call a ‘lead compound’). Satisfyingly, it works in a range of experimental models of epilepsy. Thus, eager to start down the ‘drug development road’ we faced our first hurdle:  to secure funding to allow the journey. Understanding how Pumilio works is basic science whereas drug development falls under the applied science banner: between the two lies the ‘valley of death’. To develop an effective drug means we must cross this valley linking drug mechanism to drug development. But, many funders are entrenched in either the ‘basic’ or ‘applied’ science camps. Thus, we turned to industry – Big Pharma as it is called – to bridge the valley. But despite many conversations and much interest, we have yet to receive funding. A beacon of hope is a recent Explore Pilot Study grant awarded by Epilepsy Research UK, only made possible through the generosity of their supporters. Armed with some funding, a PhD student (funded by the Medical Research Council) and help from a medicinal chemist, we are at long last moving down that road.

But we know we face further and bigger hurdles! We have jumped the ‘efficacy’ hurdle by showing our compound prevents seizures. Future hurdles are whether the drug has the right properties – for example, how well does it cross the blood-brain barrier? Gone are the days when taking gram amounts of drug is acceptable (paracetamol would be unsuccessful if discovered tomorrow!). Then, is the drug safe? Toxicity studies in experimental models are needed. What about the drug target? Whilst designed to boost Pumilio, Industry wants to know more – does it have other effects that might overlap with existing antiepileptic drugs? If yes, then our journey may stop. Jump all these hurdles and finally, we can think about human trials. First to prove it is safe to take (phase 0), then a small study to identify the best dose (phase I) followed by larger-scale trials to be certain benefits are real and significant side-effects non-existent (phase II). Finally, controlled (phase III) trials to show that the new drug out-performs existing medication.

But it’s not all gloom. Many drugs are at different stages along the road and with financial support, particularly in the early stages, perseverance and, yes, a good amount of luck, they will make it to the clinic.