Are remote consultations here to stay? 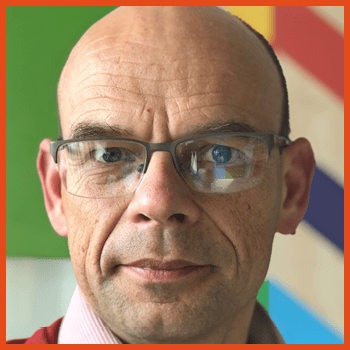 Innovations in Healthcare
Are remote consultations here to stay?

On the Research Blog today, we speak to Professor Markus Reuber who was awarded an Innovations in Healthcare Research Award last week. Professor Reuber discusses how his project will help improve the effectiveness of remote ‘teleconsultations’ between patients and neurologists, not only for the duration of the pandemic but in the long term.

It’s November 2019, and a woman with epilepsy has arrived at the hospital for a consultation with her neurologist. She had managed to persuade a friend to drop her off at the hospital because she can’t drive and buses only run infrequently where she lives. Having spent some time in a busy waiting room alongside other patients (none of whom are wearing face masks), she is called into her appointment. The consultation goes as expected: the neurologist asks questions, conducts an examination and makes recommendations. Before she leaves, the patient shakes the neurologist’s hand.

12 months later, COVID-19 has made this once-unremarkable scenario an unrealistic fantasy; like all aspects of society, the way in which medical professionals and patients talk to each other has changed. Neurologists and patients still speak to each other, of course, but instead of encounters happening in person, most such meetings are taking place over the telephone or via the internet.

Such ‘teleconsultations’, as they’re called, are not new. But the rate and scale at which patients and neurologists have adopted them because of the pandemic is unprecedented, and as with any rapid change, there are potential problems. First and most obviously, meeting a patient remotely means that the neurologist cannot physically examine them. But many other communication channels that we normally use to ensure that we understand one another – from facial expressions to gestures or action are also disrupted. Video calls allow for some visual information, but still, limit our means of communication. There is also evidence that teleconsultations tend to be shorter than in-person consultations, suggesting that they are ‘missing’ something.

Right now we do not know what the missing bits are. In fact, even though it is now the norm, we don’t know much at all about ‘teleneurology’—we don’t even know what we don’t know!

However, this research is not simply about helping patients and neurologists make do until things go back to normal. For one thing, we don’t know if things ever will go back to normal, at least in the sense that we understood it 12 months ago. And it would be wrong to treat teleconsultations as if they are nothing more than an imperfect stopgap solution; for all their limitations, they do also have advantages over in-person consultations. Consider, for example, the patient imagined above, who lives in the country and cannot drive. What would have been a three or four hour round trip for this patient becomes, with a teleconsultation, a 20-minute phone or video call.

If this kind of convenience can, as we hope, be combined with effective, evidence-based, and safe communication practices, we believe that teleconsultations can become an important part of neurological practice in the long term.

Want to hear more from Professor Markus Reuber and the other researchers involved in these projects? Register for our Innovation in Healthcare Awards Night webinar on Thursday 10th December, where Professor Reuber, Professor Zuberi, and Dr Thomas will be speaking.