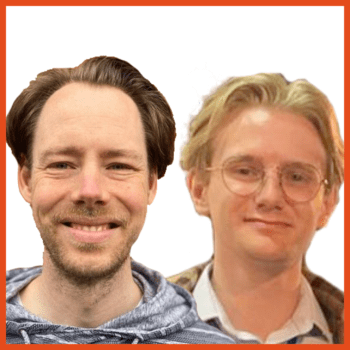 Dr Sjoerd Vos is based at University College London and was awarded an Endeavour Project Grant in 2019 to focus on improving epilepsy surgery. In this Research Blog Dr Vos and Lawrence Binding, who is currently midway through his PhD work on this project, explain how their research could help reduce language decline following epilepsy surgery.

In 30% of people, epilepsy medication does not provide adequate seizure control, and in these cases, other treatment options may be considered. In a collaborative project between University College London, Newcastle University and the National Hospital for Neurology and Neurosurgery, we’ve been working on improving one such treatment option: epilepsy surgery.

How does epilepsy surgery work?

Epilepsy surgery can be considered if a person’s seizures start from one part of the brain that is abnormal. Before surgery, brain imaging (most commonly MRI scanning) is used to indicate to the surgeons what part of the brain to remove during an operation. If the entire abnormal region is successfully removed, the patient may become seizure-free.

The most common area in the brain for surgery is the temporal lobe, which plays an important role in processing language. Temporal lobe epilepsy surgery is one of the most effective types of epilepsy surgery, with most people going on to have long-term freedom from seizures. However, if temporal lobe surgery takes place in the side of the brain used for language, it can cause some impairment, particularly to word-finding, in about a third of individuals. This impairment negatively impacts quality of life, and this risk is a reason for some people to decline surgery as a treatment option.

How will this project help prevent language impairment?

Our project aims to find out how this language impairment occurs and if we can prevent it from happening. To understand where this language impairment may come from, let’s first look at the main brain anatomy. Most of the functional areas in the brain are located within the cortex, the outer part of the brain. By contrast, the brain’s white matter is more central and consists of a lot of fibres, or axons, connecting these functional cortical areas to each other and to the rest of our bodies. Previous research has revealed the location and specific language function of many cortical areas are in the temporal lobe. As a result, temporal lobe surgeries are designed to avoid removing or damaging these areas. Given there is still a chance of around one in three temporal lobe surgery patients experiencing language impairment on the side of the brain involved in language, we believe it is not only the functional grey matter areas that need to be spared in surgery but also the white matter connections involved in language. If we can demonstrate this, we could ask surgeons to adapt the surgery to ensure they spare as much of these white matter connections as possible while still removing the abnormal area.

What have you found so far?

In the first 18 months of this project, we have studied MRI scans from patients taken before and after epilepsy surgery at the National Hospital for Neurology and Neurosurgery. Using special MRI scanning and analysis methods, called diffusion MRI and fibre tractography, we can show the nerve fibre connections in the brain, investigating specifically those that are involved in language. Having scans from before and after surgery can inform us what part of the brain has been removed and combining these two can reveal which white matter connections have been damaged during the surgery. We also have scores of language performance both before and after surgery, as part of clinical neuropsychological testing. When taking all this information together, we can identify whether damage to a specific brain connection is associated with a decline in a certain part of language function.

These analyses have revealed that damage to one bundle of brain connections is associated with word-finding impairment, while another bundle is linked to difficulties with another language test for fluency.

We have started a prospective research study to see if, armed with this knowledge, surgeons can prevent damage to these bundles during the surgery and thus preserve the patient’s language function. If this shows that we can preserve a patient’s language function during temporal lobe epilepsy surgery, this will improve quality of life and hopefully make this a treatment option for more people. 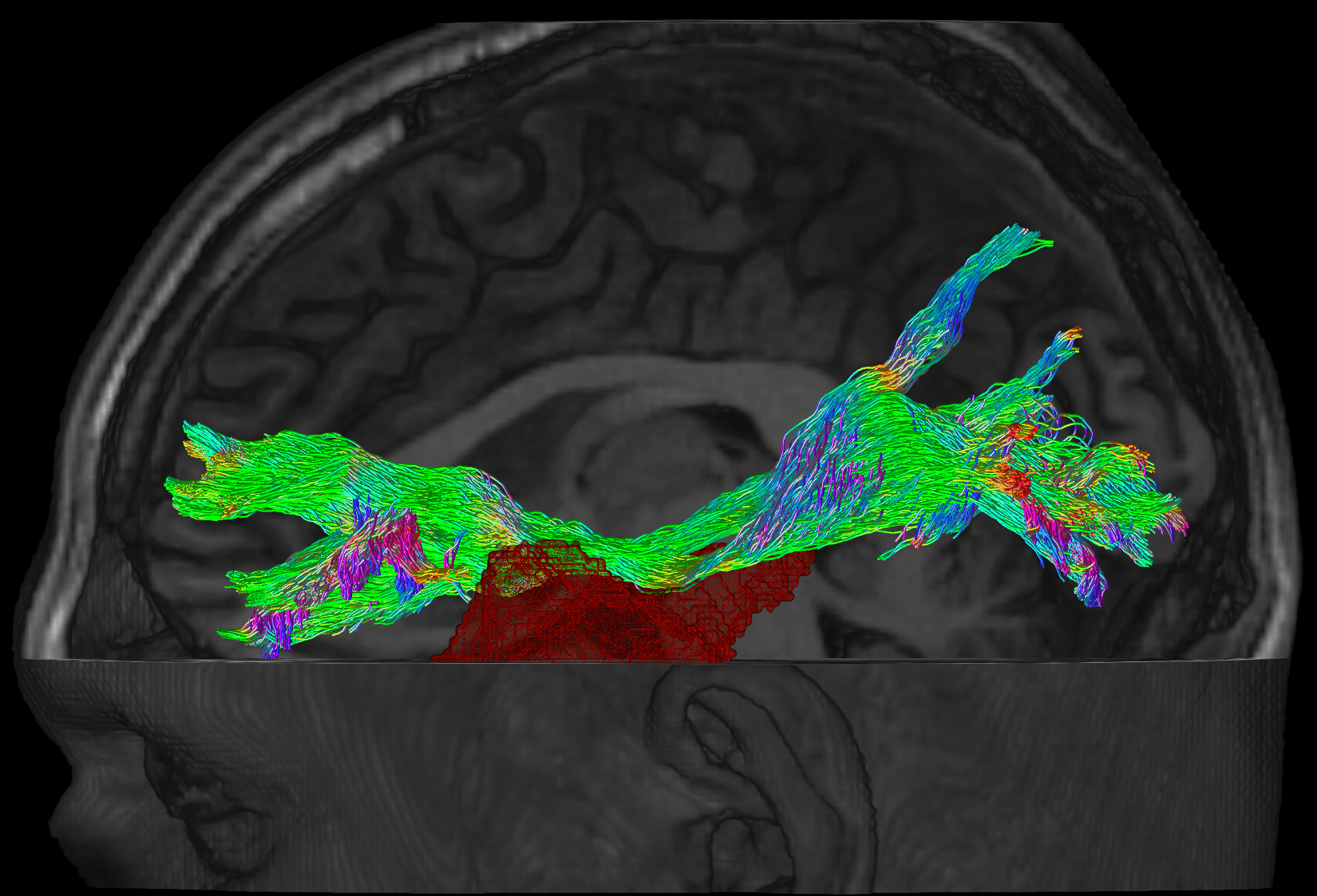 One of the fibre bundles involved in language at risk of damage during temporal lobe epilepsy surgery: the inferior fronto-occipital fasciculus is damaged in this example, with the resection indicated in red