After diagnosis: pinpointing the source of seizures in the brain 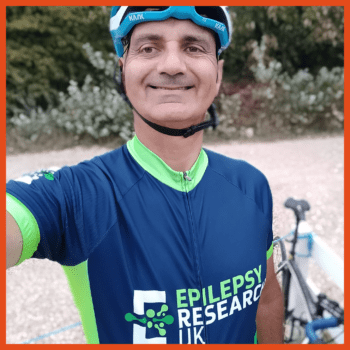 After diagnosis: pinpointing the source of seizures in the brain

This month on the blog we’ve been exploring the theme of epilepsy diagnosis. To bring the series to a close we caught up with ERUK Endeavour Project Grant Awardee, Professor Khalid Hamandi who explains the importance of pinpointing the source of seizures in the brain once a diagnosis has occurred.

A key part of an epilepsy diagnosis is to try to answer the following key questions 1) what type of seizure or seizures is a person having, and 2) what is causing the seizures. The answers to these questions are critical, as they help to inform which treatment(s) the patient has.

So how do we know what type of seizure(s) a person is having?

There are two main types of seizures: generalised, appearing to start on both sides of the brain due to very rapid spread through a widespread network across the brain, and focal, where the seizure starts in a particular area or region of the brain. The search for where seizures start in the brain begins with the description of the seizure, that is, from the symptoms a person experiences and descriptions from first-hand witnesses. This is known as a history. As an epilepsy specialist, I will always ask patients to recount what they experience in a seizure, sometimes several times over! This is key to reaching the correct diagnosis.

The history is backed up by findings from two key tests in epilepsy, the electroencephalogram (EEG) that measures electrical activity in the brain, and magnetic brain imaging (MRI) scan that shows the structure of the brain. The aim of the EEG is to look for abnormal electrical activity that can help distinguish different epilepsy types. In contrast, an MRI scan looks for abnormalities of structures in the brain that might be a source for seizures. Sometimes both tests can be normal in people with epilepsy. This can happen when there is little or no epileptic activity happening when the EEG is being recorded, or when brain abnormalities are too subtle to be detected by MRI.

Why is knowing where seizures occur in the brain important?

Identifying where seizures come from in the brain is particularly important when considering epilepsy surgery, Removing the area of abnormal or damaged brain tissue can lead to a significant reduction in seizures, or in some cases complete seizure freedom where medications have previously failed. More recent treatments for epilepsy include deep brain stimulation, and in the future, we are likely to see treatments with drugs delivered directly to the area of affected brain tissue, to stop the seizure before it starts.

And how do we know where the seizures are coming from?

Brain scans can be categorised into two types, structural and functional. Structural brain scans produce images of the brains structure, the folds, contours and shades. A structural brain scan with MRI will for example detect a scar, brain tumour or other abnormality. In contrast, functional scans including functional MRI (fMRI) produce an image of some aspect of brain function. fMRI measures blood flow changes in the brain, which are in turn driven by the underlying neural activity, and can be used to locate where in the brain this activity is happening

Lastly, it is possible to record neural activity more directly with EEG electrodes placed directly on the brain surface, under the skull or in the brain tissue itself during brain surgery. One approach is that of stereo-EEG or SEEG where electrodes are placed in the brain to confirm where seizures are coming from. SEEG is invasive, expensive and time consuming for doctors and patients. In an ideal world, we would like to see the accuracy of the SEEG without the need for invasive recordings in the brain.

Why do these existing methods need to be improved?

Currently, fMRI and MEG are a long way off the recording level of SEEG. One way to think of this is to imagine your brain as a packed crowd in a very large and noisy room. The people are the brain cells, and the chatter is your brain activity. We want to hear and understand what someone is saying, and where they are standing by having a series of microphones around that room – these microphones are the fMRI and MEG. The microphone recordings might give us an idea of where the person is standing and a muffled recording of them talking. The SEEG would be like putting a microphone in the persons hand – we would be able to hear them clearly, but we would need to know where that person is standing first. The problem we have is that getting into the room and through the crowd is tricky and time-consuming, and we can only use a small number of microphones. Earlier this year, our research group at Cardiff University, along with colleagues at Southmead Hospital, Bristol were awarded an ERUK Endeavour Project Grant to investigate this.

Continued advances in structural MRI, fMRI and MEG technology is however taking us closer to pinpointing where seizures start and how they spread in the brain. This will allow more people to have successful epilepsy surgery and direct future treatment efforts like deep brain stimulation and direct drug delivery.

It’s been a busy month for Professor Hamandi who has also taken on #TourDeERUK, clocking up nearly 500 miles on his bike in aid of epilepsy research! You can find out more and support his efforts here.