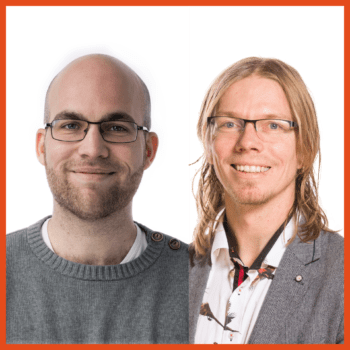 This week’s blog is from Epilepsy Research UK Emerging Leader Fellow Dr Wessel Woldman and SAC member Professor John Terry, who are both based at the University of Birmingham. Dr Woldman and Professor Terry discuss their company Neuronostics and their ERUK-funded research on how mathematics is helping to find answers to why the brains of people with epilepsy are more likely to have seizures.

There are many reasons why your car might fail its MOT. Two common reasons relate to tyres and brakes. If the tread level on tyres falls below 1.6mm, or the brake pad is worn below 1.5mm, the car is no longer safe to drive. But what is the significance of the number itself? Is the car really safe with a tread level of 1.61mm and unsafe at 1.59mm? This is where mathematics and statistics come in. It’s not necessarily the case that you won’t have an accident when the level is 1.61mm and you will when it’s 1.59mm. Rather, analysis of the data shows that when the level of tread drops below 1.6mm, the chance of having an accident begins to increase very rapidly. The risk is unacceptable and so we change our tyres.

Now imagine a world where we knew nothing about the level of tread, or the wear of the brake pad. We would only recognise something was wrong when we had an incident. It might be minor: perhaps overrunning a traffic light by a metre, or major: a crash involving another car or person. Your mechanic wants to identify the problem: tyres, brakes, or something else? In order to decide, they propose that you drive your car down the road again, so they could see what happens. How would that make you feel?

Well, this somewhat extreme example reflects the challenge faced when diagnosing epilepsy. The incident is effectively the seizure, or something that seemed like a seizure. Whether the cause was tyres or brakes, is like deciding was the cause epilepsy or a different condition. We commonly use a measurement called an electroencephalogram, or EEG, to capture waves of electrical activity that the brain generates. These brain waves change shape and size when a seizure occurs. Clinicians use these patterns within the data to confirm a diagnosis of epilepsy. The trouble is that it can take months or years for a seizure to be recorded on the EEG. Often, we don’t capture one. What does this mean? The person doesn’t have epilepsy, or just that we haven’t observed a seizure?

But what if there was a way to indicate that the brain had a high chance of seizures even if one hasn’t been recorded? Rather than monitoring for weeks and months waiting for seizures, we decide that the risk of seizures occurring is such that we should provide treatment? This is where mathematics and statistics come in again.

For a number of years we have been developing mathematical models that describe brain activity and how the brain transitions from healthy states to seizure states. We can use EEG recordings that are routinely collected in clinic to inform how different regions of the brain within the model are connected. This ensures our model is now personalised, reflecting the individual being studied. We use computers to perform simulations of this model and the output is signals that look like EEG. From these simulations, we can determine how easy it is for seizures to occur and give this a value between 0 and 1. This seizure risk score, which we call BioEP (short for Biomarker of Epilepsy) can be evaluated using just a few seconds of seizure-free EEG. Essentially BioEP can be calculated from almost any EEG.

We have recently established a spin-out company Neuronostics and are funded by Innovate UK to develop a prototype clinical platform that uses the BioEP score.  We have had a clinical study adopted onto the NIHR portfolio to validate the performance of BioEP as a tool to support clinical decision making when diagnosing epilepsy.

Read more about Dr Woldmans and Professor Terry’s ERUK funded research on assessing when and why epilepsy treatments fails to work here.