If genetics is the answer, what’s the question? 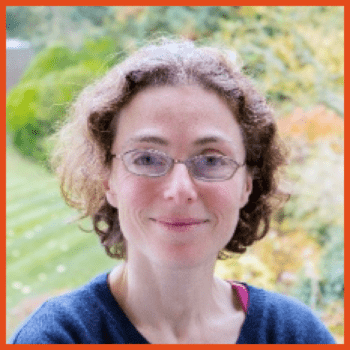 Epilepsy and Genetics
If genetics is the answer, what’s the question?

Dr Kate Baker is a clinical geneticist at the University of Cambridge and a member of the Epilepsy Research UK Scientific Advisory Committee (SAC). She frequently works with families with genetic conditions including epilepsy and is often asked what the future holds for those affected and how can we improve it? In this blog, Kate shares the progress genetic testing has made in the last 10 years, including her own research into a specific genetic mutation, and explains why more research is still needed to provide answers for families.

It is easy to forget how far and how fast genetic testing has progressed for people with epilepsy.  When I started training as a clinical geneticist 10 years ago, we could diagnose some rare epilepsy-associated syndromes, for example, Angelman syndrome or tuberous sclerosis, by spotting shared physical features. Chromosome microarray testing, which looks for small deletions or duplications of genetic information, was just starting to become available. DNA sequence differences (“variants”) in a handful of genes had been tracked down in some children with early-onset, severe epilepsies but it cost thousands of pounds to test any one gene, and we had to argue long and hard for permission from testing committees to request these tests on a case-by-case basis.

Then in the mid-2010s Next Generation Sequencing (NGS) methods were introduced, the costs fell, and large research studies (such as Deciphering Developmental Disorders, Epi4K, and the 100,000 Genomes Project) showed that NGS is efficient for diagnosing known rare disorders and discovering new diagnoses. Now, NGS is available as an NHS test for anyone whose epilepsy started before the age of two, or who has epilepsy plus intellectual disability, autism or physical features suggesting a genetic syndrome. The chance of finding a genetic diagnosis is somewhere between 25% and 50%, depending on how much DNA sequence is analysed (a selective gene panel or the entire genome – the complete set of genes) and which research paper you read. If a diagnosis is found, we can give clear advice about risks for other family members, and we can (sometimes) provide useful pointers towards safe and effective antiepileptic medications.

So, if genetic diagnosis is now so good, why do we need more research into epilepsy and genetics?  For at least 50% of individuals that are currently offered genetic testing, no diagnosis is reached. So we need more research to discover more genetic causes to add to the existing tests. Testing is not routinely on offer for people with later-onset epilepsies or milder (but still very significant) cognitive difficulties, even if these symptoms run in families, because the chance of making a diagnosis is currently low. Test results are plagued by “variants of uncertain significance” (VUS) which might indicate a cause or might be a red herring – these results generate a lot of worry for families (and doctors!). To improve this situation, we need research into new ways to tell the difference between a harmless variant and a true diagnosis. We also need to understand why the same genetic diagnosis can cause vastly different symptoms in different people, even within the same family.

If testing continues to improve, and a genetic diagnosis can be found for an ever-increasing number of people with epilepsy, will this be the “end of the odyssey” as genetic diagnosis is sometimes termed? Well, no. When I meet patients and families in clinic to discuss a new genetic diagnosis, they are hungry for information. I am usually asked two questions: does this genetic diagnosis predict future problems with learning, social interaction and mental health, and is there a treatment targeted at the genetic problem which will improve quality of life. It is very frustrating for families (and for me!) that we lack answers to these questions and solutions to these problems.

In very small steps, we are starting to find some answers. Here is one example. A few years ago I carried out a research project with families who had received a genetic diagnosis through the GOLD (Genetics of Learning Disability) study led by Professor Lucy Raymond. I travelled across the UK to meet people with variants in many different genes, to find out if people with similar variants shared the same sorts of problems.  In the space of a few weeks, I met 11 people from three families who all had variants in one gene, called ZDHHC9.  Unexpectedly, I found that most of these individuals had experienced a similar form of epilepsy during childhood – Rolandic seizures, which usually occur at night and start with facial twitching.  Rolandic epilepsy is a common form of childhood epilepsy, usually without a known genetic cause, and is often associated with speech and language problems, which continue even if seizures stop. I found that people with ZDHHC9 variants had these speech problems too. This is important for children who are diagnosed with ZDHHC9 variants now because their epilepsy risk can be anticipated and their seizures treated effectively at an early stage. It also means their communication difficulties are recognised and not written off as part of broader learning disabilities.  Finding out more about this genetic diagnosis has, in a sense, given these individuals a voice.

My colleagues and I decided to go one step further. We invited the ZDHHC9 group to visit Cambridge to take part in research brain scans, which they were all keen to do! Again, the results were surprising. We found that their deep brain “control” structures were smaller and less well connected to the rest of the brain. Using a type of functional brain scan called MEG (magnetoencephalography) we found that the normal “maps” of brain activity were present but were switched on and off less frequently. Putting these observations together, we now think that ZDHHC9 is important for controlling the “dynamics” of brain electrical activity, which might explain why individuals with ZDHHC9 variants are at risk of seizures and have difficulties with communication and concentration.  This idea could be important for other people with Rolandic epilepsy and might even lead to a targeted treatment – but a lot more research is needed to get there.

So, if genetics is the answer, what do YOU think should be the question?