How research can change policy and clinical practice: epilepsy-related deaths 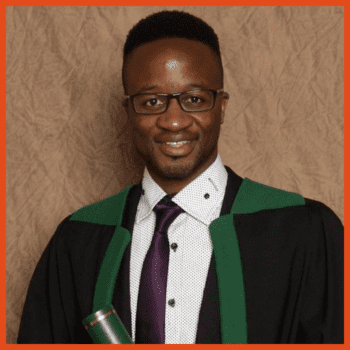 Continuing the ERUK Research Blog Change Maker series this week is Dr Gashirai Mbizvo. In this blog, Dr Mbizvo discusses how his ERUK-funded research in Scotland discovered that almost 80% of epilepsy-related deaths among adults are potentially avoidable, and how this work is helping to change policy and clinical practice.

In September 2016 I joined the team at the Muir Maxwell Epilepsy Centre in Edinburgh as their Clinical Research Fellow. We quickly set to work trying to make our objectives a reality: to use this research platform to raise awareness of the plight people with epilepsy and their families experience in losing a loved one to the condition.

The importance of this goal was clear to us, but how would we go about conducting a nationwide study to investigate it? I needed to educate myself further. I attended a PhD Summer School put on by the Centre for Clinical Brain Sciences, where I learned that lots of other PhD students were similarly unsure how to proceed with their projects. Fortunately, one of the leading lectures was from the Anne Rowling Clinic co-director, Professor Charles ffrench-Constant. His message was clear: If you want to convince others of the importance of your own work, present it according to the following structure:

1.) What is your research question?

2.) Why is your research question important?

3.) How are you going to answer your research question?

4.) What are your research findings likely to be?

It was as if a lightning bolt had struck. I knew exactly how I wanted to communicate my research. See if this convinces you:

What research question did we answer?

What are the rates, causes, and risk factors for adult epilepsy-related deaths? And what proportion are potentially avoidable?

Why was this research question important?

Firstly, epilepsy is common. In Scotland alone, there are nearly 60,0000 people with epilepsy. We know that there is an increased risk of death in people with epilepsy. However, we don’t know what proportion of those deaths are specifically epilepsy-related (i.e. caused by the epilepsy itself, its treatments, or other conditions associated with epilepsy), nor do we know what proportion of those deaths are potentially avoidable. Furthermore, mortality in people with epilepsy has never been investigated nationally in Scotland. This is a pressing issue, as Scotland has a lower life expectancy than the rest of the UK and Western Europe. A larger proportion of its population also lives in rural and remote communities compared with the rest of the UK, which inevitably presents challenges in the provision of healthcare.

How did we answer the research question?

We conducted a Scotland-wide retrospective cohort study (to identify rate and causes), and a case-control study to identify risk factors. These were facilitated by linking various administrative healthcare datasets around the country from  2009 – 2016.

What were the findings of our research?

After taking three years to get through steps 1–3 we now have the research findings, and they are startling.

There were 2,149 epilepsy-related deaths in Scotland from 2009 to 2016. 59% of those who died had had one or more seizure or epilepsy-related hospital admission during 2009–16, and yet only 24% had been seen in a neurology clinic during that same period. This suggests many of the acute hospital admissions were not translating into a patient being seen in a specialist epilepsy clinic in the years leading up to their death. We also found that those with epilepsy between 16-54 years of age, were between two and six times more likely to die than those of the same age without epilepsy. Nearly 60% of those in this young-adult age group were from Scotland’s most economically deprived areas. Nearly 80% of the epilepsy-related deaths were classed as potentially avoidable.

Whilst I presented this work at several international meetings, and even won several important awards recognising the importance of this work, it only became clear to me just how much our research might have the potential to change policy and clinical practice when the invitation came to present it at Scottish Parliament. Many ideas on improving the situation were discussed. The three key areas were:

To give an example of the last point, both doctors and nurses who care for people with epilepsy usually do the “safety briefing” just once (i.e. they talk about SUDEP, showering instead of bathing, driving, swimming alone in the sea, making sure there is a lifeguard at a swimming pool etc). This briefing is usually given at the first or second appointment. Yet every time you get on an aeroplane or a ship, you have a safety briefing. We could all just about recite what they say on commercial flights – which means we all have a greater chance to do exactly the right thing in an emergency. Why is epilepsy not treated similarly? It may be that we need to consider doing the epilepsy safety briefing twice a year with our regular patients and using electronic media to send out safety reminder texts to all our registered patients etc.

I am encouraged by the interest gained in this important topic of epilepsy mortality. With the support of leading groups and research charities like Epilepsy Research UK, I am hopeful that we will continue to raise awareness of the issues faced by patients and their families, and try to underpin this with scientific research and policy changes to effect clinical practice. 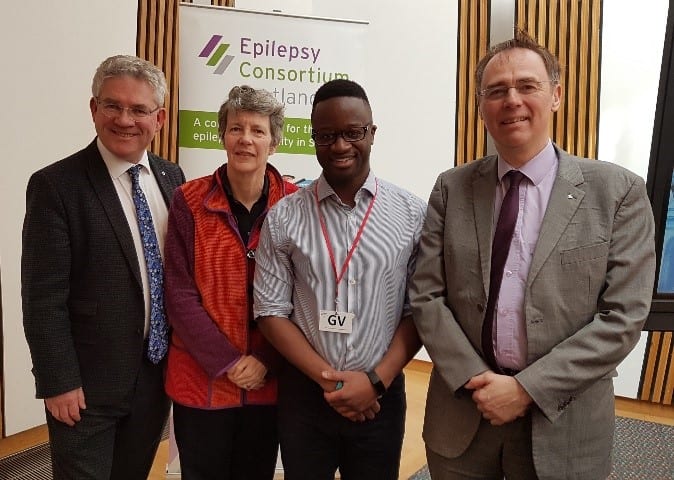 Gashirai Mbizvo said “The exact thoughts I had in my head during the moment pictured on the left, were along the lines of ‘how on earth did I end up standing inside the Scottish parliament building?! Next to two senior politicians who have congregated a crowd just to listen to me talk about my research?!’”

A cohort study: a study that follows a group of people up over time in order to count up how many of them experience a particular outcome and when, and this is used to calculate a rate of occurrence of that outcome, e.g. a mortality rate.

A case-control study: a study that compares those who are alive with those who are deceased (at the same age), in order to look for differences between the two groups, e.g. in the type of epilepsy care they had.

Administrative data: this is information routinely and anonymously collected about all patients in Scotland as they use the NHS. Following strict data protection and ethics approvals, doctors researching particular conditions can gain permissions to access such data, in order to try and help by investigating for trends in the disease.

Read more about Dr Mbizvo’s ERUK project grant with Dr Susan Duncan; investigating the causes of death of people with epilepsy in Scotland over a five year period here.