Down syndrome and dementia-associated seizures 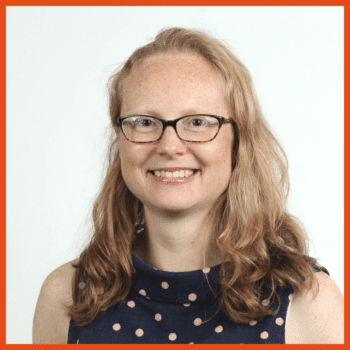 In today’s Research Blog we hear from Dr Frances Wiseman, who was awarded an Epilepsy Research UK Pilot Grant in 2013 to investigate epilepsy in Down syndrome with Alzheimer’s disease. Dr Wiseman explains the link between epilepsy and Down syndrome and provides us with an update on her research.

Down syndrome and dementia

There are approximately 6 million people worldwide who have Down syndrome. People with Down syndrome have an increased risk of a number of medical conditions, as well as experiencing intellectual disability. There is also a very high risk of developing early onset dementia in mid-life – caused by Alzheimer’s disease. About two in three people with Down syndrome will have been diagnosed with dementia by the time they are 65. Dementia can affect memory and how people think and feel. There is currently no treatment for this devastating disease.

Down syndrome and epilepsy

Research suggests that people with Down syndrome and dementia who develop epilepsy experience a faster decline in their ability to think and remember, compared with people who don’t have epilepsy. It is not yet known why people with Down syndrome have seizures so frequently when they develop dementia, and many research groups are trying to understand this – including my own.

What causes Down syndrome?

How is your project investigating the increased risk of seizures in people with Down syndrome?

My group use experimental models of Down syndrome that have an extra copy, or partial extra copy, of chromosome 21. We use these models to work out which genes on chromosome 21 cause the increased risk of dementia and how the function of cells and the brain is changed by these extra genes. We are particularly interested in how cells in the brain that have an extra copy of chromosome 21 respond differently to amyloid protein build-up (which causes Alzheimer’s disease) compared with cells that have the typical two copies of the chromosome. We suspect that these differences cause the increase risk in seizures in the people with Down syndrome when they develop dementia.

We recently tested if one small section of the chromosome was able to change the risk of seizures in our experimental model system. We found that this region was not responsible for a change in the risk of seizures and published this work in a recent scientific paper. We continue to look for the combination of genes that cause the increased risk of dementia-associated seizures in people who have Down syndrome.

Register to our Research Roundtable to hear more about this research