Annie’s Story – Growing up with epilepsy 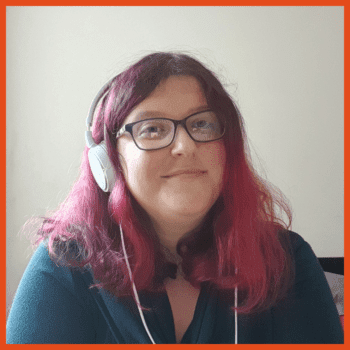 Epilepsy in Childhood
Annie’s Story – Growing up with epilepsy

In this week’s Epilepsy in Childhood Research Blog, we speak to Young Reps member Annie. Young Reps are a panel of 16-25 year olds who advise Young Epilepsy on their work. The panel will also review applications for the Epilepsy Research UK and Young Epilepsy joint research fellowship, alongside our Scientific Advisory Committee, to maximise the potential impact of the research for young people with epilepsy. In this blog, Annie shares her story of what it is like growing up with epilepsy, and the impact it is still having on her as a young adult.

When a mother has her first child, she’s expecting all the wonderful parenting milestones that come with it. From first steps to making new friends at school, excelling in exams before conquering university and starting a career.

When my mother had me, things were slightly different. It started as you would expect; I took my first steps, learnt my first words and even made it to nursery without incident! But when I reached 5 years old something seemed a little bit strange. I unexpectedly started hitting my head off walls, randomly marched around in circles and clapped my hands in an overly excited manner.

It wasn’t until about 8 years old that I was diagnosed with epilepsy. At that age, it didn’t really feel like the landmark event it turned out to be. Despite the introduction of regular hospital appointments and medication, it never really dawned on me that I was any different from other kids. Sure, if I mentioned my MRIs or EEGs, no one had a clue what that meant and I suppose you wouldn’t find my classmates having absence seizures lasting up to 30 seconds. But to me, I was exactly the same as them; my epilepsy was nothing, it didn’t exist. I was in denial.

As I grew older and my seizures became more frequent, I learnt to deal with them and accept that they were part of my life, like it or lump it. I remember my Nan telling me at her dining room table that my epilepsy is there, and it is very real. That’s what it took for me to accept my epilepsy and decide to deal with it the best I could.

From then on I became more involved in my hospital appointments. I learned to deal with MRIs (although they still give me the creeps!) and started to ‘take on’ my epilepsy. No longer was it this thing following me around in my day-to-day life, it became more like a companion since I learned it’s unlikely I’ll ever be seizure-free.

As I traversed through my teens, I was told by a doctor I was on the highest doses of medication my body would allow and my only option to be seizure-free was brain surgery. It felt like I was about to turn over a new leaf. I might have had to do it the hard way, but I thought I was going to be one of the lucky cases you only see on social media!

I went on to have the surgery and was seizure-free for 12 weeks, the longest period I can remember. Unfortunately, it didn’t last. My seizures returned and have stuck with me ever since, but luckily not as severe or as often as they once were, so we’ll call that a semi-success!

And who knows? Maybe in the future, further research into epilepsy will enable more options for me that will give me the freedom I want so much; a life free from epilepsy. The main thing I’m thankful for is that, despite wanting freedom from epilepsy, I don’t feel like I need it anymore and that’s all the recovery I could hope for.

As a Young Rep for Young Epilepsy, Annie amongst other young people, regularly shares her experiences on Young Epilepsy’s digital platform; The Channel. Please head to The Channel to discover more real-life stories as well as information, advice, guidance and life hacks for young people with epilepsy and their parents across the UK.