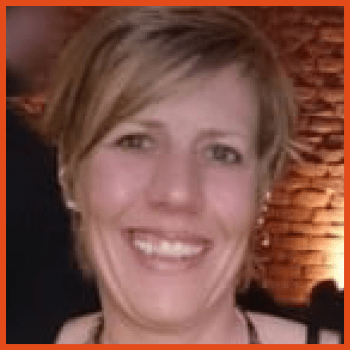 Anna is a qualified sports coach and works as a teaching assistant at a primary school. At the age of 24 she suffered a head injury when her car was hit by a careless driver, developing epilepsy as a result of the collision. In this Research Blog, Anna discusses her epilepsy journey from seeking diagnosis to the various impacts of the condition on her life.

My first seizure was witnessed by my then-boyfriend. I saw my doctor a few days later but was sent away and told to come back only if I experienced another seizure. Following my second seizure, I returned and asked to be referred to a specialist. I knew something was wrong.

A number of investigations were carried out, such as MRI scans, ECGs and EEGs. The specialist said they could find no reason to explain why my seizures had started as I “had not had a substantial head injury, so my epilepsy could not have been caused by the car accident”. With determination and my mother’s support, I asked for a second opinion. Two years later, my second specialist concluded that the only explanation for my epilepsy was the accident. It was a further ten years until I found some early notes on my medical file which confirmed the cause; I did in fact have lesions on my brain caused by the collision.

It took a year after developing epilepsy to get things under control with medication. The first drug made me feel unwell and caused me to feel spaced out, so I switched to a fairly new drug at the time, Lamotrigine, which suited me better.

I experienced a lot of stress through my work, so I was put on a higher dose to better control my seizures. Under supervision from my specialist, we tried reducing the dose, but I had two nocturnal seizures in one night. I was then told that epilepsy was with me for life. I have now been eight years seizure free, but I still live with the emotional and memory issues.

The most frustrating part of my epilepsy journey was not getting enough help. Not knowing you can get free prescriptions, disabled railcards and so on. There is not enough information about the condition or support for those newly diagnosed, and their families.

My diagnosis has negatively impacted my life in several ways. It has stopped me from getting the job I wanted in the RAF and it has affected my relationships. I have depression and I am on medication to normalise my moods. I still have to push myself to go out and do the things that I enjoy. I get tired a lot and very forgetful, which I try and hide at work. I write lists everywhere, set reminders on my phone, write on my hand, write in my diary, and leave post-it notes. I put my clothes out the night before so that I know what is happening the next day as soon as I wake up. I have days where I have no idea what I am supposed to be doing and I get disorientated. For a few months following the accident, my mum had to wake me up and tell me what was going on that day.

Research is the most important thing ever! I hope doctors learn more about the various causes of epilepsy and if there are any ways of reversing the problems. My specialist said that it is an area of medicine in which we are still finding out the answers.