North Wales siblings to trek Everest in memory of brother

Angharad and Gerallt Jones are trekking to Everest Base Camp in just a couple of days time to raise awareness and funds for Epilepsy Research UK in tribute to their brother Dafydd who died suddenly of epilepsy in May 2013.Speaking recently to the North Wales Daily Post, Angharad said she did not know epilepsy could be fatal until Dafydd died of SUDEP (Sudden Unexpected Death in Epilepsy).Angharad  said: “He was my big brother, he was so much fun and such a character. I miss him every day. Me and Gerallt went up Snowdon last year and decided we should do something to remember Dafydd.  Nepal is somewhere I have always wanted to visit and I think it would be a good way to remember Dafydd.  But not just that, it’s about raising awareness. I had no idea epilepsy was fatal. It is actually quite common and people don’t realise, well, I didn’t.”Angharad Jones has been campaigning to raise awareness of Sudden Unexpected Death in Epilepsy since her elder brother Dafydd died.They originally aimed to raise £5,000 but have doubled this raising over £10,000 already. They have also funded the trip entirely themselves and we are hugely grateful for all their support.https://www.justgiving.com/angiegezebc/“We decided to donate to Epilepsy Research UK as they are the only national charity dedicated to funding independent scientific research into epilepsy in the UK.”Angharad and Gerallt will be reporting back on their trip on their return – we can’t wait to hear all about it and we hope they have the adventure of a lifetime! 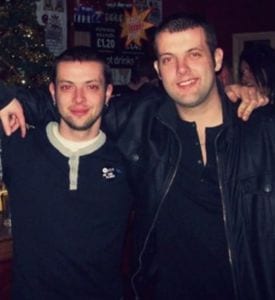 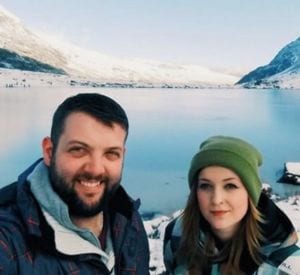