Throughout September our supporters and funded researchers are taking on the ‘Tour de ERUK’ virtual cycling challenge, riding a section or the whole of the 935.1 miles between all the institutions we fund. To mark the start of the cycling event of 2020, as well as the start of Tour de France (the second most important cycling event!) we spoke to former World Champion cyclist and Tour De France stage winner Marion Clignet. With over 300 victories, including stage wins in Tour de France, Marion shared her journey to becoming the French World Cycling Champion, despite being diagnosed with epilepsy at 22. She also had some wise words for the cyclists taking on the Tour de ERUK! 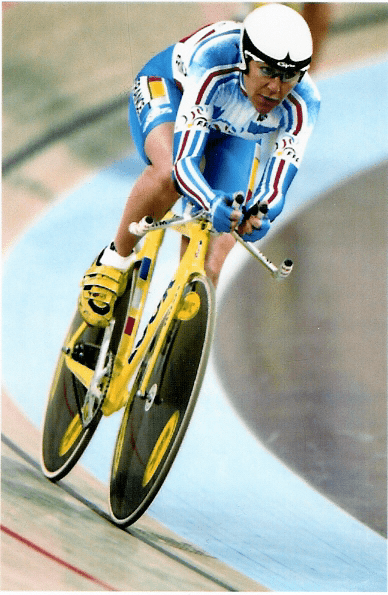 How did you find out you had epilepsy?  When were you first diagnosed?

At the age of 22 I woke up on the floor with a semi-circle of faces looking down at me. I couldn’t remember my name or where I lived, but I knew I knew the answers! I was whisked off to the Washington Hospital Center when someone asked me who the president was and I said Nixon…he had been impeached 12 years earlier. I was diagnosed a day or two later and told I shouldn‘t go out alone, partake in any sports, or talk to anyone about having epilepsy because it was so taboo. My driver’s license was also suspended for one year starting that day and I was told I’d have to take medication for the rest of my life.

What was your and your family and friends immediate reaction to the news?

My reaction was pretty much to do the opposite of what the neurologist told me. I no longer had my driver’s license but I felt that being outside and getting oxygen could only help, so I bought a used bike and started riding the 30km to and from work every day. I did my best to educate people around me on what to do if I had a seizure. My family was a bit worried but they were supportive of what I was doing. Most of my friends were fine; it’s not like I had changed over-night. If I hadn’t told them I had epilepsy, they wouldn’t have known, unless they’d seen me have a seizure.

What are the main effects that epilepsy has had on your life and cycling career?

The biggest issues have been the side effects of medications and finding the right dosage of the right medication for me. Some antiepileptic drugs make you tired, some tap into your folic acid reserves so you have to pay more attention to your nutrition to make sure you don’t end up anaemic. 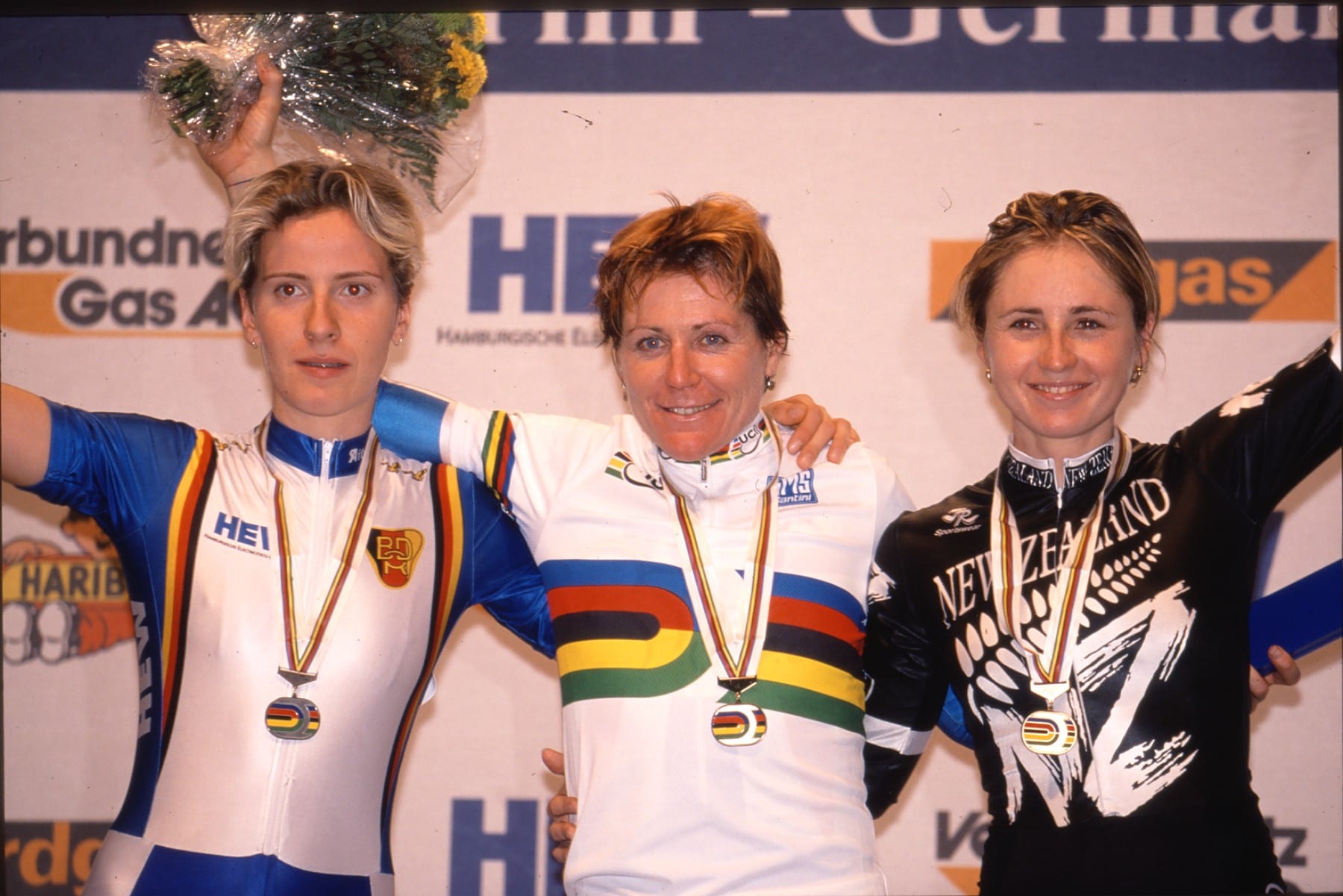 After winning gold, silver, and bronze medal at the US national road championships in 1990 and qualifying for the US world championship team, I was told that having epilepsy could make me a risk to the team. Hearing those words made me realise that I had had to work harder than others to get to the level I was at. Having dual nationality, I finished the 1990 season in France, won races and was offered a spot on the French national team. The following year I was French road and track Champion, as well as World Champion!

Do you have a message for the researchers and supporters taking on the Tour de ERUK?

Where there’s a will there’s a way! While you’re out riding, if your legs hurt and you feel like giving up, DON’T! If your legs hurt, everyone else’s hurt more, so just ride on and think of all of the work that needs to be done to help make strides in epilepsy research, such as neurotransmitters, discovering new molecules and gene targets, and so much more. 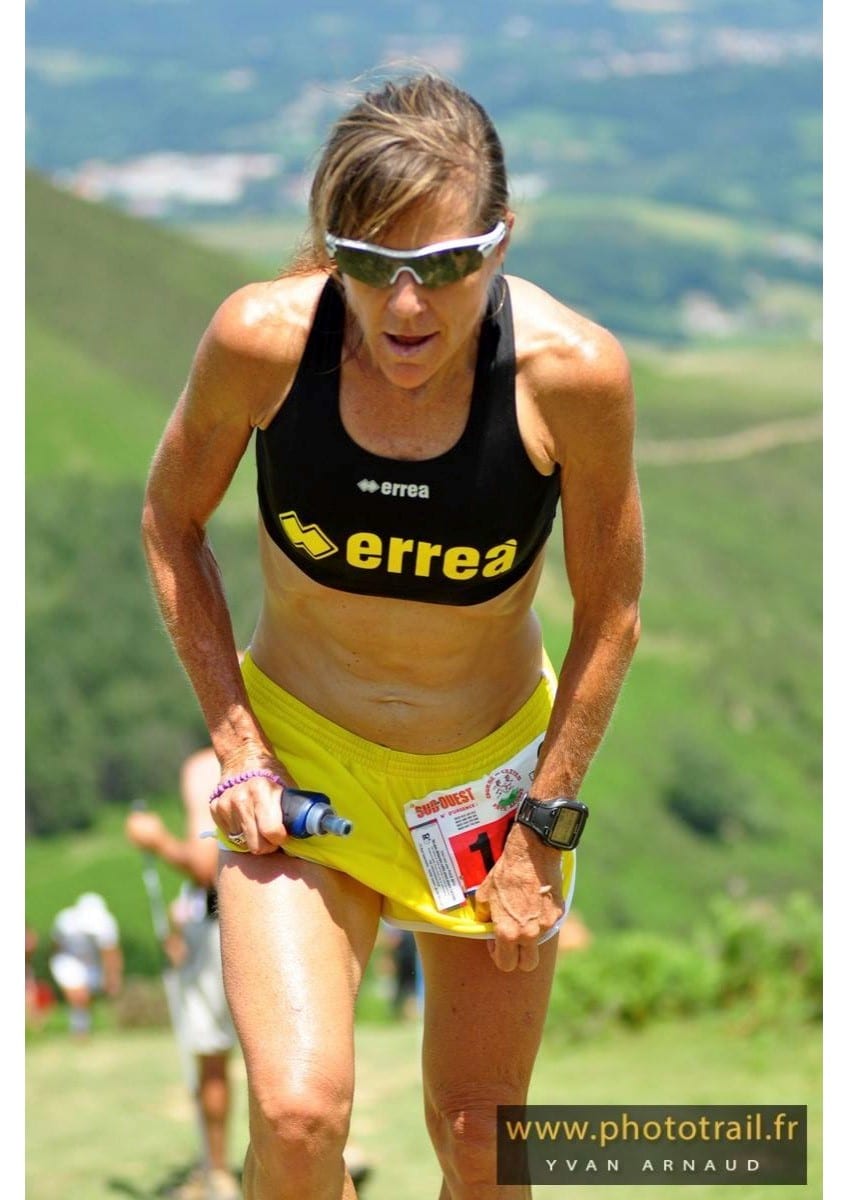 You’ve supported numerous epilepsy charities over the years, including research organisations. Why do you believe supporting epilepsy research is important?

I believe that one day, research will discover what mysteriously caused me to start having seizures at the age of 22, like so many other people who have idiopathic epilepsy. I also believe that huge strides can be made to discover new drug targets that have fewer side effects on people with epilepsy yet help control seizures.

What are your hopes for the future regarding epilepsy research or general awareness and understanding of the condition?

My hope is that very soon we will better understand the brain and how it works. I believe we only understand a given percent of our capacities, so once we get past that and really dig into things like neuroreceptors and transmitters, maybe we can find out more!

To hear more about Marion’s story, you can watch her Ted Talk here.