New regulations for the prescription of anti-epileptic drug have been introduced by the Medicines and Healthcare Regulation Authority (MHRA). Sodium valproate (also known as Epilim, Depakote, Epival, Episenta, and Convulex) can be prescribed for epilepsy, bipolar disorder, and migraine, can no longer be prescribed to women of childbearing age unless they are on a pregnancy prevention plan (PPP).The guidelines are based on recommendations from the European Medicines Agency, who conducted a Europe-wide review. They have agreed that no woman should be prescribed the drug unless they are on a plan to prevent getting pregnant. If taken during pregnancy, up to 4 in 10 babies are at risk of developmental disorders and roughly 1 in 10 are at risk of birth defects. Sodium Valproate is an effective drug in controlling epileptic seizures, and for some patients there may be no other effective treatment available.All women and girls who are prescribed valproate should contact their GP and arrange to have their treatment reviewed. No woman or girl should stop taking valproate without medical advice. Healthcare professionals who seek to prescribe valproate to their female patients must make sure they are enrolled in the PPP. This includes the completion of a signed risk acknowledgement form when their treatment is reviewed by a specialist, at least annually.Epilepsy Research UK have played an active role in the Valproate Stakeholders’ Network (VSN) since it was formed in January 2016 to help raise awareness of the risks of valproate for women. The VSN consists of staff from the MHRA, healthcare professionals, representatives of charities such as ERUK, Epilepsy Society, Epilepsy Action, FACS Aware, and OACS, and most importantly, patient representatives, who have been affected by the drug. You can read about the experiences of one of the patient representatives, Emma Friedmann, in our case study here.The pharmaceutical companies that manufacture the drug, have been called on to conduct more research to characterise the nature and extent of the risks posed by valproate and into ongoing valproate use and the long-term effects from affected pregnancies.You should never stop taking your epilepsy medication without medical supervision, even if you are pregnant. If you are on valproate and are worried about the side effects, you should contact your GP to discuss it as soon as possible.Further information about the risks of taking valproate during pregnancy can be found here.Support groups have been set up by patients to help women affected by valproate during pregnancy:FACSaware         01162200486OACS                     07904200364INFACT                https://infactuk.com/contact/ 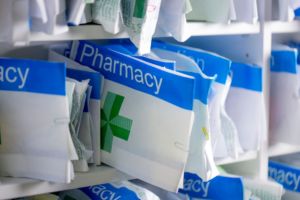