On Wednesday 12 September, Epilepsy Research UK visited The Living Systems Institute at The University of Exeter to host an evening together with some of our regional researchers and supporters.Professors John Terry & Adam Zeman put together a fantastic programme for us and we were keen to hear all about the research that has taken place, some of which Epilepsy Research UK has funded. 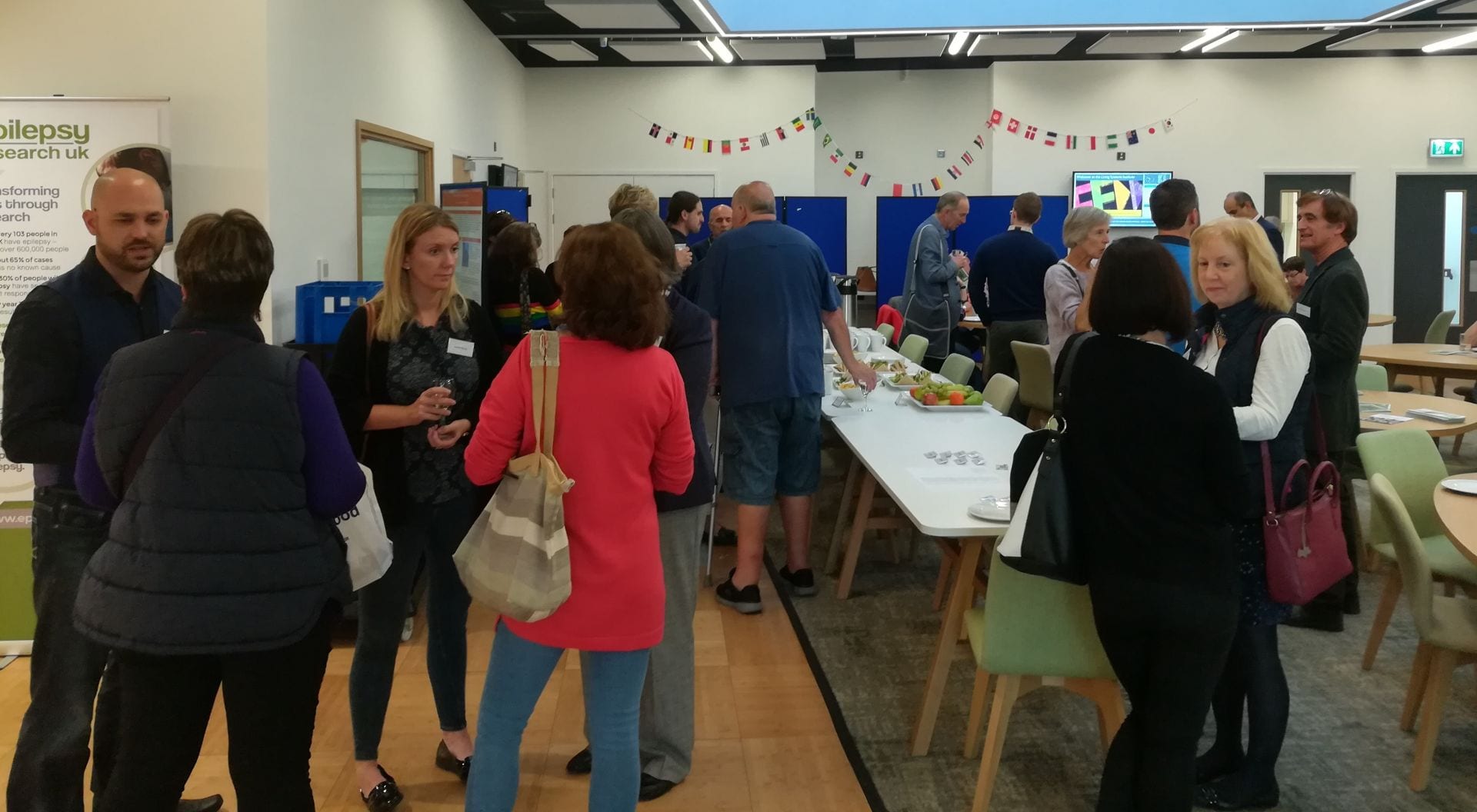 Professor John Terry chaired the event, and it was the first opportunity our supporters had to meet ERUK’s new CEO Maxine Smeaton who was delighted to join us and introduced the evening.  We heard from Dr Piotr Slowinski whose research seeks to better understand the origin of focal epilepsies using both computational and experimental models. 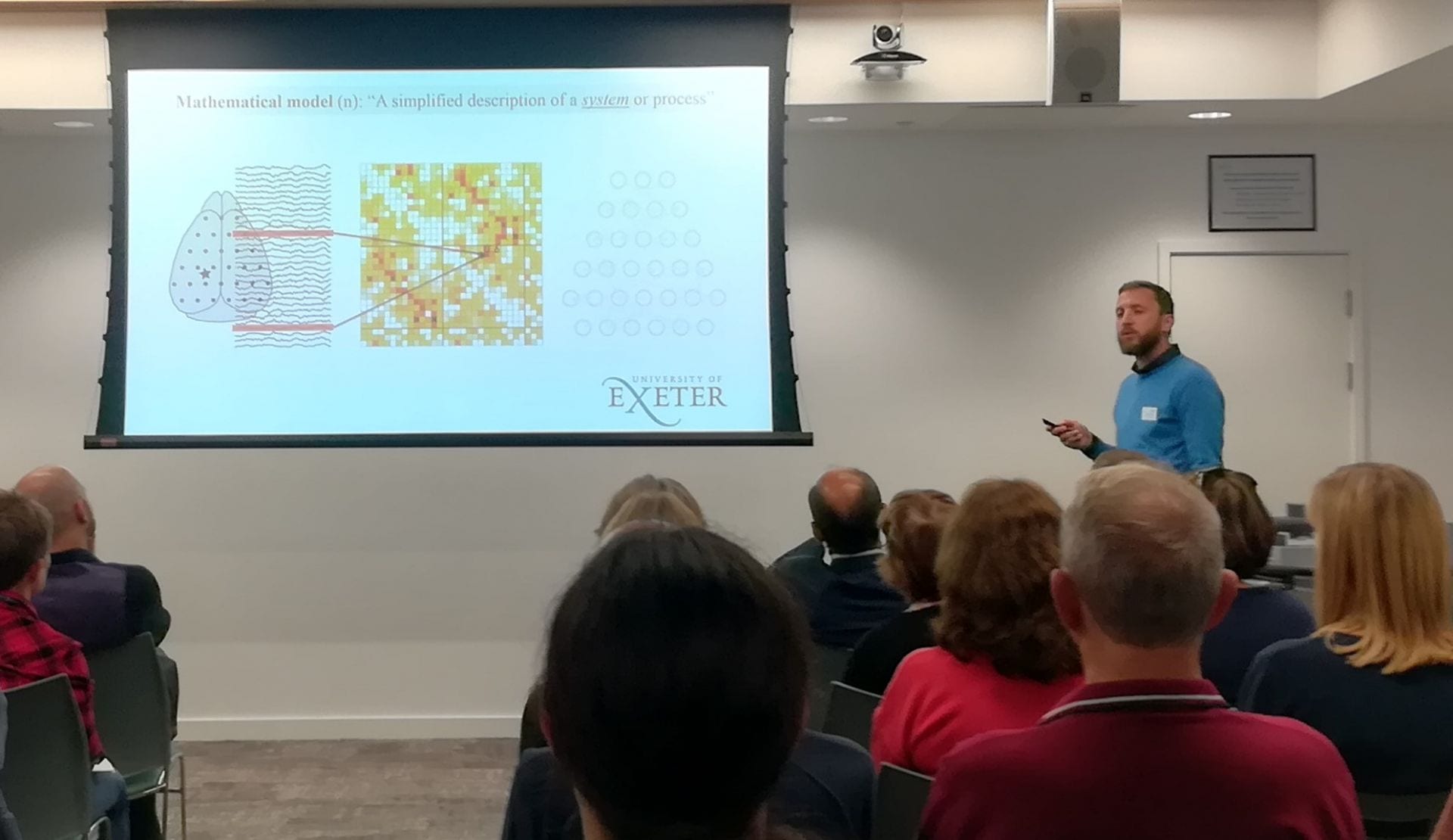 This was followed by Dr John Baker who described his research into epilepsy in dementia versus memory loss in epilepsy. People with dementia have about a 25% chance of developing epilepsy and John highlighted many challenges involved in delineating symptoms of early stage dementia from those of epilepsy. 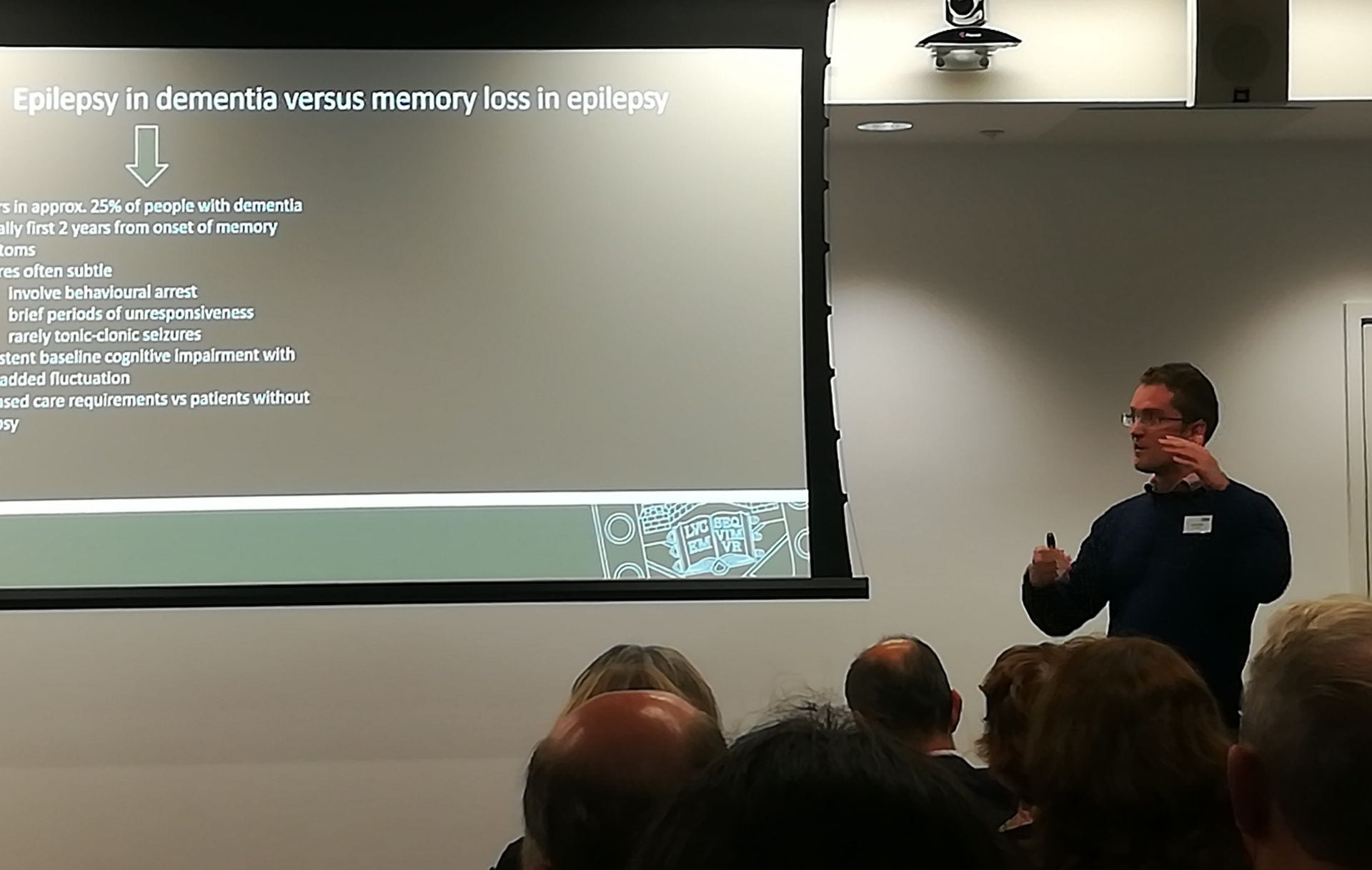 Simon Privett was up next, Simon has epilepsy and he spoke about his experiences, and how he has gone onto help others, both by setting up two Coffee & Chat groups in Devon, but also liaising with Professor Terry and the team with his lived experiences work, and helping to shape research understanding for everyone. 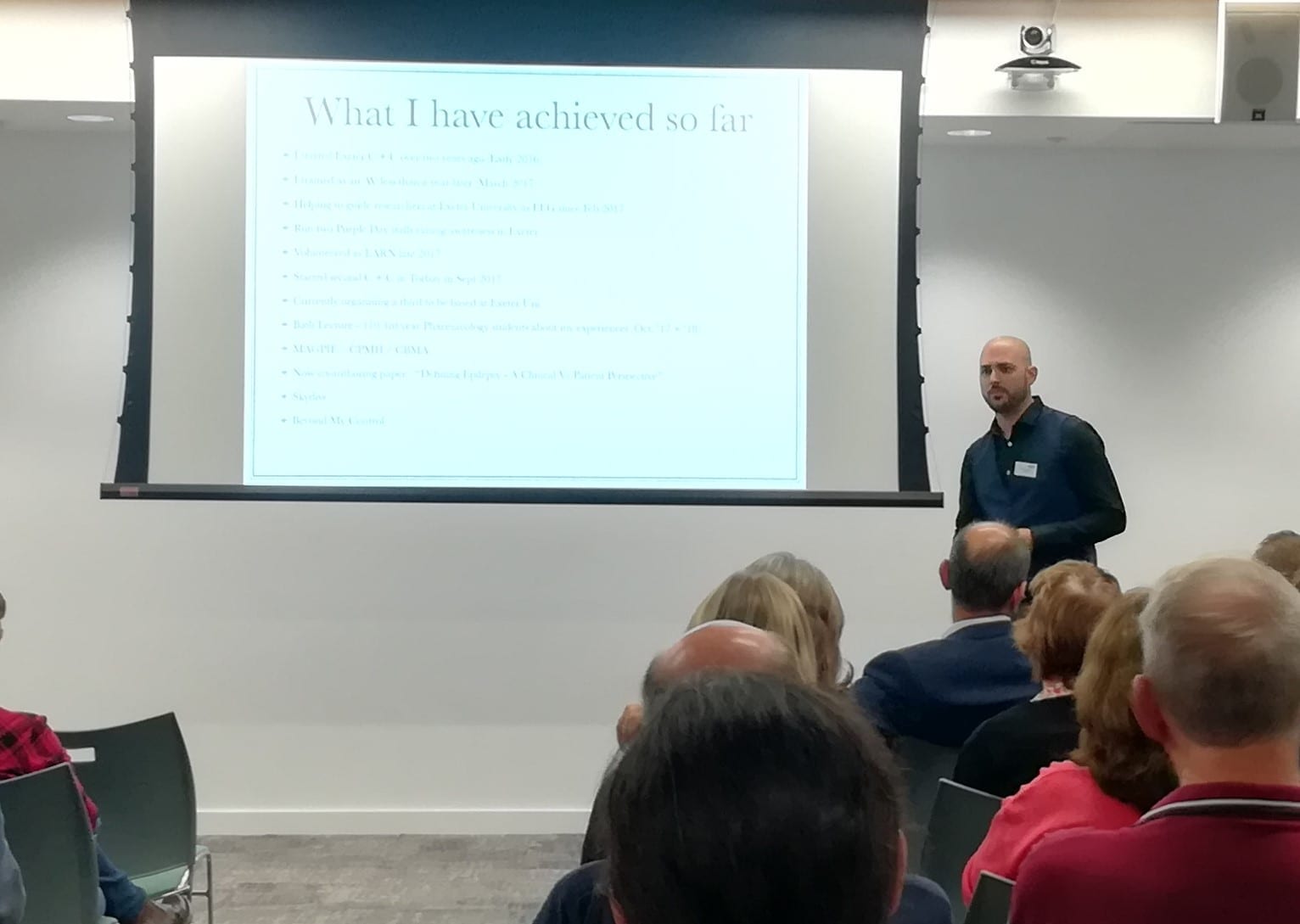 Finally we heard from Dr Khalid Hamandi who gave us a fascinating overview of brain imaging and how things have developed with new technologies, and how he used funding from ERUK to better understand human epilepsies through imaging. 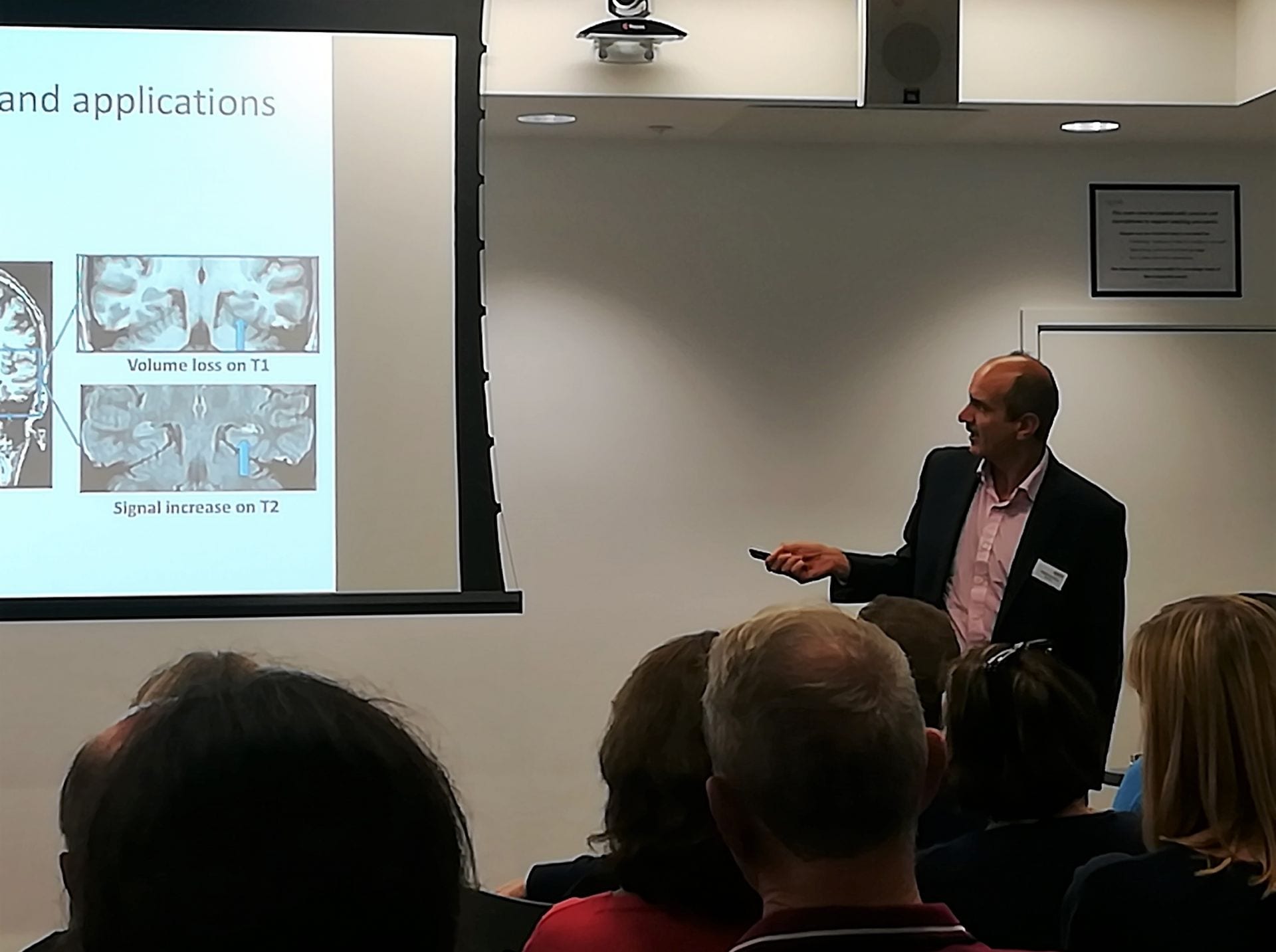 It was an inspirational evening, and certainly very informative! Our guests also had the opportunity to look at the labs in situ around the building on a tour led by Dr Piotr Slowinski after the talks, and hear more about the actual research and how it takes place.Our sincere thanks to all of our speakers who gave up their time and for Professors John Terry and Adam Zeman for putting the programme together. Also Silvia Bortolli and everyone at The Living Systems Institute and The University of Exeter who helped put the evening together. 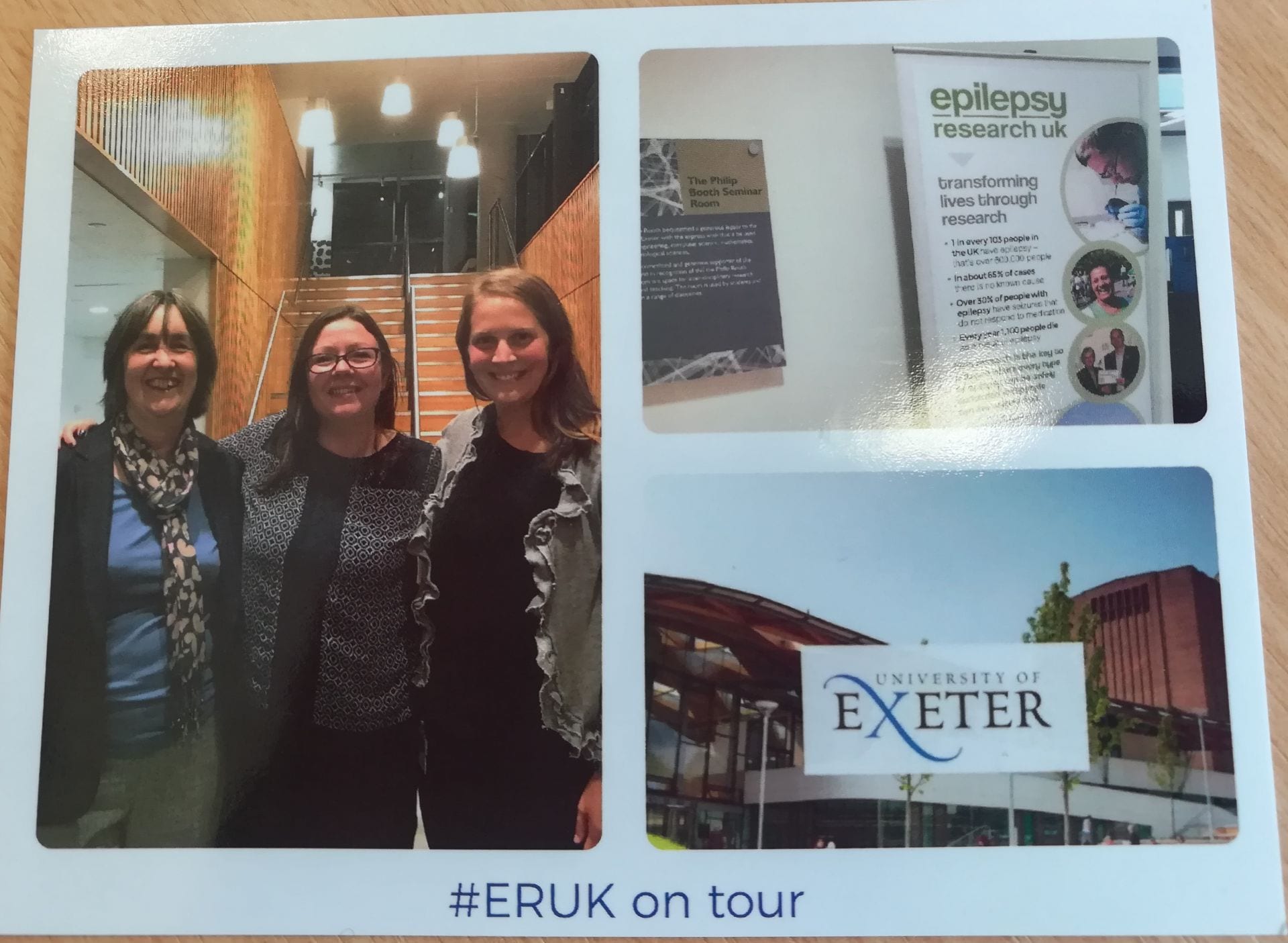 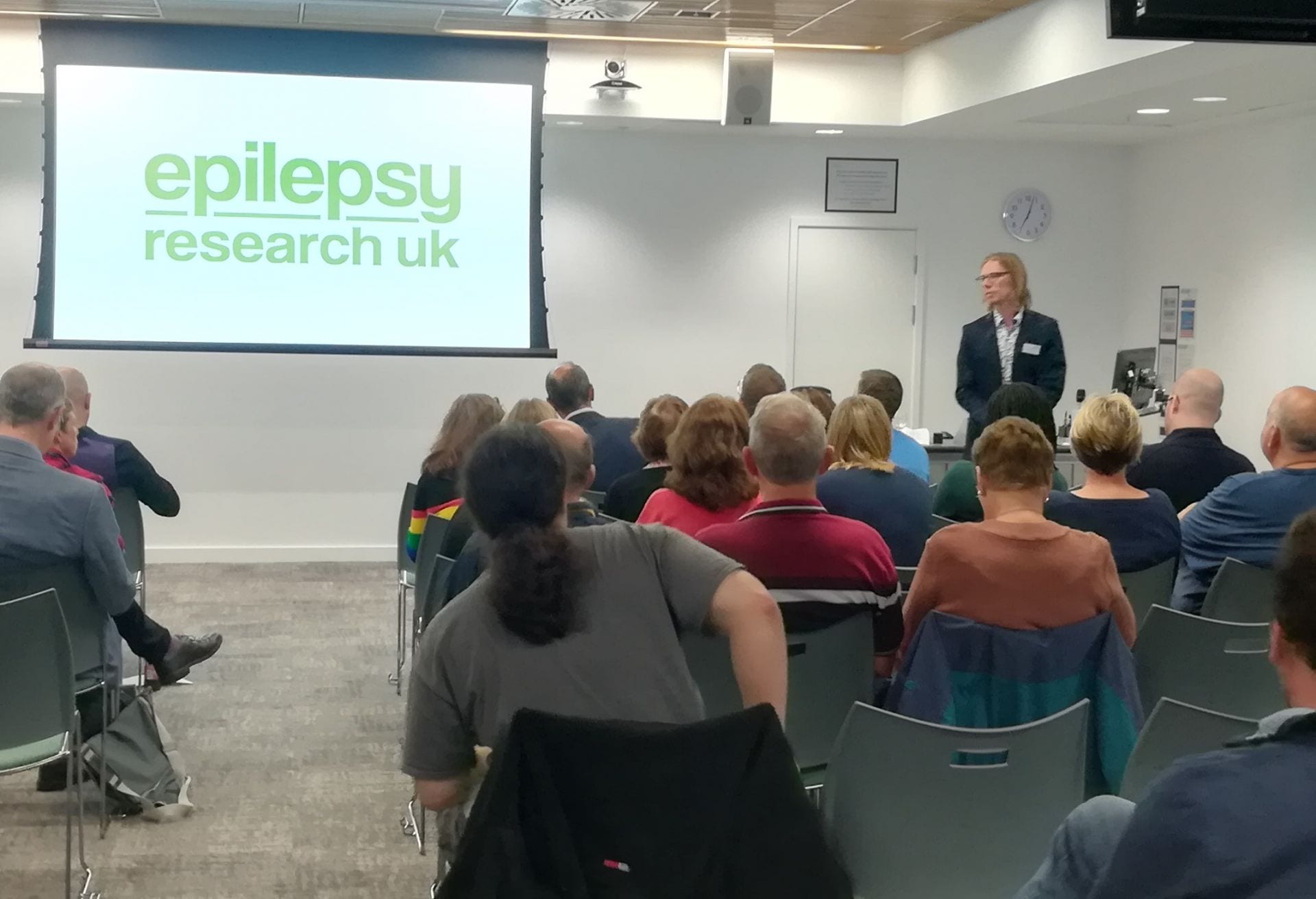