Last week ERUK’s Research and Policy Manager Caoimhe attended the Valproate Stakeholder Network Meeting to learn the latest developments in management of the drug and discuss the progress of the Pregnancy Prevention Plan.

Sodium valproate is an effective epileptic drug prescribed to patients to control seizures, as well as being prescribed for bipolar disorder and migraines. The drug is no longer prescribed to women of childbearing age unless they are on a Pregnancy Prevention Plan (PPP), due to the implementation of new guidelines based on recommendations from the European Medicines Agency. The guidelines were based on research, partly funded by Epilepsy Research UK, demonstrating that taking sodium valproate during pregnancy carries a 4 in 10 risk of developmental disorders and roughly a 1 in 10 risk of birth defects for the baby. 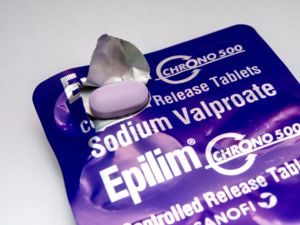 What is the Valproate Stakeholder’ Network?

ERUK has played an active role in the Valproate Stakeholders’ Network (VSN) since it was formed in January 2016 to help raise awareness of the risks of valproate for women. The VSN consists of staff from the MHRA, healthcare professionals, representatives of charities such as ERUK, Young Epilepsy, Epilepsy Action, Epilepsy Society, OACS, FACS Aware, INFACT, and most importantly, patient representatives, who have been affected by the drug. Last week the VSN held a meeting at the Medicines & Healthcare Regulatory Authority (MHRA) headquarters to discuss the progress of the PPP which was introduced in 2018.

All present at the meeting agreed, that whilst progress was being made, there is still some way to go. Preliminary survey results on the effectiveness of the PPP were shared, with the final results due for publication in the coming months. Many attendees called for more research, such as the work conducted by Dr Rebecca Bromley and colleagues at the University of Manchester.

What did Dr Bromley’s work involve?

Early career support from Epilepsy Research UK helped Dr Rebecca Bromley establish herself as an expert in her field, enabling her to influence guidance on prescription medicine for women with epilepsy. 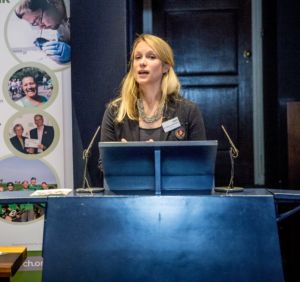 Dr Bromley’s work formed part of a growing body of research showing that foetal exposure to the antiepileptic drug sodium valproate can pose a substantial risk to development. Research has now shown that if sodium valproate is taken during pregnancy, a large percentage of babies are at risk of developmental disorders and birth defects.

Over the past five years Dr Bromley has given evidence about these risks to various government and regulatory bodies including the European Medicines Agency (EMA) reviews in 2014 and 2017. Following recommendations from the EMA after the evidence presented by Dr Bromley and other experts in the field, the MHRA issued the guidance on sodium valproate prescriptions in 2018.

Dr Bromley continues working on these issues and in 2017 obtained further Epilepsy Research UK funding to investigate the potential relationship between exposure to seizures in the womb and later child outcomes. She is also now working as part of the EU funded ConcePTION study which aims to improve current systems through which the potential impacts associated with medication use in pregnancy and/or breastfeeding are investigated and disseminated to both patients and healthcare professionals.

You can read more ERUK’s funded research into epilepsy and pregnancy here.