The Canadian Epilepsy James Lind Alliance Priority Setting Partnership (PSP) have today published their Top 10 Research Priorities for epilepsy. The Canadian Top 10 initiative was led by EpLink in collaboration with the James Lind Alliance (JLA) and the Epilepsy Research Program of the Ontario Brain Institute (OBI). The process took two years and saw Canadians submit and prioritise their most important questions relating to epilepsy and seizures.

The Top 10 Research Priorities were  developed together with members of the epilepsy community and includes a broad range of priorities including genetic markers of epilepsy, long term impact of anti-epileptic drugs, the efficacy of epilepsy surgery and the relationship between epilepsy and memory. The Canadian Epilepsy PSP said: “This Top 10 list is an important first step in ensuring that funds and resources are genuinely focused on the issues that will benefit people living with epilepsy, their caregivers, and clinicians.”

We would like to congratulate our colleagues in the Canadian Epilepsy James Lind Alliance PSP on the completion of this important project. 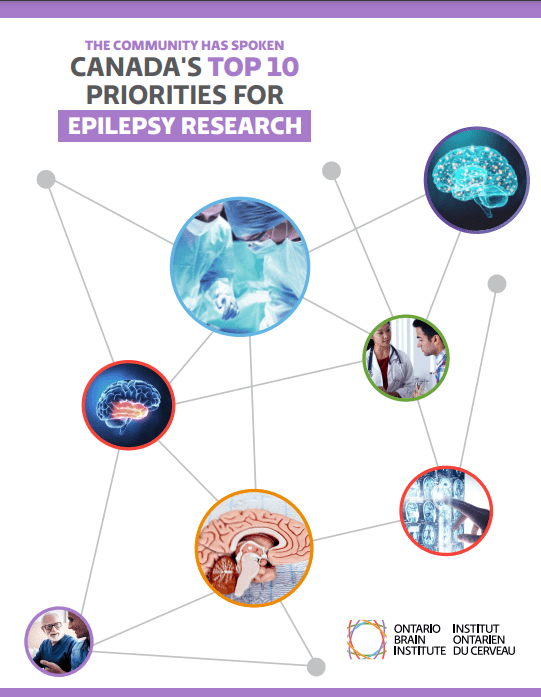 On Monday, Epilepsy Research UK announced the launch of a James Lind Alliance (JLA) Priority Setting Partnership (PSP) to establish the future research priorities of epilepsy in the UK. This Partnership will bring together clinicians, patient groups and people affected by epilepsy to identify and prioritise areas of healthcare that can be improved by research. Leading UK epilepsy charities Epilepsy Action, Young Epilepsy, SUDEP Action, Epilepsy Society and Epilepsy Research UK will work together to oversee this milestone investigation into the priorities of people living with epilepsy.

What do the Canadian findings mean for the UK Epilepsy PSP?

We will now be able to learn from the experiences and findings of the Canadian Epilepsy PSP, and use them to accelerate our own efforts and inform how we will structure the survey. There are many differences between the clinical management of people with epilepsy in the UK and in Canada, and so we anticipate differences in the priorities also.

You can read more about the UK Epilepsy Priority Setting Partnership here.