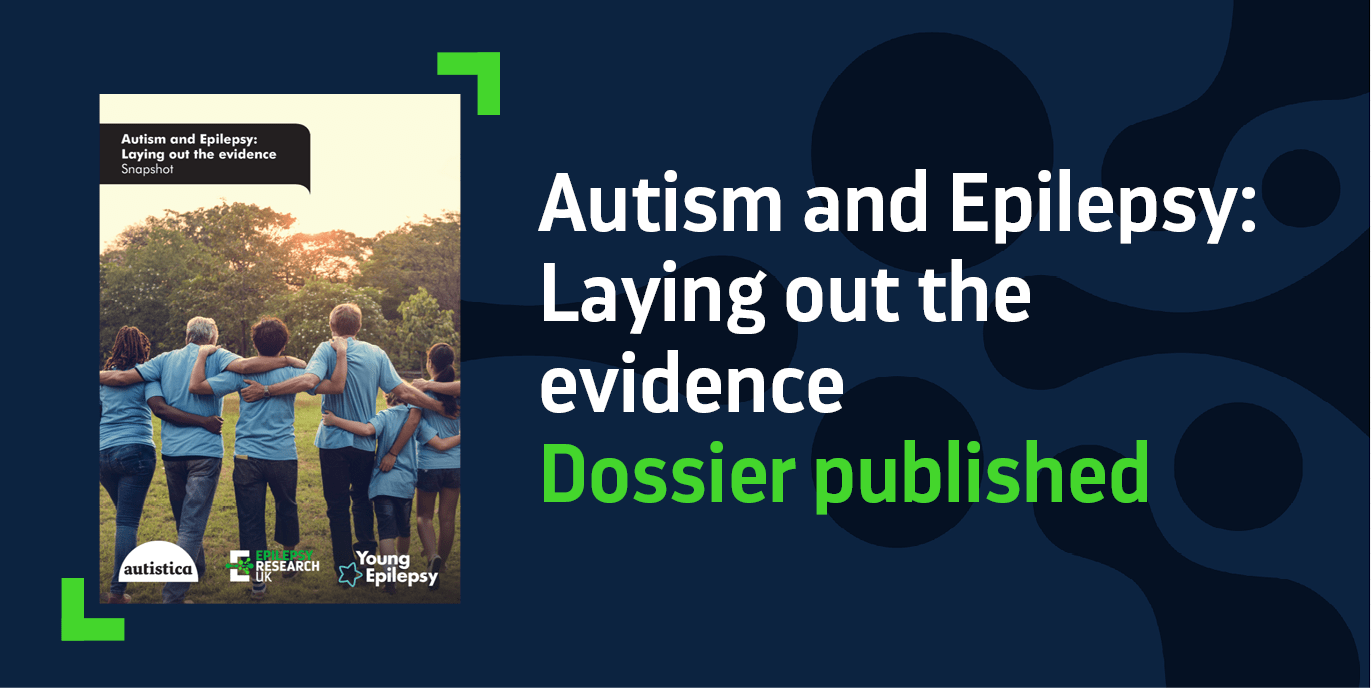 Today sees the publication of the ‘Autism and Epilepsy: Laying out the Evidence’ report, a first of its kind investigation into the co-occurrence of epilepsy and autism commissioned last year by Epilepsy Research UK, Autistica and Young Epilepsy.

Carried out by Dr Colin Reilly at University College London, the research looked at the lack of scientific understanding of epilepsy in autistic people and highlights the urgent need for greater research investment in this area.

As outlined in the report, autistic people with epilepsy face some of the starkest inequalities in the world. Approximately 8.4 million people have both conditions around the globe and on average have poorer quality of life, poorer health and shorter life expectancy. There has been an awareness of this for some time, but a lack of evidence-based strategic action has blocked progress.

The report aims to provide that evidence in order to support further research investment and highlights some important future research questions.

You can view the Autism and Epilepsy: Laying out the Evidence – Snapshot report here.

What are some of the key findings?

The review of existing literature, the Patient and Public Involvement (PPI) group discussions and analysis of the economic impact of living with both conditions highlighted the paucity of research in this area, and the urgent need for more research investment. This includes:

The findings of the project have significant implications for current practices and future research and highlighted the urgent need for increased research investment.
Dr Colin Reilly

The PPI group highlighted many considerations yet to be studied

We still know little about the ways in which epilepsy and autism interact with one another and the impact that living with both conditions has on individuals. This report is an important step in the right direction to better understand the prevalence and incidence of epilepsy in autistic people and provides clear evidence that, to improve lives, more research investment in this important area is desperately needed.

The Autism and Epilepsy: Laying out the Evidence project was funded by Epilepsy Research UK, Autistica and Young Epilepsy. We are especially grateful to the PPI group members who contributed to the project.

You can read Dr Colin Reilly’s Research Blog on the Dossier here.

Make a donation of