The initial incident was followed by a cluster of seizures and I was taken by ambulance to the hospital for emergency treatment. The results for the CT scan, MRI scan, and EEGs all came back appearing normal. They ruled out a brain tumour or any vascular causes, then followed around six or seven months of trying various antiepileptic medications. Eleven months later and there are still many questions to answer. The cause and triggers are still unknown, and I haven’t found a medication that works effectively.

I’ve realised I knew relatively little about epilepsy. Like many people, I mostly associated it with photosensitivity. Through my work as a physiotherapist and playing rugby when I was younger, I had encountered the condition before. I’ve known players who have had to retire due to epilepsy and I’ve since learned that other people I was at school with have also been diagnosed. Epilepsy is certainly more common than many people realise. Despite all this, I didn’t ever really expect it would arise later in my life.

Due to my career, I’m used to staying active and like to go running with my dog, often in remote places, but this could now create its own issues. I ran the London Marathon in 2017, which I think was the hottest on record. But joining #TeamERUK for the 2021 race feels like a bigger challenge due to my diagnosis – it’s given this race a personal meaning and given me focus.

It does seem that many other conditions are better understood and that more funding needs to be brought into epilepsy research. From what I’ve read, there is a growing body of evidence around epilepsy, but there are still huge areas we’re still unsure about, such as identifying the causes. If we don’t know the cause of a condition then it’s a lot harder to prevent it. We need to fill in these gaps. 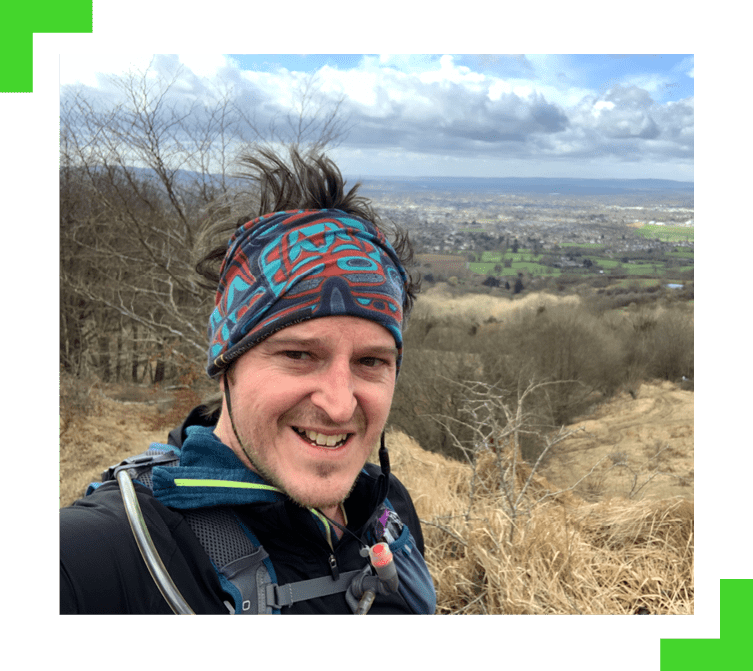 In sport, we’re always pushing for those small margins; what can we learn from last season? How can we do what we’ve done better? In many ways, I think research is like this. When all added together, the small margins you fight for are what make the difference.

A life free from epilepsy is possible. But only through research.

Thank you for your continued support.